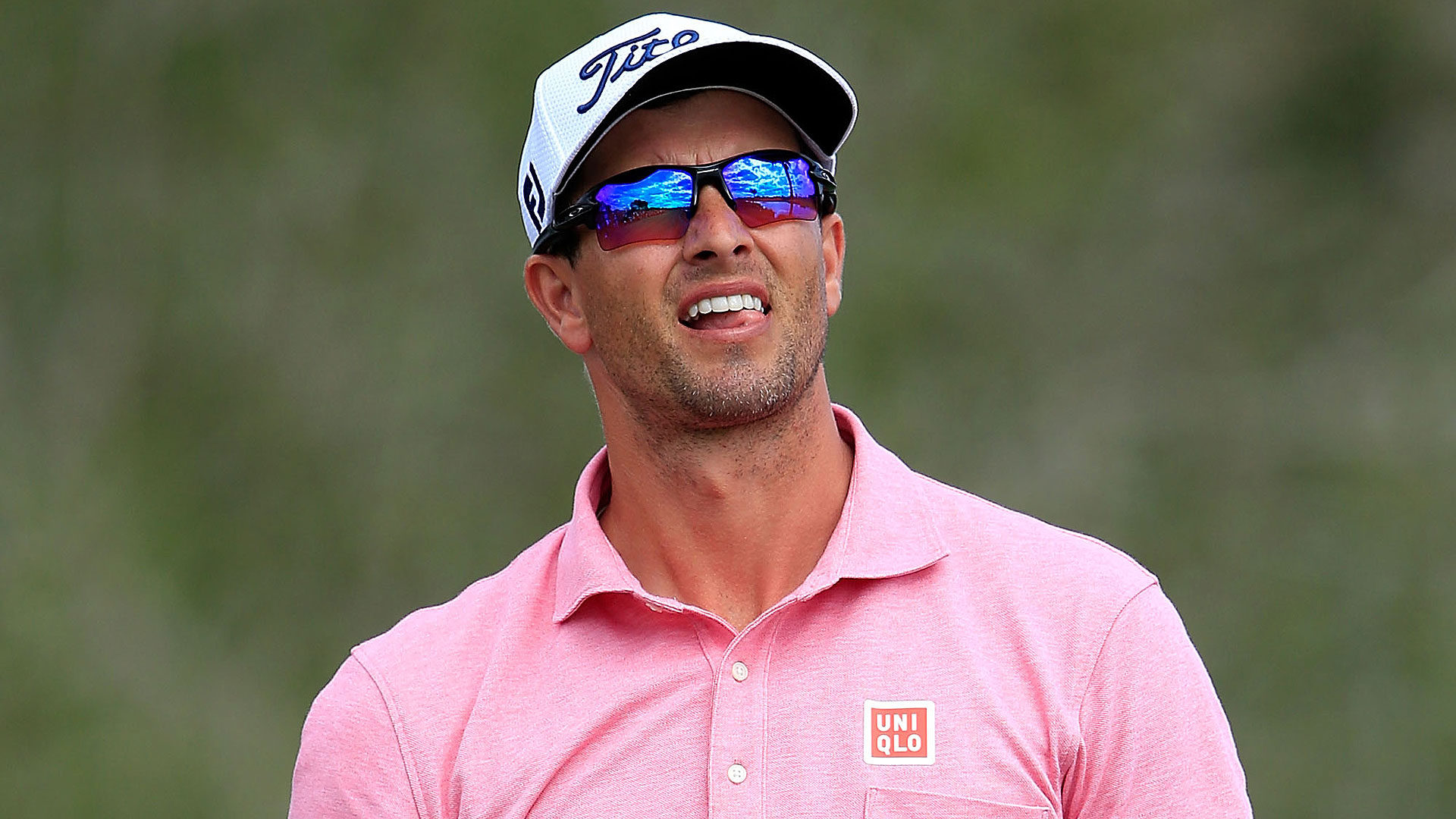 PALM BEACH GARDENS, Fla. – He came up just short last week, but this time Adam Scott left with the hardware. Here’s how things ended up at the Honda Classic, where Scott held off Sergio Garcia for a one-shot victory:

What it means: Scott and Garcia began the day tied at the top, but Scott birdied the opening hole and held at least a share of the lead the entire rest of the way. While he briefly bobbled with bogeys on Nos. 9 and 10, the Aussie held on down the stretch for his first worldwide win since 2014 – and his first since the anchoring ban went into effect.

Round of the day: John Huh was a surprising inclusion in Tuesday’s Ryder Cup dinner photo, but the American picked up some points with a 4-under 66 Sunday at PGA National. Huh had five birdies against just a single bogey, and at even-par 280 he finished in a tie for 14th.

Best of the rest: William McGirt made a big move with a 3-under 67 amid another day of blustery conditions. McGirt had four birdies against a single bogey to finish T-8, continuing a quietly solid season that includes six top-25s in nine starts.

Biggest disappointment: While the final-round duel had promise, it failed to deliver. Garcia opened his round with 10 straight pars and never got anything going, rolling in a birdie on the 72nd hole to trim the margin when the outcome was no longer in doubt. It’s a strong runner-up finish for the Spaniard, but his search for his first PGA Tour win since 2012 continues.

Shot of the day: Scott was coming off a three-putt bogey on No. 16 and faced a daunting tee shot on the par-3 17th. But for the second straight day, he stuffed his shot inside 15 feet and while he didn’t make the subsequent birdie, a par was still enough to increase his lead to two shots heading to the final hole.