Scott 'embarrassed' to shank shot in front of Phil 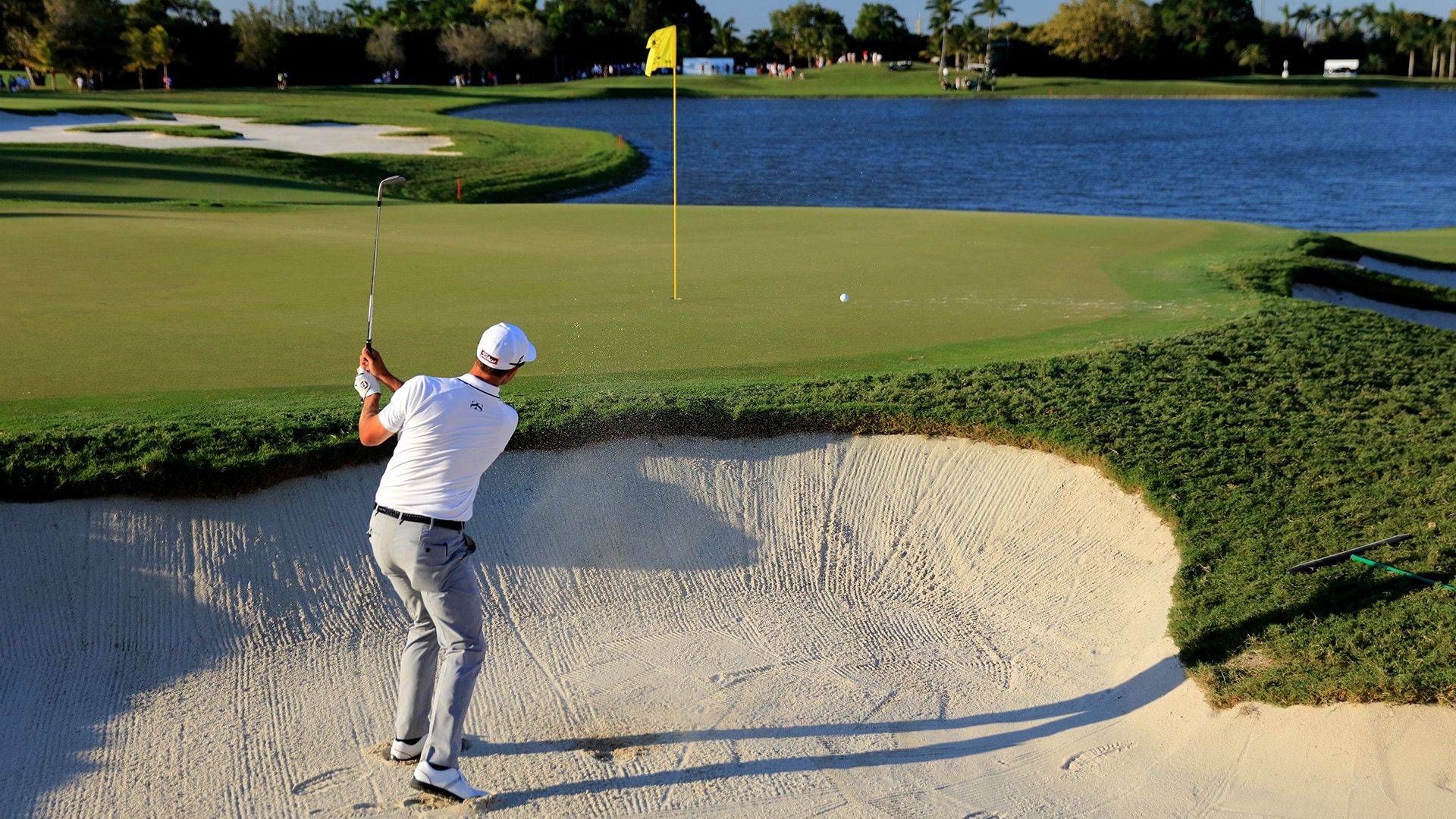 DORAL, Fla. – Clinging to a one-stroke lead on Sunday at the WGC-Cadillac Championship and facing a relatively straightforward bunker shot from behind the 16th green, Adam Scott was already doing the math.

“I felt if I get that up-and-down [for birdie], I'll go on and win,” Scott said. “I have a two-shot cushion at that point, and I felt really in control, and then all of a sudden, a lot of things run through your mind.”

The result was a shank that nearly flew into an adjacent bunker. Scott would get up and down for par at No. 16 and go on to win the event, but that didn’t ease the pain of such a poorly played shot.

“I was so embarrassed to do that playing with Phil Mickelson,” Scott said. “I mean, he would be lipping it out or holing it, and I'm shanking it nearly into the next bunker. It shocked me a bit. I just tried to be too fancy and probably showing off in front of Phil a little bit.”

Scott was so embarrassed, in fact, that he apologized to his caddie, David Clark, not once but twice.

“He apologized after he putted out and then again as we were walking off the green and I said, ‘You don’t have anything to apologize to me about,’” Clark said.