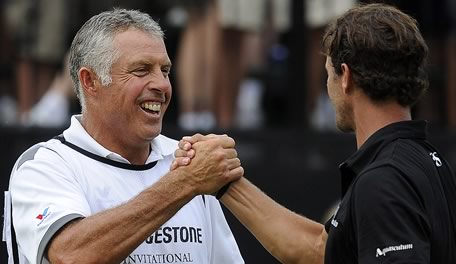 DORAL, Fla. – Making his season debut this week, Adam Scott will have new caddie Mike Kerr walking alongside him during the WGC-Cadillac Championship.

That familiar face who held the job for more than three years? Don’t expect a comeback anytime soon.

As he’d promised for years prior, Steve Williams – who was on the bag during Scott’s lone major championship at the 2013 Masters – retired at the end of last year and remains away from the game.

“For the moment, I think Steve's done,” Scott said on Wednesday. “The last time we spoke about him caddying again was at the back end of last year, and to me he said, ‘I'm going to take a year and be at home.’ I honestly believe he's thoroughly enjoying that, and he's got pretty involved with all things New Zealand back there that he does - racing and coaching rugby and all that kind of stuff, playing some touch rugby himself. So I think he's pretty content with that for this year.

“But I don't know, I haven't talked to him about that for a couple months.”

Despite his retirement, Williams recently made headlines when he joined fellow caddies in a class-action lawsuit against the PGA Tour.