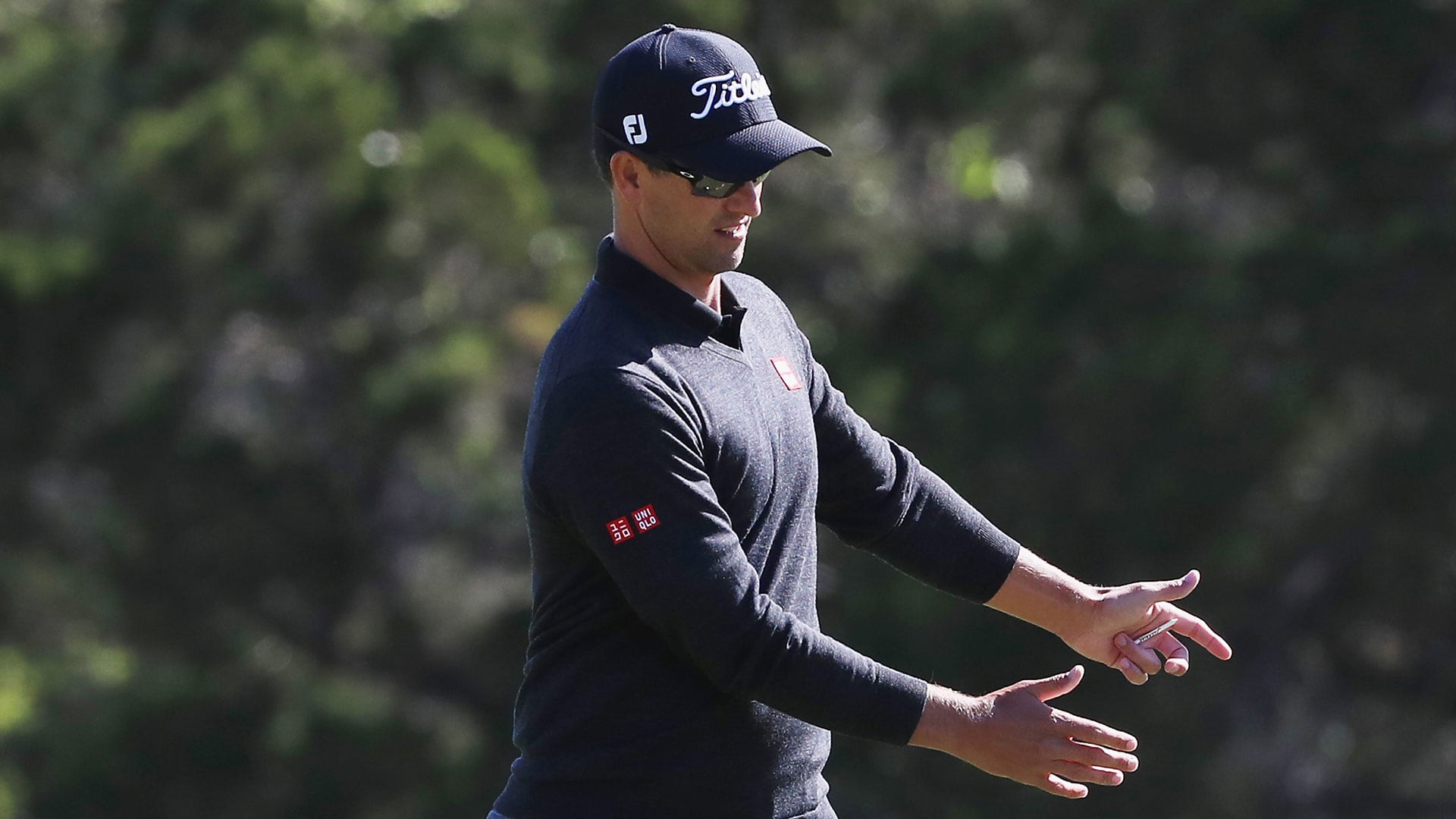 AUSTIN, Texas – Frustrated with his game during a back-and-forth match with Bill Haas, Adam Scott still had a chance to advance to the knockout stage of the WGC-Dell Match Play if he could birdie the short par-4 18th.

Needing to win the match outright, Scott couldn’t control his wedge shot coming out of the right rough, leaving him a sharply breaking 20-footer that slid by the cup. Haas then put him out of his misery, coaxing his 12-footer down the hill and into the cup for a 1-up victory.

“I can’t be upset I lost the match playing like that,” Scott said afterward.

Scott and Haas didn’t halve a hole after No. 7 Friday. They each made their fair share of mistakes, but over the last seven holes they also combined for five birdies and an eagle.

One up on 17, Scott left his downhill 20-footer short. Haas stepped up next and made his 12-footer for birdie to square the match.

Leading the group by a half point, Haas needed only to halve the match to reach the round of 16. Instead, he improved to 3-0 after knocking his wedge shot to 12 feet from the same yardage (66 yards) as Scott.

“When we shook hands, he said, ‘I don’t know what to say about that, but you need to play better tomorrow,’ which was the truth,” Haas said. “It wasn’t pretty golf. To finish the way I did, that’s going to feel good tonight.”