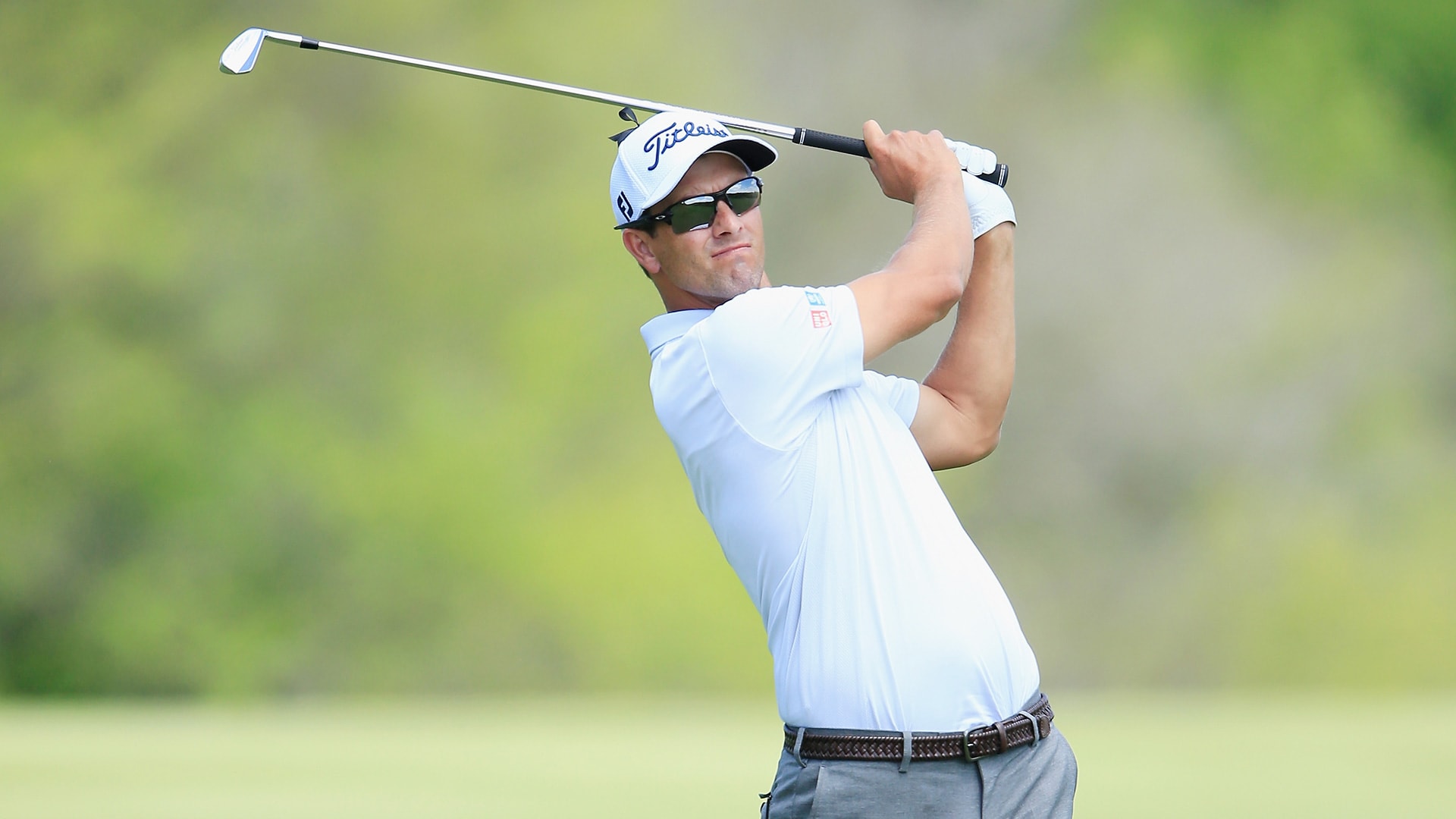 In control of his match Wednesday against Thomas Pieters, Scott lost the 16th hole after leaving himself in a tough spot, then dropped the 17th after Pieters made an 18-foot birdie putt. They halved the match.

“It’s pathetic,” Scott said. “I finished par-par-par, but just didn’t beat the guy that I’m playing today. You’ve got to close it out like you’re trying to win a tournament, and that wasn’t good enough today.”

Scott has had a rough time in this event of late. He went 0-3 in pool play last year and got knocked out in the first round three consecutive years before that. He hasn't won a match since 2010.

He appeared on the verge of ending that skid, but he sent his approach shot into the par-5 16th long and left of the green. From a severe downslope, his pitch shot raced across the green and led to a par.