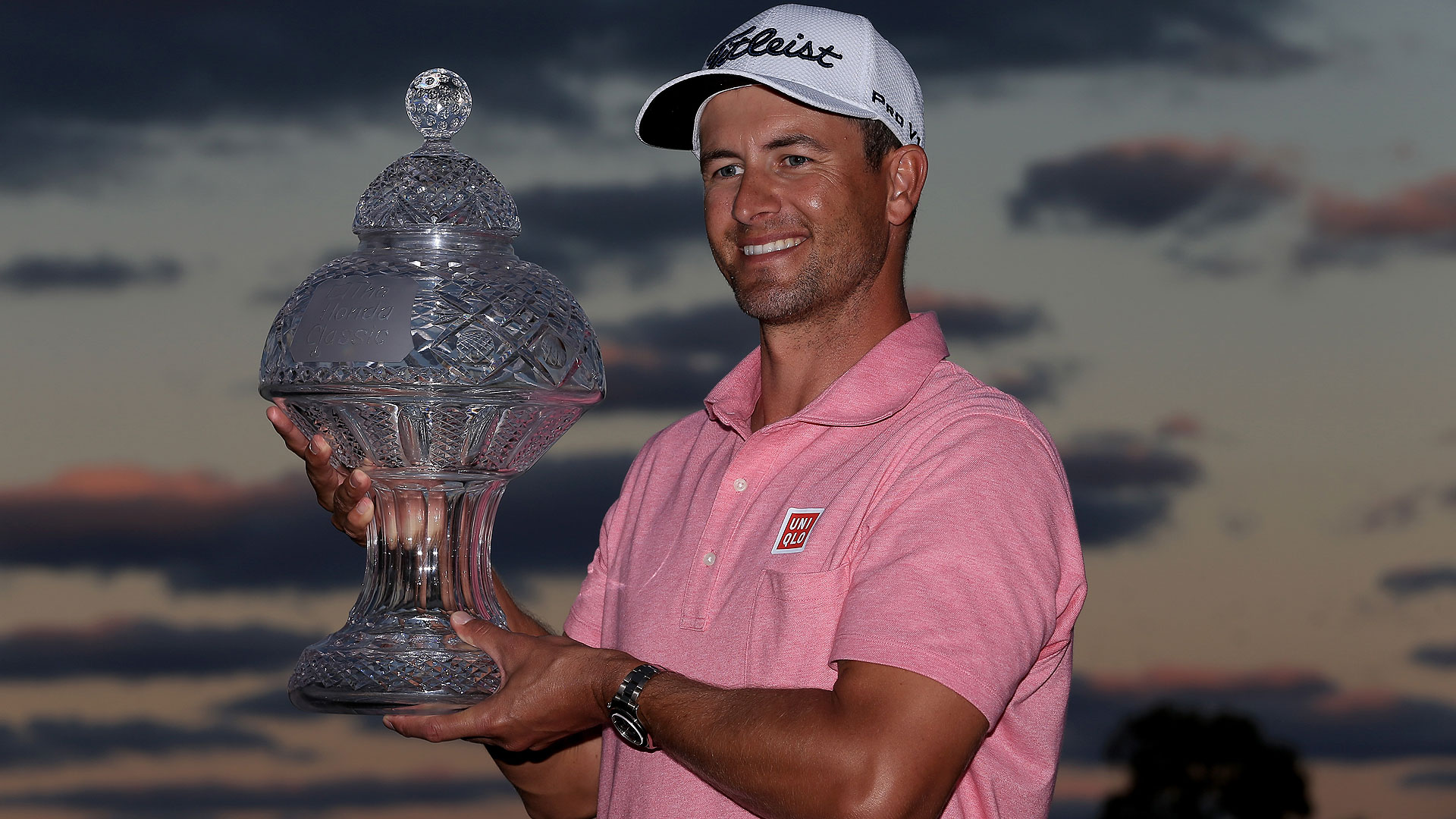 JUNO BEACH, Fla. – Less than 24 hours after earning his 12th PGA Tour title, Adam Scott was back at work with an 8:40 a.m. tee time at the Seminole Pro-Member, an annual event that draws some of the game’s top players.

Scott, who shot a gross 70/net 68 paired with Stan Druckenmiller, said he had no problem finding the energy to pick up where he left off on Sunday following his one-stroke victory at the Honda Classic.

“I just behaved myself last night,” he smiled.

Instead of reveling, Scott spent Sunday reflecting on his victory after nearly a two-year title drought.

“It’s hard to rank this one [Honda Classic victory], but I think it could be a significant victory,” said Scott, who moved to ninth in the world ranking with his victory. “It’s an opportunity to take ’16 by the horns and go on with a confidence and try to win a major or two.”

Scott said he didn’t feel any added pressure to earn his first victory since 2014 at Colonial, but instead it was encouraging to close out a tight tournament on a demanding golf course.

“I guess there is some sense to win again, it was most satisfying to win having played really good golf,” he said. “You have to take advantage of those chances when you have them.”

Scott, who is scheduled to play this week’s WGC-Cadillac Championship, was five strokes off the early lead set by Luke Donald at Seminole Golf Club.