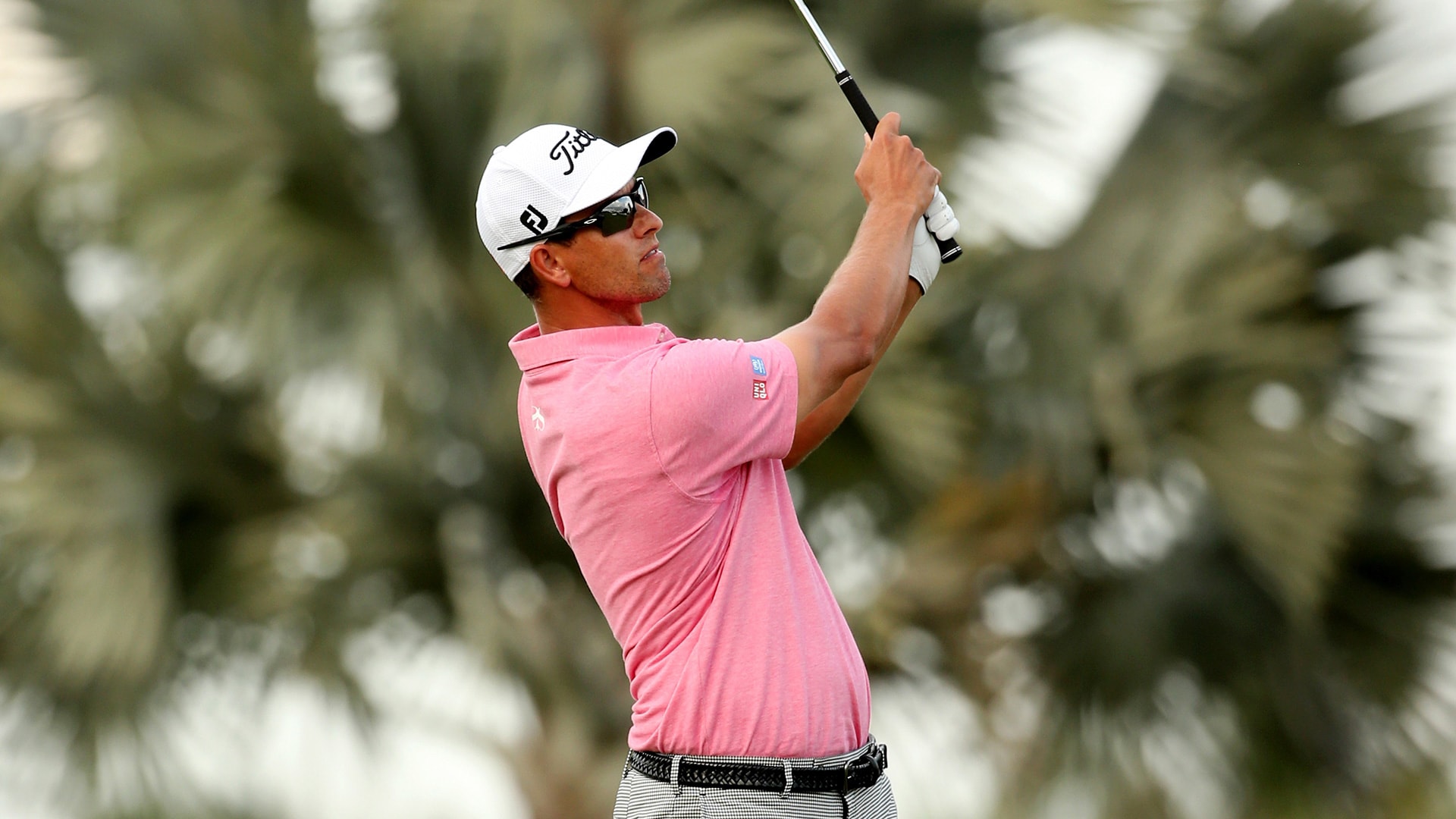 DORAL, Fla. – Adam Scott’s second-round 66 on Friday at Doral was even more impressive considering how hectic the last three weeks have been for the Australian.

After finishing runner-up at the Northern Trust Open two weeks ago, he won the Honda Classic last Sunday and spent Monday playing in the annual Seminole Pro-Member, where he shot a gross 70/net 68 paired with Stan Druckenmiller.

On Thursday, he admitted to going on “auto pilot” early in his round, but he has been sharp ever since despite the fatigue that comes with being in contention.

To combat that fatigue, Scott said he’s changed his routine this week to conserve energy.

“I really haven't practiced this week at all,” said Scott, who leads Rory McIlroy and Dustin Johnson by two strokes. “I've just done my warm-ups and gone home, and that's kind of where it's at. Like I said, I'm pretty tired on my feet now, and would like to put the feet up for a bit.”