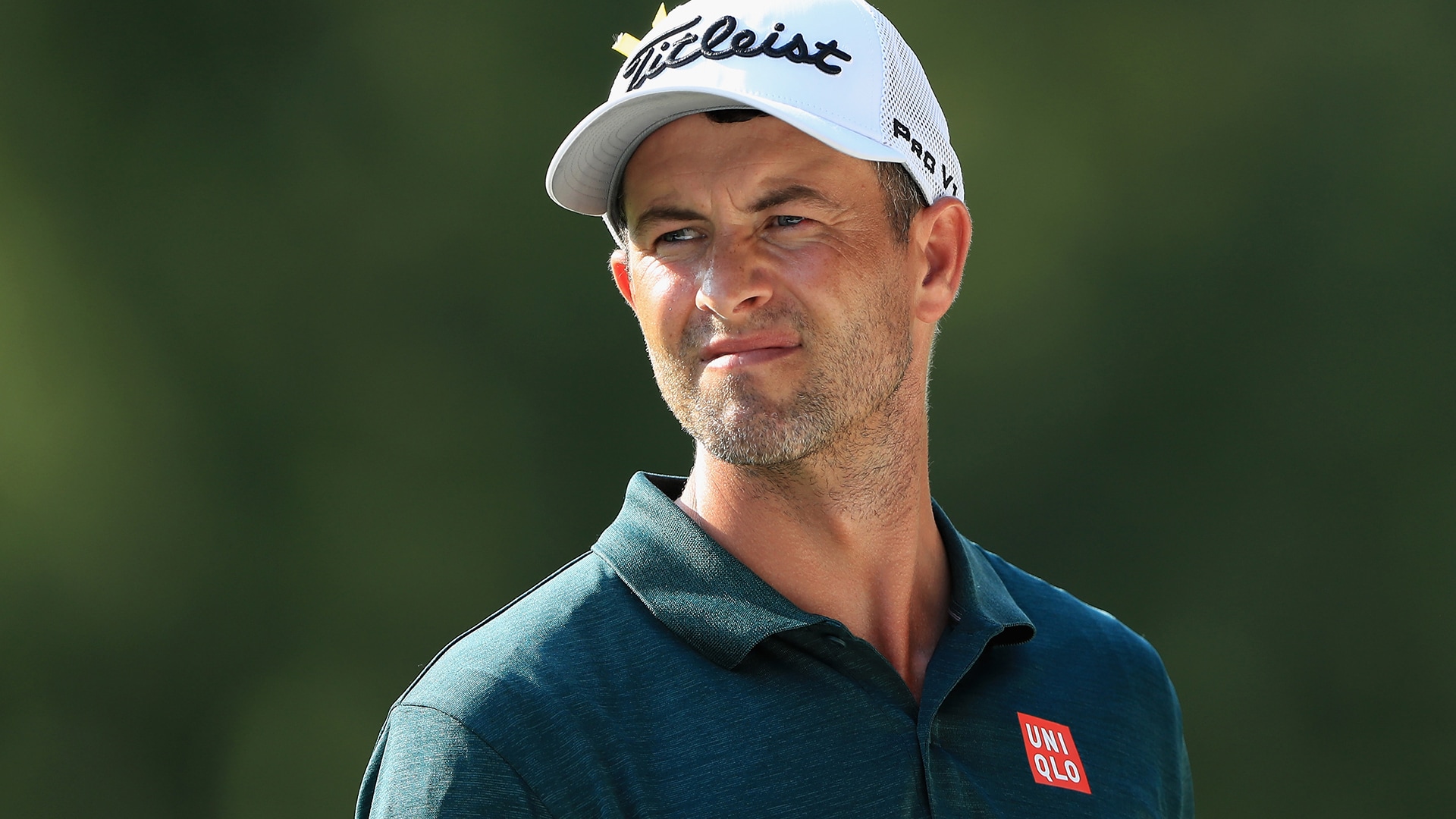 Once a model of consistency, Scott had rattled off at least one worldwide victory a year from 2001 through 2014, when he ascended to No. 1 in the Official World Golf Ranking.

But the years since have proven a struggle. His win streak came to an end in 2015. Back-to-back victories at the Honda Classic and WGC-Cadillac Championship early in 2016 looked to be the start of a revival, until they weren’t.

In fact, Scott hasn’t won since. He recently dropped as far as 82nd in the world, his lowest ranking in more than 15 years.

He was in contention over the weekend at last month’s Open Championship at Carnoustie, finishing T-17, but that was the first time in quite some time that the 2013 Masters champion had factored in a major.

“I don't know. I would have to think hard. It's been quite a while since I was really in contention, which has been quite frustrating,” he said Saturday night, seated in the PGA Championship’s media room at Bellerive. “But I'm glad I got a dose of it today, because I want a whole lot tomorrow.”

Scott vaulted up the leaderboard with a third-round 65 and will enter Sunday at the PGA 10 under par, two off the lead held by Brooks Koepka. It’s a loaded leaderboard, with Jon Rahm, Rickie Fowler, Tiger Woods giving chase, but it will be Scott and Koepka by themselves in the final pairing of the final round.

“There are going to be about 10 of us looking for that round of the year for everyone tomorrow,” Scott said. “Someone will go out and do it, and I'm glad I'm in that position that it could be me.”

Now 38 years old and five years removed from becoming the first Aussie to don the green jacket, Scott appreciates the opportunity that’s in front of him a little more than he might have when he was accustomed to a late weekend tee time.

“I'm going to relish it tomorrow because if it's another five [years before my next chance], basically you're wheeling me out to pasture, you know, at that point,” he said. “So I want to make the most of this and hopefully it's the start of some continued form in the big tournaments.”

And then, of course, there’s been the tragedy that’s hung over this championship all week, following the passing of Jarrod Lyle at just 36 years old. There’s been outpouring of emotional and financial support for Lyle’s family from across the golf world, but the Aussies are a tight-knit bunch. It’s guys like Scott and Jason Day who have spent more time with Lyle than others.

“Well, I mean it would be more than twice the thrill for me [to win for Jarrod], but I think no matter who wins tomorrow, I think if that person has met Jarrod Lyle, then they will have felt something with him passing this week,” Scott said.

“It's been such a difficult thing I think for us to get our heads around because we have been removed from Jarrod and his family back in Australia and everything happened so suddenly last week and then this week. I don't even really know if we have all really had time to reflect on it and let it sink in. But I think that a part of everyone's playing for Jarrod out here this week.”