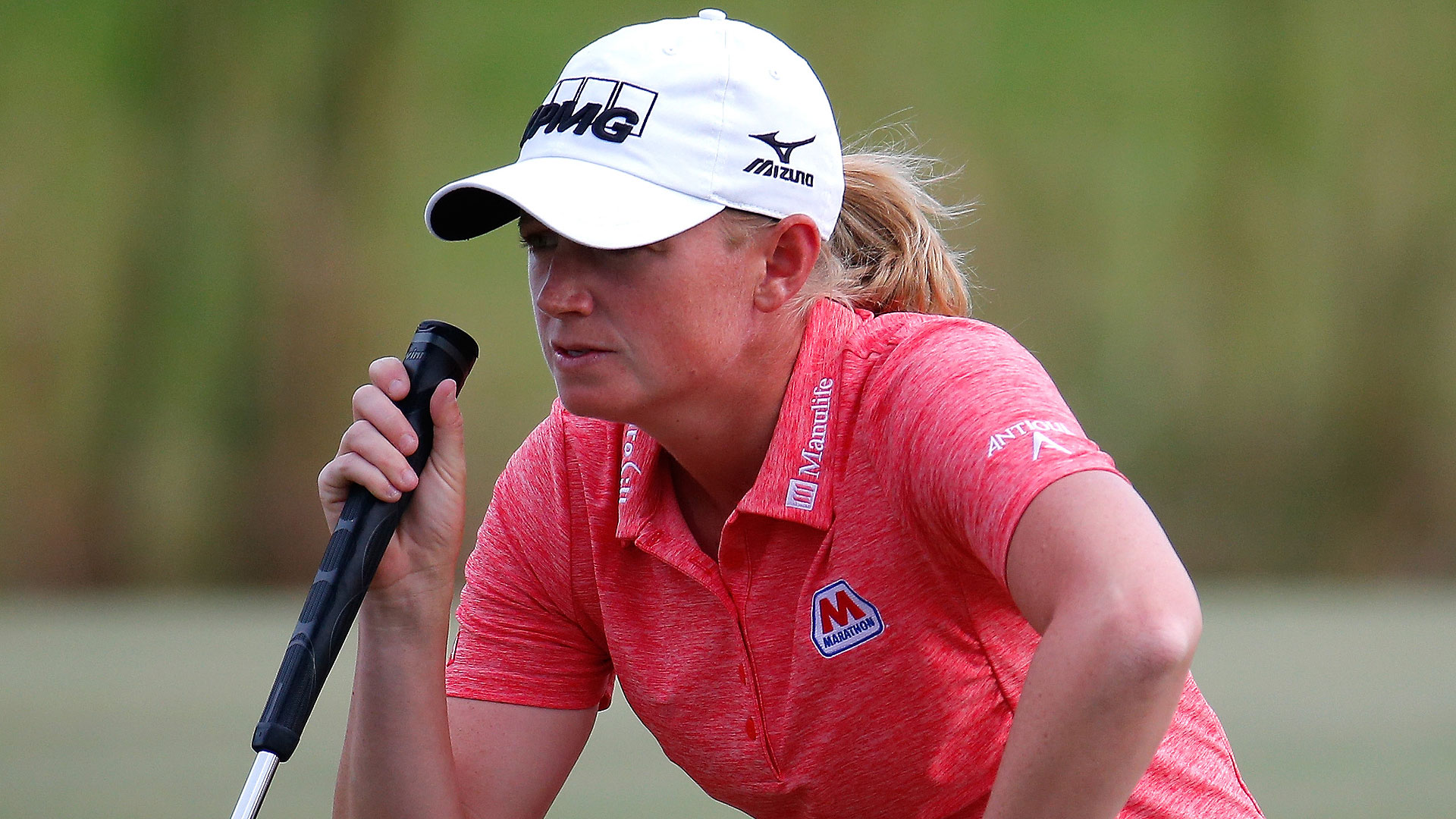 Stacy Lewis wasn’t looking for a wall to bang her head against after yet another second-place finish Sunday at the Pure Silk Bahamas Classic.

Though Lewis didn’t end her 18-month winless spell, instead racking up her ninth second-place finish since her last victory, she said she was pleased where she has her game at year’s start.

“I'm extremely happy with where my golf swing is,” Lewis said. “After today, there are some things I want to work on, but it's in a really good spot right now.”

Lewis shot a 5-under-par 68 but couldn’t catch a hard-charging Hyo Joo Kim, who closed with a 66.

Lewis knows not all second-place finishes are fashioned the same. This was one where she felt as if she played well but somebody else just played better. Lewis hit 17 of 18 greens in regulation but took 31 putts.

“This is one of those days,” Lewis said. “I hit a lot of good putts, especially on the front nine that just didn't go in, and that was this golf course this week. It was pretty frustrating, but I knew it was going to take 7, 8 under to win today. It was a shootout.  Just proud of the way I rallied there on the back and gave myself a chance.”