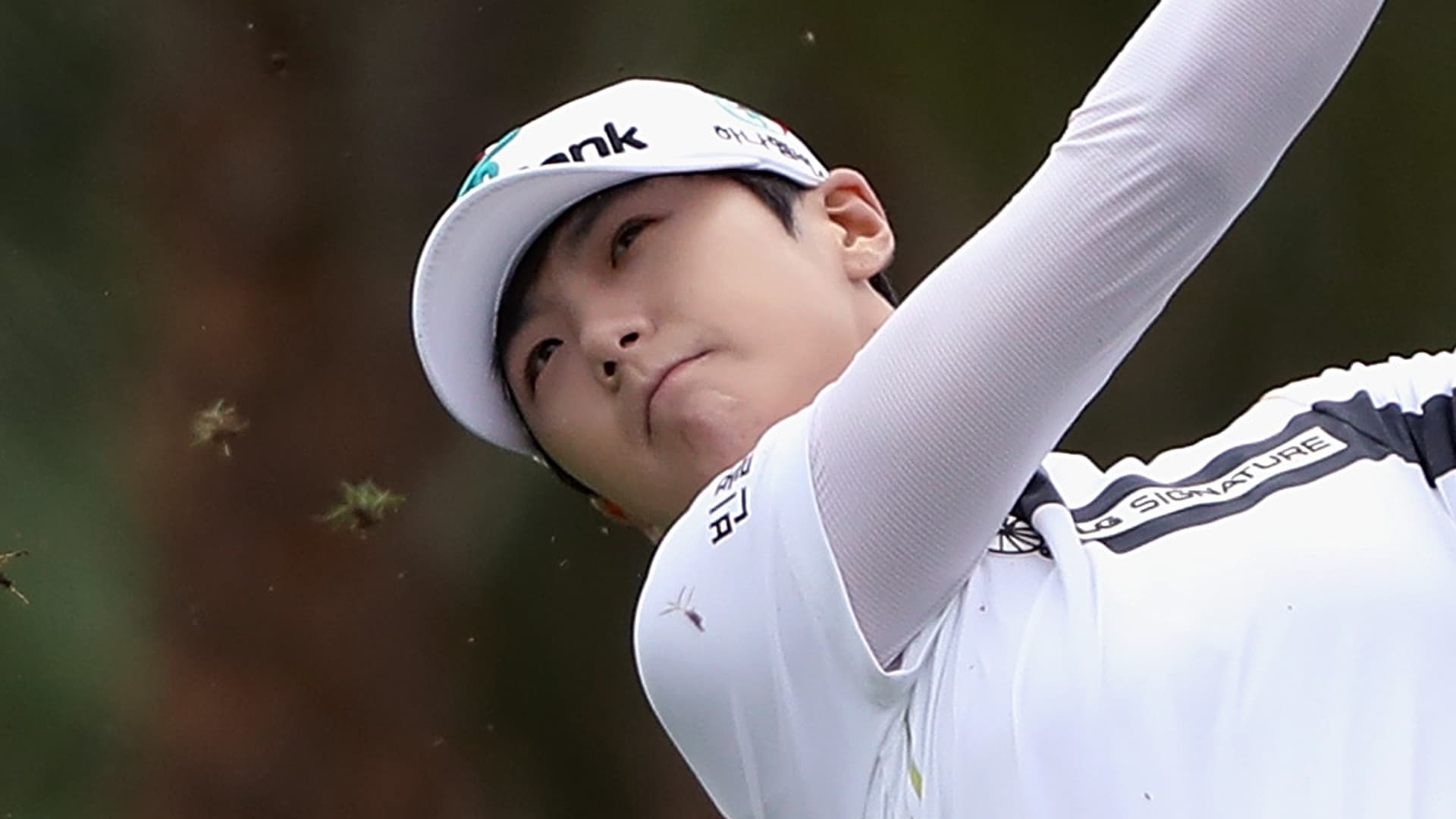 NAPLES, Fla. – Sung Hyun Park made a strong start in her bid to make LPGA history with an epic sweep of the year’s major awards.

Park opened the CME Group Tour Championship Thursday with a 5-under-par 67, moving her a shot off the lead.

Park, 24, can also walk away with the Vare Trophy for low scoring average, the LPGA money-winning title and the Race to the CME Globe’s $1 million jackpot.

Nobody has ever swept all those awards.

There’s even more for Park to claim. She can also take back the Rolex world No. 1 ranking. She’s No. 2, just two hundredths of a point behind Shanshan Feng.

“I think the course suits my game really well,” Park said through a translator. “I think I can play well in the next rounds.”

Park played the course just once before Thursday’s start, in Wednesday’s pro-am.