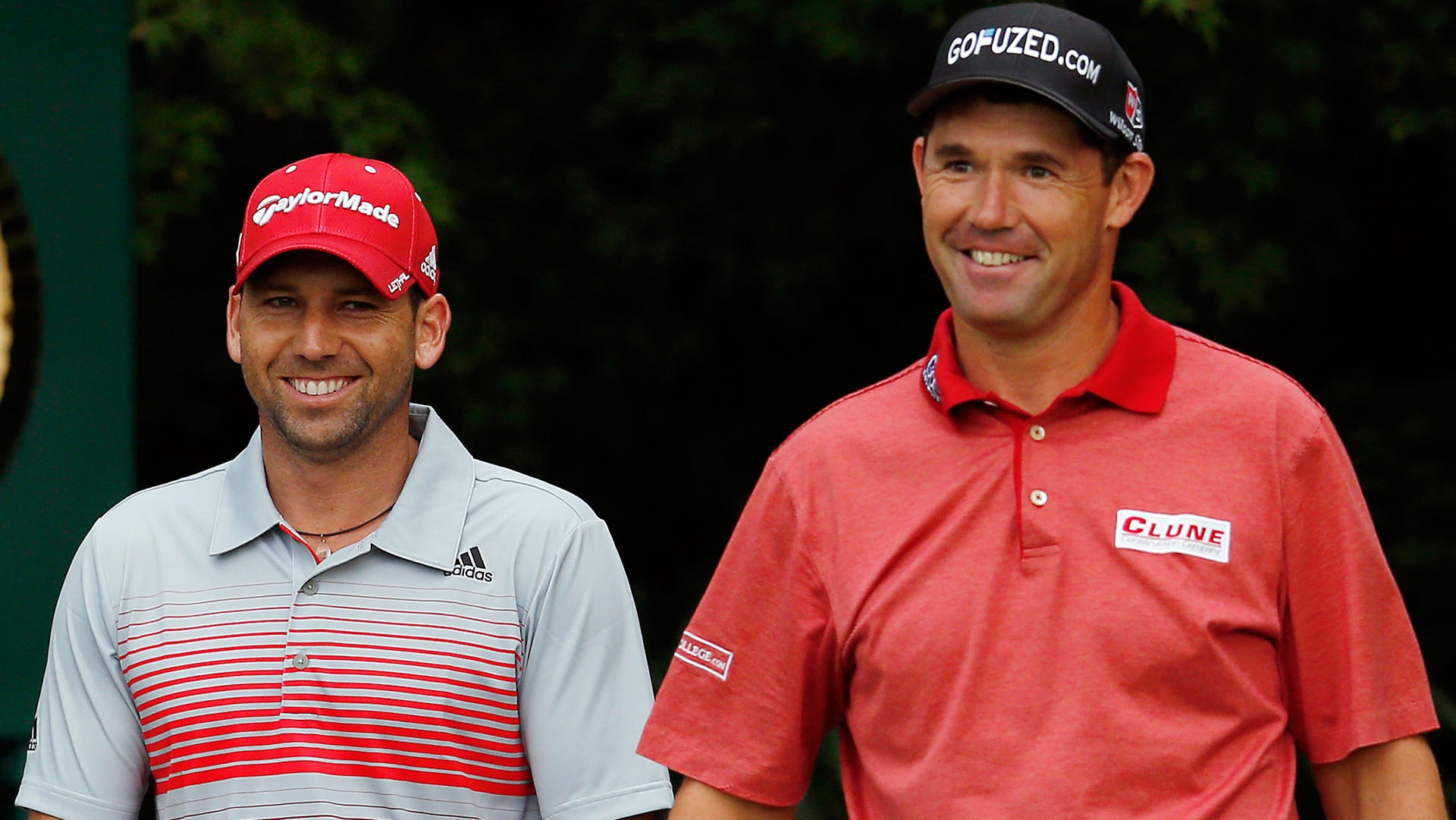 PONTE VEDRA BEACH, Fla. – Sergio Garcia has many reasons to smile at The Players Championship, but one of them is that any lingering animosity between him and Padraig Harrington is now a thing of the past.

Garcia will make his first start as a major champion this week at TPC Sawgrass, five weeks after he defeated Justin Rose in a playoff at the Masters. While that win was celebrated by several of his peers, Harrington called the Spaniard a “very sore loser” days after his major breakthrough and said the two say hello to each other “with gritted teeth.”

Those comments were rooted in past encounters between the two veterans, notably The Open in 2007 and the 2008 PGA Championship, when Harrington twice edged Garcia for major titles.

But the two buried the hatchet last month at Rory McIlroy’s wedding in Ireland, where Harrington said they chatted because “clearly there was an elephant in the room about what I said.”

“I think at the end of the day, we both respect each other,” Garcia said. “I mean, we’ve had our differences here and there, but you know, we’ve had great talks at the Ryder Cup and also at Rory’s wedding. He was like trying to apologize for something he said on Sunday, and I was like, ‘It’s fine. It doesn’t bother me at all. I respect you; you respect me. We’re fine.’

“You know, there’s nothing wrong with us,” he said. “At the end of the day, I think that’s the most important thing. He’s a nice guy, I think I’m a nice guy, and we can all get along fine.”