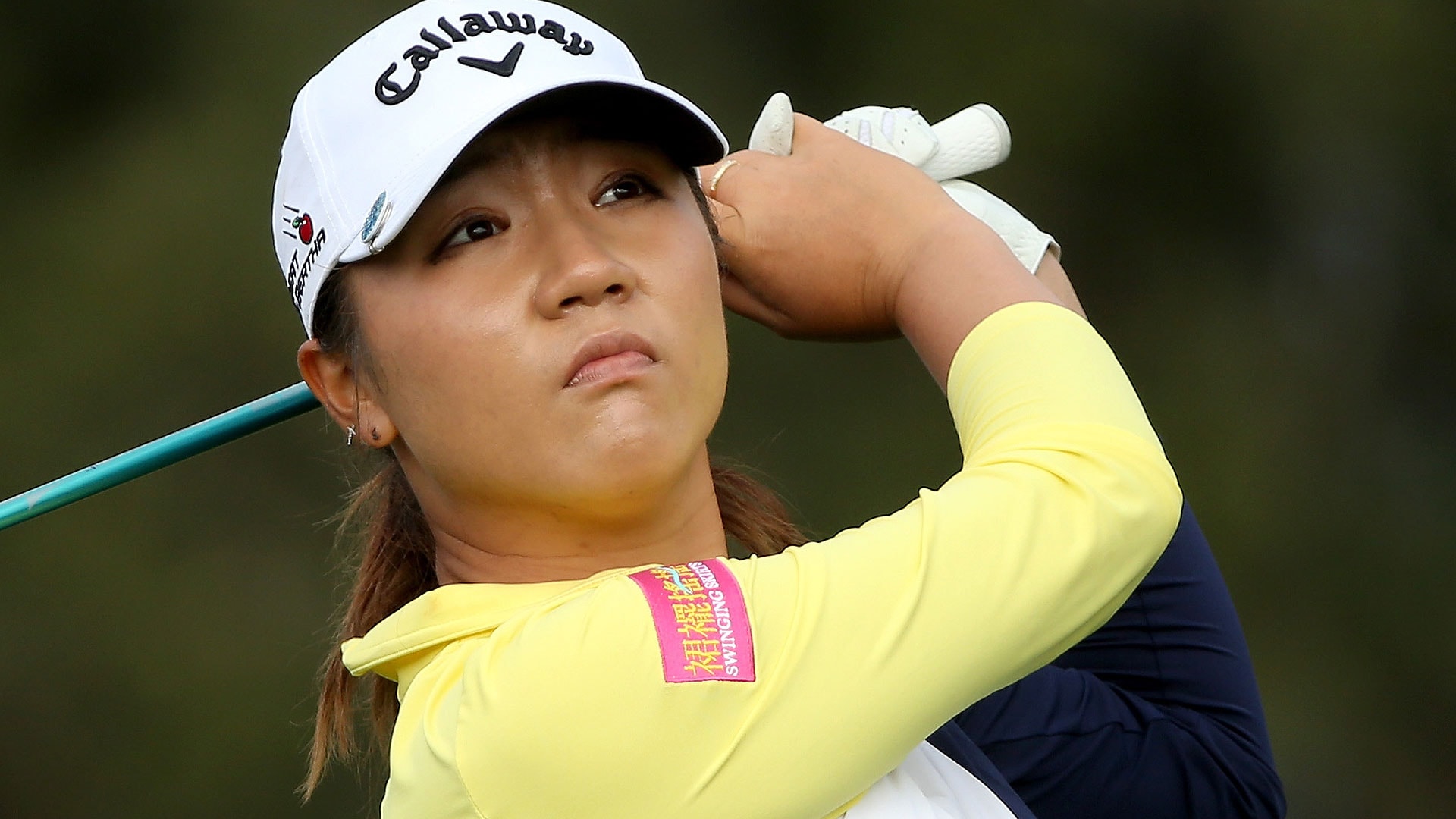 The Rolex world No. 1 had an early wakeup call Friday with a 15-foot putt left to finish off the suspended second round at the Coates Golf Championship. She blew her birdie chance 3 feet past, then power lipped out her putt for par. She made bogey to drop out of a share of the lead going into the third round.

By day’s end, though, Ko was right back atop the leaderboard.

When the horns blew Friday night suspending the third round because of darkness, Ko was tied with Ha Na Jang at 7 under overall. They were through six holes when play was halted.

“Obviously, it's not the best start of the day, but I had a nap and kind of got over it,” Ko said. “It definitely got much better.”

Ko’s putter hasn’t been as cooperative as she would like, but she’s feeling good about where her game is at in her 2016 debut.

“I feel like I've been hitting it pretty solidly,” Ko said. “I think if I keep continuing to do that tomorrow, then obviously I've got to set up a few more birdie opportunities. I've just got to stay positive with the putter.

“I wish a few more had dropped the last few rounds, but sometimes you just have to take what's going. It’s not like every single one of them is not dropping. Some of them are dropping along the way. I just have to stay patient. I think because I was hitting it really good, especially yesterday, when you see a lot of birdie opportunities, you try and push, and so it almost seems like you're having a bad putting day, but you're not. I'm just trying to stay positive out there.”

Ko opened last year at Coates, tying for second. She’s looking to script a better finish this year. She took a one-shot lead to the 71st hole last year but made double bogey. She took home a very nice consolation prize, though. She won enough world ranking points to rise to Rolex No. 1 for the first time, becoming the youngest man or woman to reign at No. 1 in professional golf.

“I know that the other girls are going to make a lot of birdies out there, so I've just got to focus on my game and we'll have to see how it goes at the end of tomorrow,” Ko said.

Moments before Friday’s round was suspended, with dark falling, Ko backed away from a putt on the sixth green, thinking her ball had moved after she addressed it. She checked with her playing partners, Ha Na Jang and Haru Nomura. Neither saw the ball move. She also was informed that TV replays couldn’t detect the ball moving. So, she putted out for par there.

“I wasn't sure, because it's obviously getting a little dark, and with the steepness of the greens, you never know,” Ko said. “I kind of was hovering over it, going back and forth, so I don't know if that action was making it look like it moved or not. We cleared everything, so now I can just go to bed and have a good dinner ... I just wanted to clarify it, so it wouldn't be a problem tomorrow. I'd rather be penalized now than DQ'd later.”