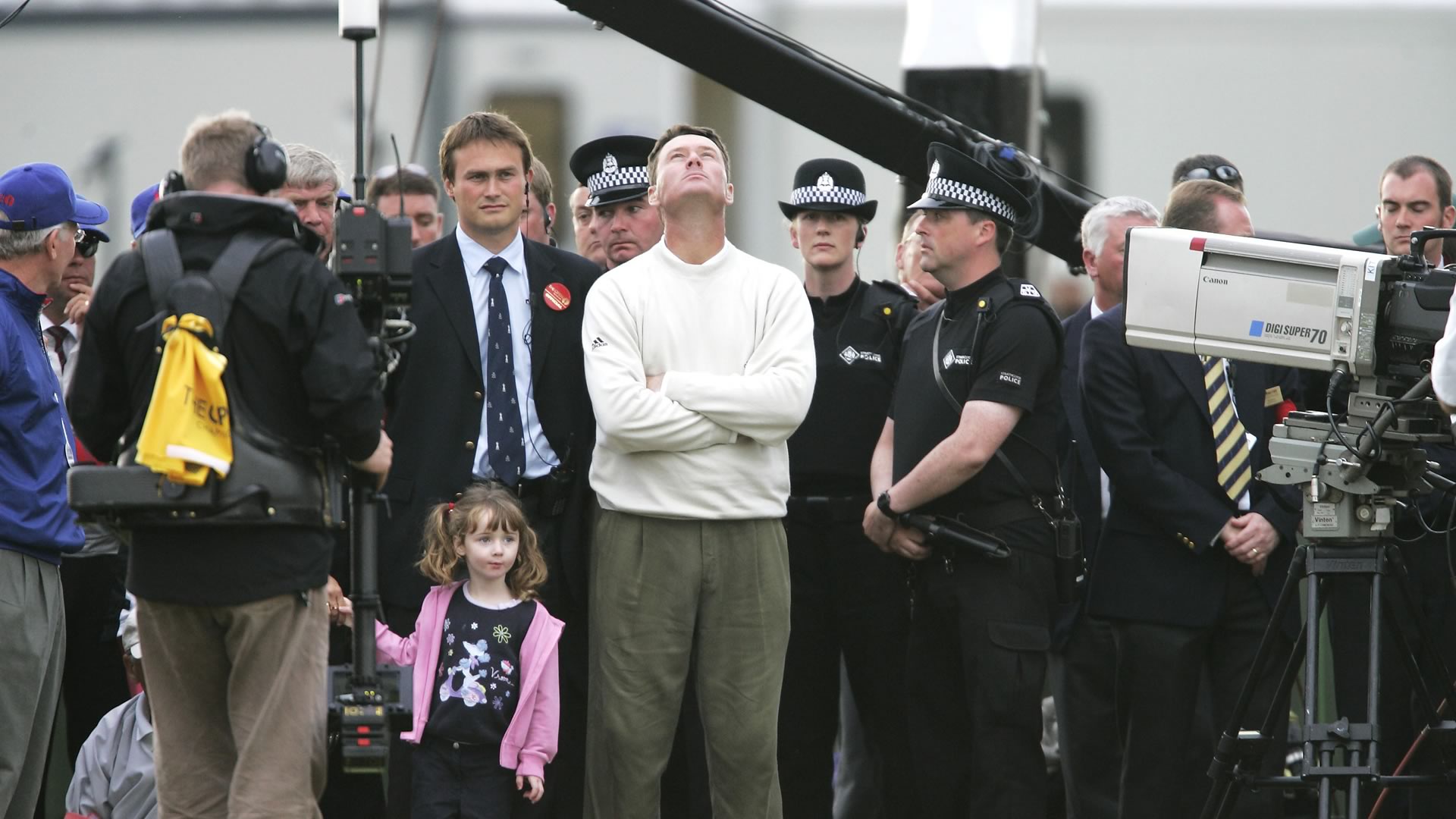 TROON, Scotland – In retrospect, the signs were there. But when you’re in the middle of living the experience, signs are more coincidence than a showcase of fate.

Todd Hamilton was a 38-year-old, world travelling, one-time PGA Tour winner when he arrived at Royal Troon for the 2004 Open. A journeyman, by every definition.

He came over to Scotland with his wife, three kids and his mother. He had won the Honda Classic in March, but there was no reason – even for him – to believe that he would return to the U.S. with the claret jug.

Sure, Ben Curtis, then world No. 396, had won The Open the previous year, but lightning wasn’t likely to strike twice for a surprising American winner.

“Looking back,” he said on Monday at Royal Troon, his first appearance there in 12 years, “there were a lot of odd things that had happened.”

There was the scoreboard incident. Hamilton arrived in Scotland on Tuesday, the byproduct of a delayed charter flight following the John Deere Classic. He was one of the last players on the course that evening and he noticed workers changing scores on the manual, big yellow scoreboard off the 18th green.

“And my name was one of the two that were tied at, I think it was 4 under. They had just kind of done a trial run of the scoreboard, and my name was up there with, I want to say it was Clarke, maybe Darren Clarke,” he said. “And I think they had [David] Duval at minus-3, and again, there were eight to 10 scores. But they had my name at the very top, which I thought was kind of odd.”

There was another incident, maybe it was Tuesday, maybe it was Wednesday, where Hamilton and family – and his caddie, Ron “Bambi” Levin – were at an Italian restaurant.

“As we were being served, the guy that was the owner asked what we were doing in town, are we here for the golf? Yes,” Hamilton said. “And Bambi, Ron, piped up, ‘We'll bring you the jug back Sunday night when we win.’ (and, yes, they did)"

And, not to be forgotten, there was the incident on the flight over.

“[M]y wife sat by a priest from, I think he was from South or North Dakota, and they conversed about what each individual was doing, where they were going, and my wife mentioned that we were coming over to play golf. He ended up praying for us,” Hamilton said.

And so the prayer was answered. Hamilton defeated Ernie Els in a four-hole aggregate playoff.

How much of a miracle was it? Never before or since has Hamilton finished better than T-15 in a major – and that’s his lone other top-25. In 36 career major starts, he has missed 20 cuts.

Hamilton is 50 now and playing on the PGA Tour Champions. No matter what the signs tell him this week, he’s not harboring illusions of repeated grandeur. 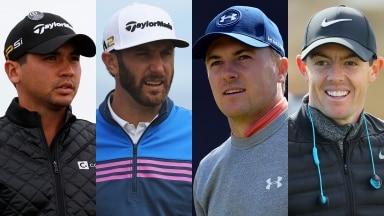 Open should restore sense of order

For the top four players in the world, Troon should provide a major without rules entanglements, setup issues, or distractions. 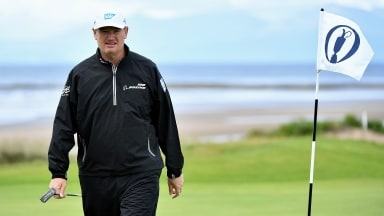 Don't count Els out at this year's Open

On the eve of the 145th Open, two-time Open champion Ernie Els feels confident at a course he finished runner-up 12 years ago. 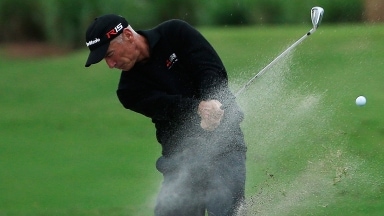 In conditions that more resembled a British Open than South Florida, former major champions Corey Pavin and Todd Hamilton shot 6-under 66s Friday to tie for the first-round lead in the Allianz Championship.