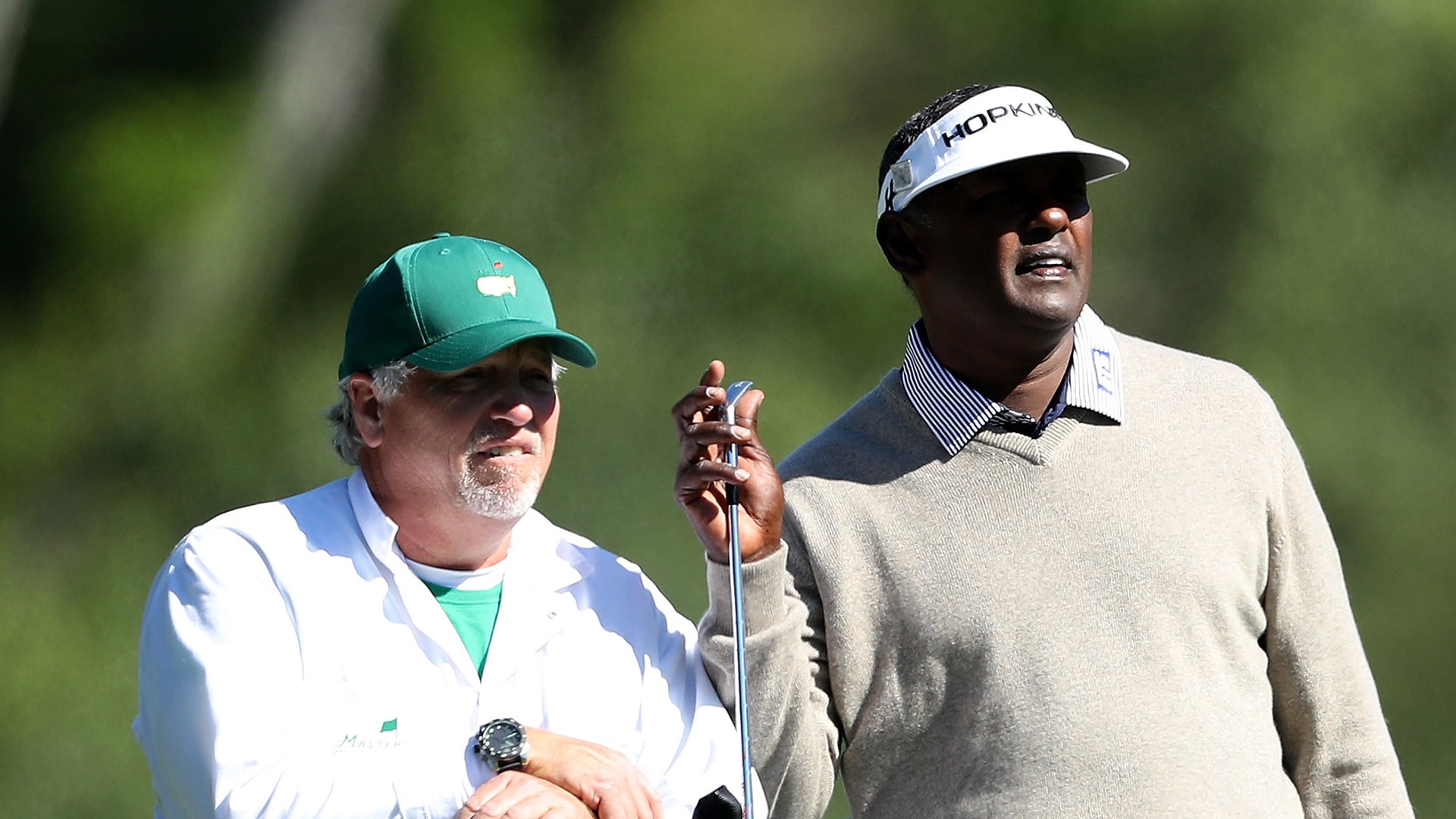 PONTE VEDRA BEACH, Fla. – Following an eventful week for Vijay Singh things got even more interesting following the final round at The Players.

Singh’s caddie Kip Henley tweeted following the final round, “Life's filled with tough decisions. I just made one an hour ago. I am seeking gainful employment. Please don't ask for details.”

Henley confirmed for GolfChannel.com that he and Singh had split but declined to say why.

Singh’s second-round 68 moved the 54-year-old into fourth at 6 under, just three strokes off the lead, but he closed with rounds of 79-70 to finish tied for 17th place.

Henley began working for Singh in March just before the Masters and the Fijian missed three cuts before The Players.