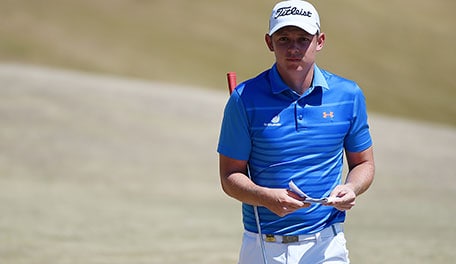 The 21-year-old Aussie was the least-known name on the U.S. Open leaderboard, but that didn’t stop him from authoring one of the tournament’s best shots – a 3-wood approach into the 72nd hole that sent the crowd into a roar and set up a tap-in eagle.

“I said to my caddie, Dan, on the tee, I said, ‘Do we have a shot at getting there?’ And he said, ‘If you hit a good drive,’” Smith said. “Hit a really good drive, ended up just short of the bunker there on the upslope, which helped a lot, and it was just a perfect 3-wood.”

The eagle gave Smith a final-round 68, and he became the only player in the 156-man field to shoot par or better in each round at Chambers Bay. At 3 under, his T-4 finish is the best of his brief PGA Tour career, eclipsing a T-5 result earlier this season at the CIMB Classic in Malaysia.

While Smith didn’t know it at the time, his well-timed eagle opened up a host of opportunities for a player who has made most of his starts in the U.S. on sponsor exemptions. His finish netted enough FedEx Cup points to earn special temporary membership, meaning he can accept an unlimited number of invites throughout the remainder of the season.

“I can’t put it into words at the moment, to be honest,” said Smith, who had missed five cuts in nine prior starts this season. “It still hasn’t really sunk in … I just want to sort of sit in the hotel room and let it all absorb.” 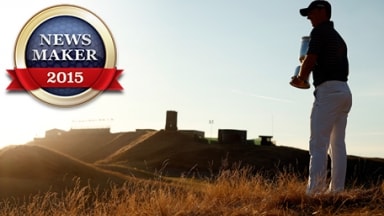 Jordan Spieth walked away with the U.S. Open trophy, but the week at Chambers Bay will be remembered for so much more.