Snedeker has 'no issues' in return from hip injury 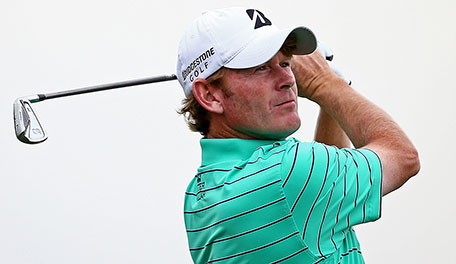 AKRON, Ohio – Brandt Snedeker was all smiles in his first start back since a hip injury led him to withdraw from the RBC Canadian Open.

Snedeker opened with a tumultuous round of even-par 70 at the WGC-Bridgestone Invitational, carding five birdies against five bogeys at Firestone Country Club. It was his first competitive round since he missed the cut at the Open Championship last month.

Snedeker flew from St. Andrews to Colorado because of a hip injury that had been nagging him since the U.S. Open. Snedeker’s doctor advised him to rest, leading the veteran to withdraw from the Canadian Open despite his sponsorship ties to RBC.

“I had a couple muscular problems. My hip flexor was pretty messed up,” Snedeker said. “My back was a little screwed up. Bunch of little stuff adding up to have one big problem and cause a lot of pain.”

Snedeker received “a couple injections and a lot of therapy and rest,” and didn’t touch a club until last Wednesday. He described his opening round in Akron as “a little scrapey,” but was pleased to get it around a difficult course without pain.

“Body felt amazing, the best it’s felt in three weeks today,” he said. “No issues whatsoever, so it’s nice to get out there and play some golf.”

This event marks the beginning of a busy stretch for Snedeker, who is expected to play the next five weeks in a row through the Deutsche Bank Championship.

“This is as rested as I’ve been this time of year in a long time,” he said. “Get this hip thing under control, which I think I have, and keep working out and making sure it’s strong and good, and should be in good shape.”