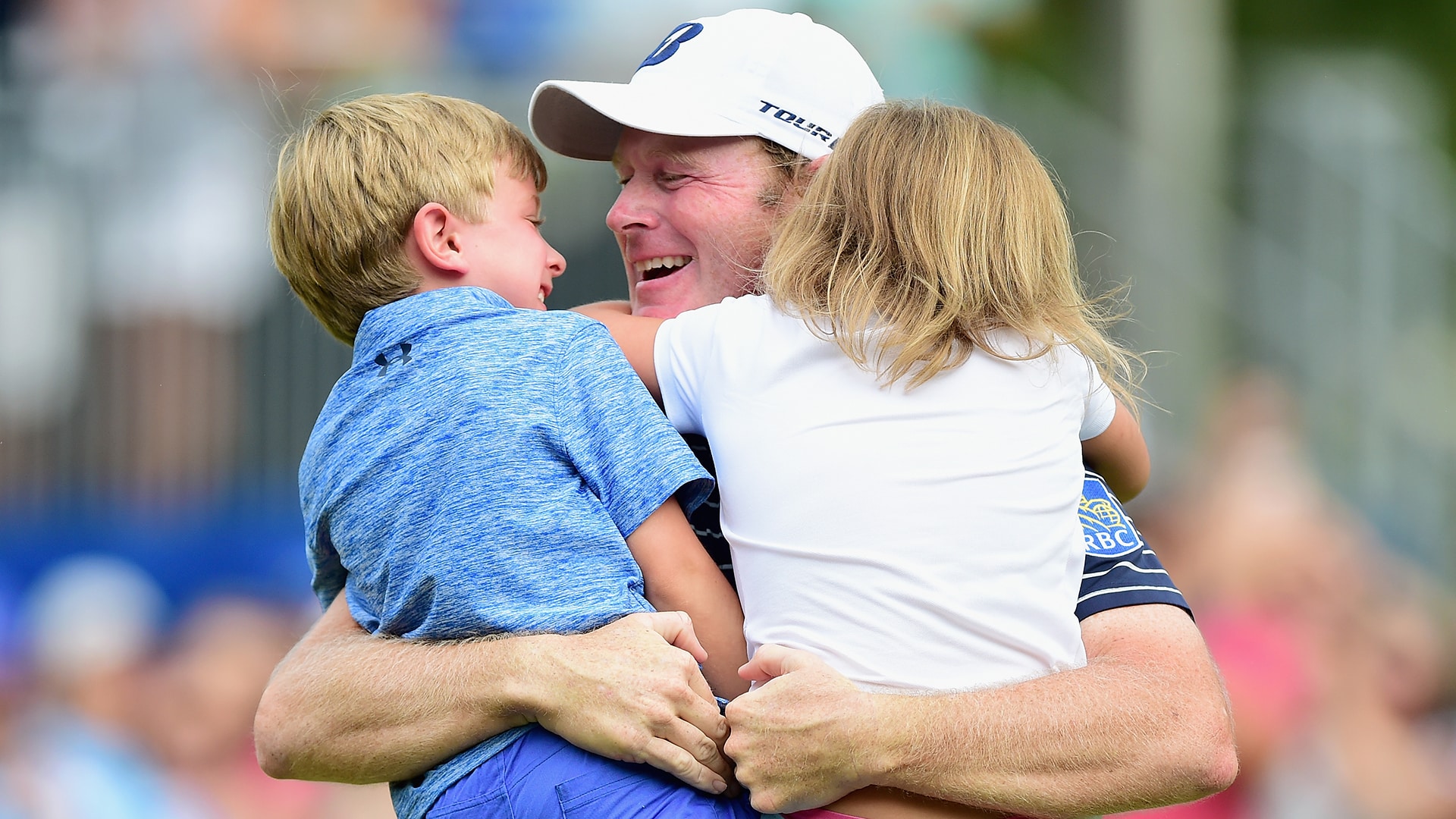 Last December, Brandt Snedeker flew halfway around the world to Indonesia in an effort to crack the top 50 in the Official World Golf Rankings in time to qualify for the Masters. This winter, he can leave the ambitious travel itinerary to someone else.

After shooting a 59 in the opening round, Snedeker hung on for a three-shot win at the Wyndham Championship in the final event of the regular season. It marked his first win since January 2016 and ensured he'll have a spot next spring at Augusta after missing the Masters this year for the first time since 2010.

The victory also propelled Snedeker up 38 spots to No. 50 in the latest OWGR, marking his first return to the top 50 since November.

Snedeker's victory came over another former Wyndham champ in Webb Simpson, who tied for second after a final-round 62. Simpson moved up four spots in the rankings to No. 16, his highest standing since October 2013. C.T. Pan, who was tied for the lead before hitting his final tee shot out of bounds, moved up 60 spots to No. 134 after his T-2 finish.

Korea's Sungjae Im cracked the top 100 at No. 90 following his win at the Web.com Tour's Winco Foods Portland Open, capping a season during which he led the money list every single week. Thorbjorn Olesen's fourth-place finish at the European Tour's Nordea Masters moved him into Ryder Cup discussion and also helped him jump three spots to No. 38 in the world.

There was no change to the ranking of Tiger Woods, who will begin The Northern Trust this week at No. 26 in the world.