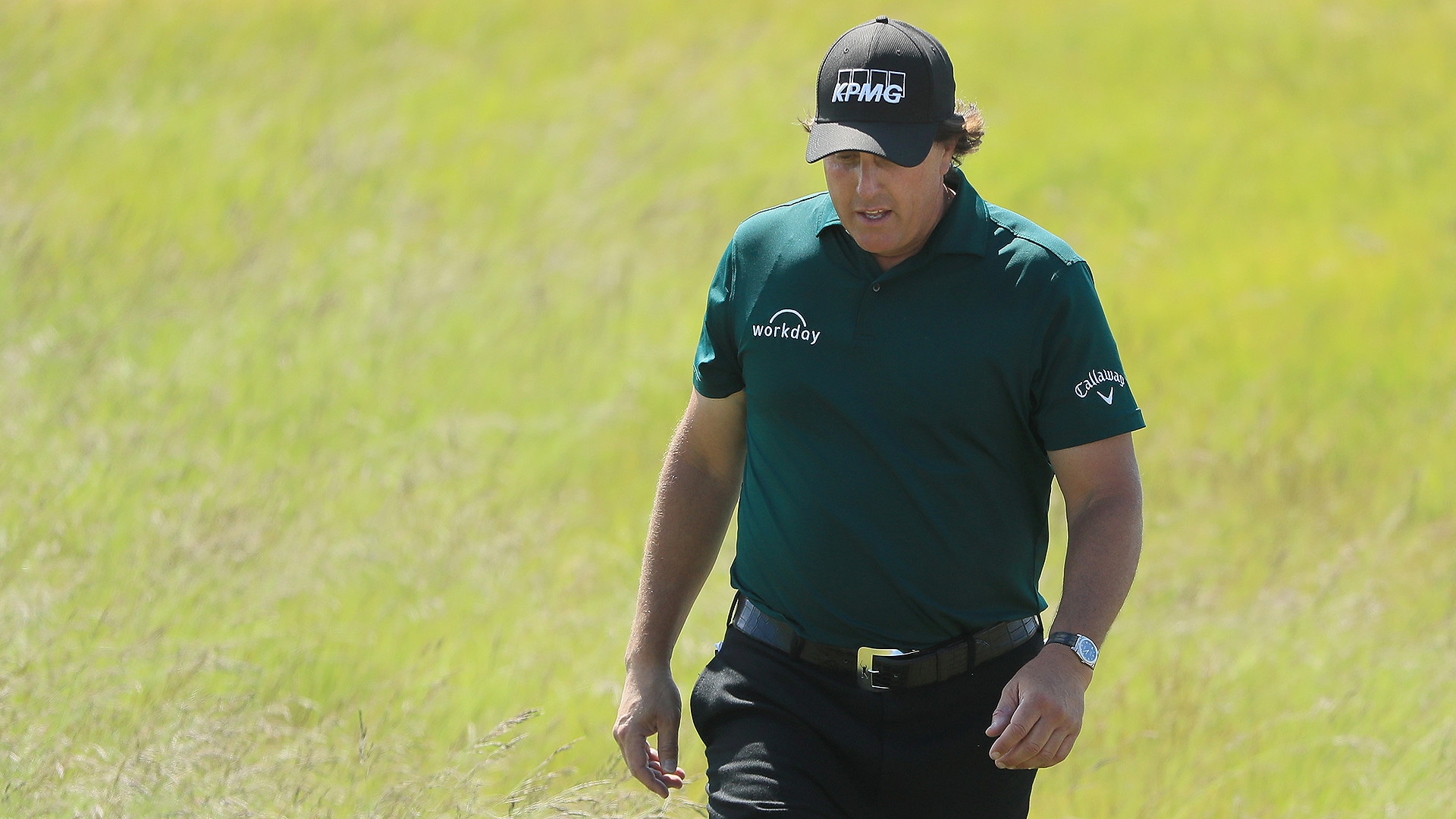 Who will b the guys that finish behind Phil? Literally losing money to the amazing moving golf ball whacker guy

Not sure how UGA thought Phill made a stroke/hit on a moving ball. A stance of some kind must be made to be considered addressing the ball. If it is deemed a player hits/stops a moving ball deliberately to avoid ball being in a worse position then the DQ should be enacted.

Dear @USGA . Can you please explain to me the rule regarding the Phil Mickelson incident at the @usopengolf yesterday. Thank you.

Phil Mickelson's controversial actions on the 13th green in the third round of the 118th U.S. Open sent social media ablaze. Here are some reactions from professional golfers, including his third-round playing partner:

To make things very clear. That putt never put me off at all. My brain didn’t work today. Phil is a ledge. It’s a moment that happens. It’s so tough out there. He didn’t mean it. It just happened. End of story haha.

So he didn't purposely stop the ball for his benefit?? Ok .. so running after the ball after he saw he was going to run 50 yards off the green was just a veteran move to keep his hamstrings warm.. gotcha

If admitting to completely violating this rule on national tv, it's deemed you are disqualified.

One exception to the rule.
It's your birthday.

Beef, grinning, on Phil: “A moment of madness.”

Phil is the only one who could give that bs answer and have a ton of people believe he thought it out before. Secondly, if he had thought through it, isn’t that grounds for dq?

Agree with this Serious cop out from the USGA. https://t.co/HEAKwK5IZz

I laugh at how outraged Twitter is getting with Phil and his penalty. Get over it people.

Does this not show intent? Am I high(I am not)? In what universe is this not an admittance of gaining a significant advantage by stopping the ball from possibly (likely) rolling off the green, resulting in a potentially higher score? I’m honestly asking. https://t.co/5e8mGRukWj