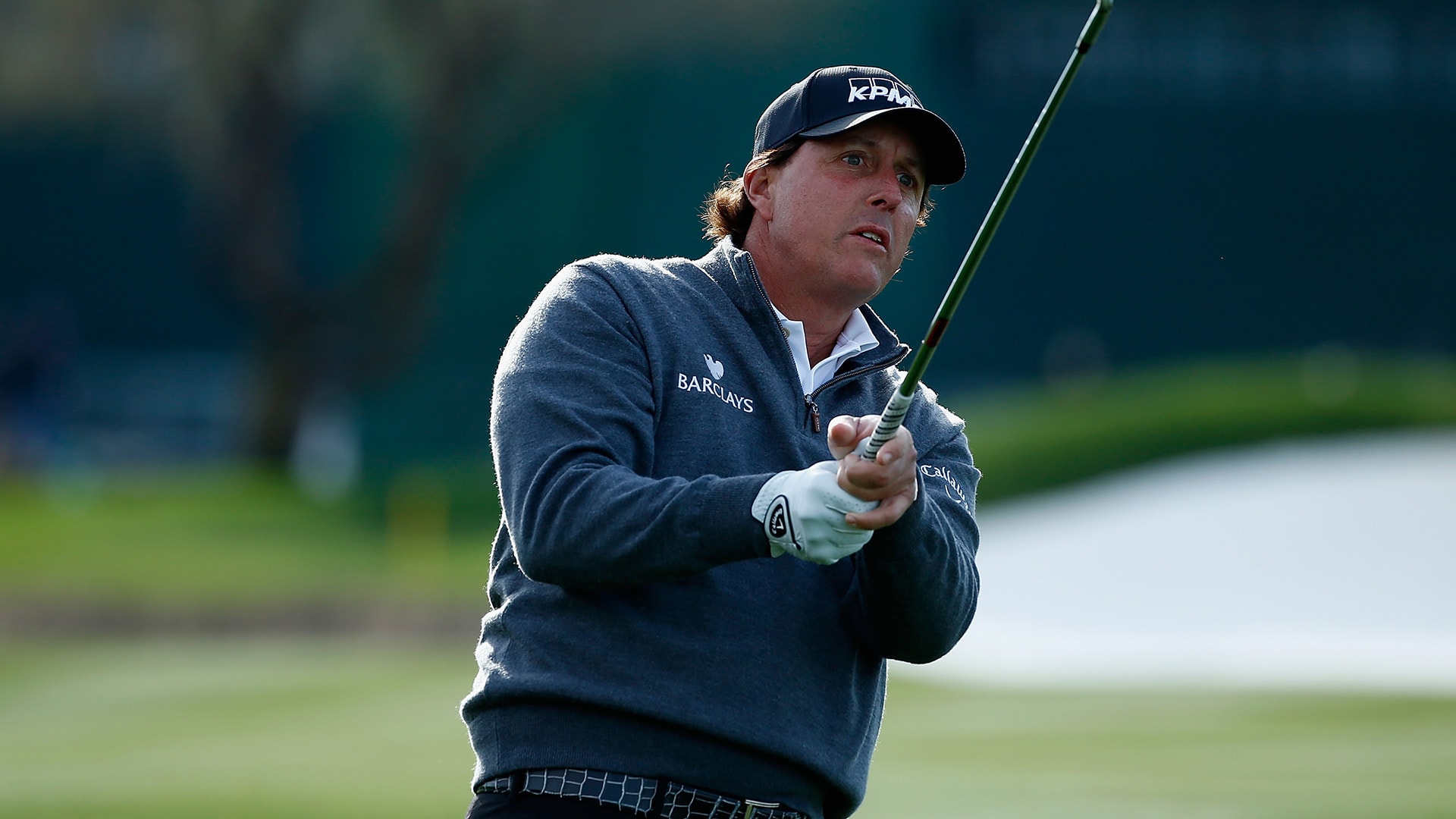 Phil Mickelson has long been known for giving the fans what they want - memorable moments on and off the golf course. Such was the case for a kid watching the Waste Management Phoenix Open on Thursday.

According to a tweet from an anchor and reporter at the local CBS affiliate station in Phoenix, Ariz., as Mickelson was walking off a green toward the next tee during his opening round, he handed a golf ball to to Zachary Zurliene, who is in a wheelchair.

"Here's a souvenir for you, man," Mickelson told to Zachary. "Thanks for coming out."

Zachary happily accepted the ball, then said it was the second ball he had gotten on Thursday. You can see the clip in Mark McClune's tweet below: