Spieth on 68: 'Won mental battle with myself' 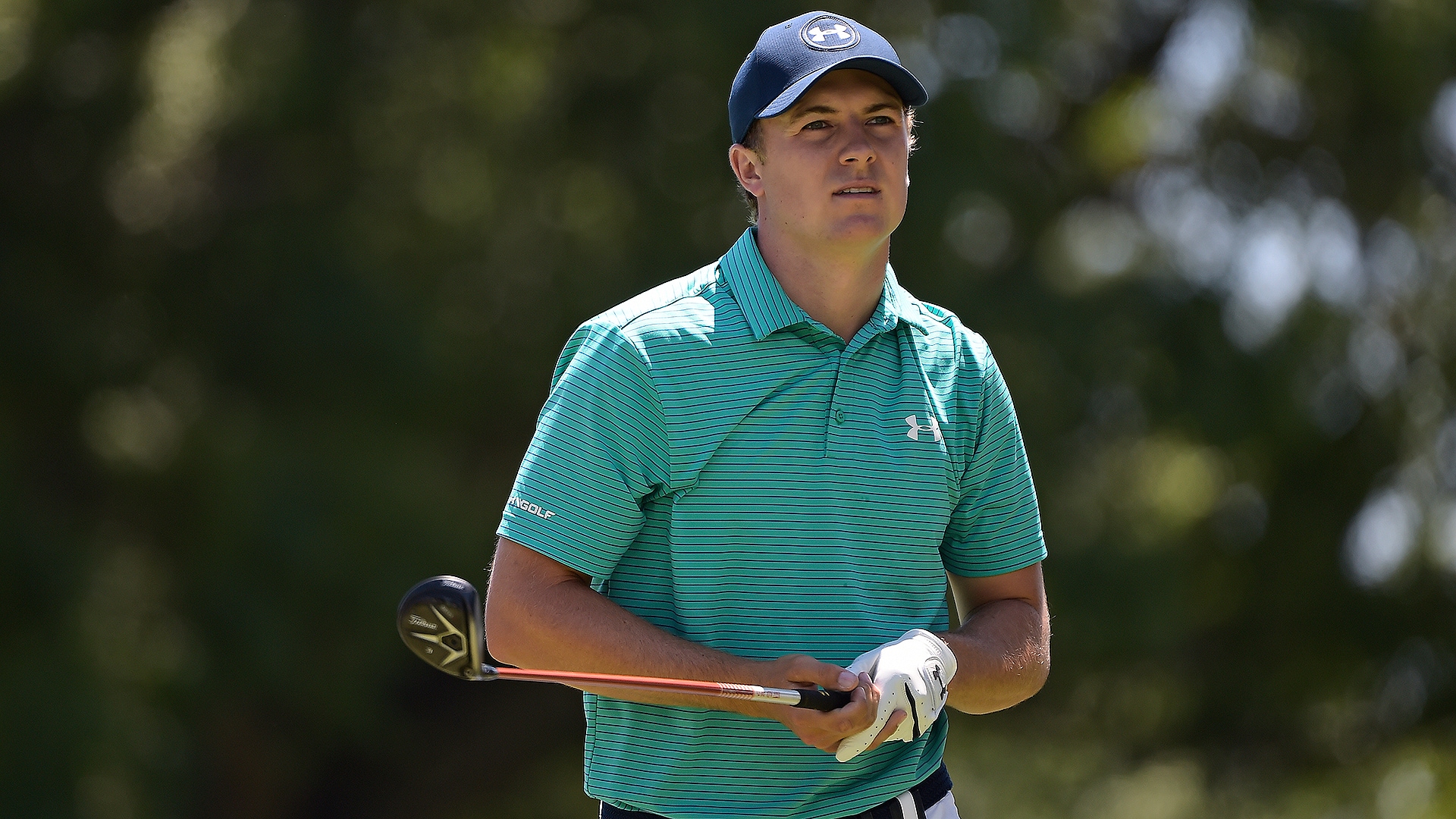 AKRON, Ohio – While he wasn’t sporting a top hat, and he never produced a wand, Jordan Spieth pulled off nothing short of a magic trick during the opening round of the WGC-Bridgestone Invitational.

An erratic day of ball-striking that could have easily yielded an over-par score instead ended with 68 swipes, leaving Spieth at 2 under and very much in the mix for the season’s final WGC title.

Spieth was visibly frustrated throughout much of his round, and he found only two of his first 13 greens in regulation. But he held it together with a number of clutch par saves, notably a 21-foot par save off the fringe on No. 8 and a 22-footer on the very next hole.

“Two greens in 13 holes means you’re probably not going to be under par no matter where you’re playing, especially here,” Spieth said. “Started hitting some greens and really got that putter hot. I made a couple great par saves that kind of started getting my putter hot, and finally there were more birdies instead of pars.”

Once he steadied the ship, Spieth closed with a flurry of four straight birdies that took him from the bottom half of the standings to the front page of the leaderboard.

“Today was a big round for me. I won the mental battle with myself,” he said. “I’ve been struggling a little bit tee to green as of late, not to the same strokes gained level that I normally play at. Just searching for a couple different answers in my swing that weren’t there.

“To shoot 2 under around this place without having it bodes well for the rest of the week.”