Spieth (68) switches putters: Not that big of a deal 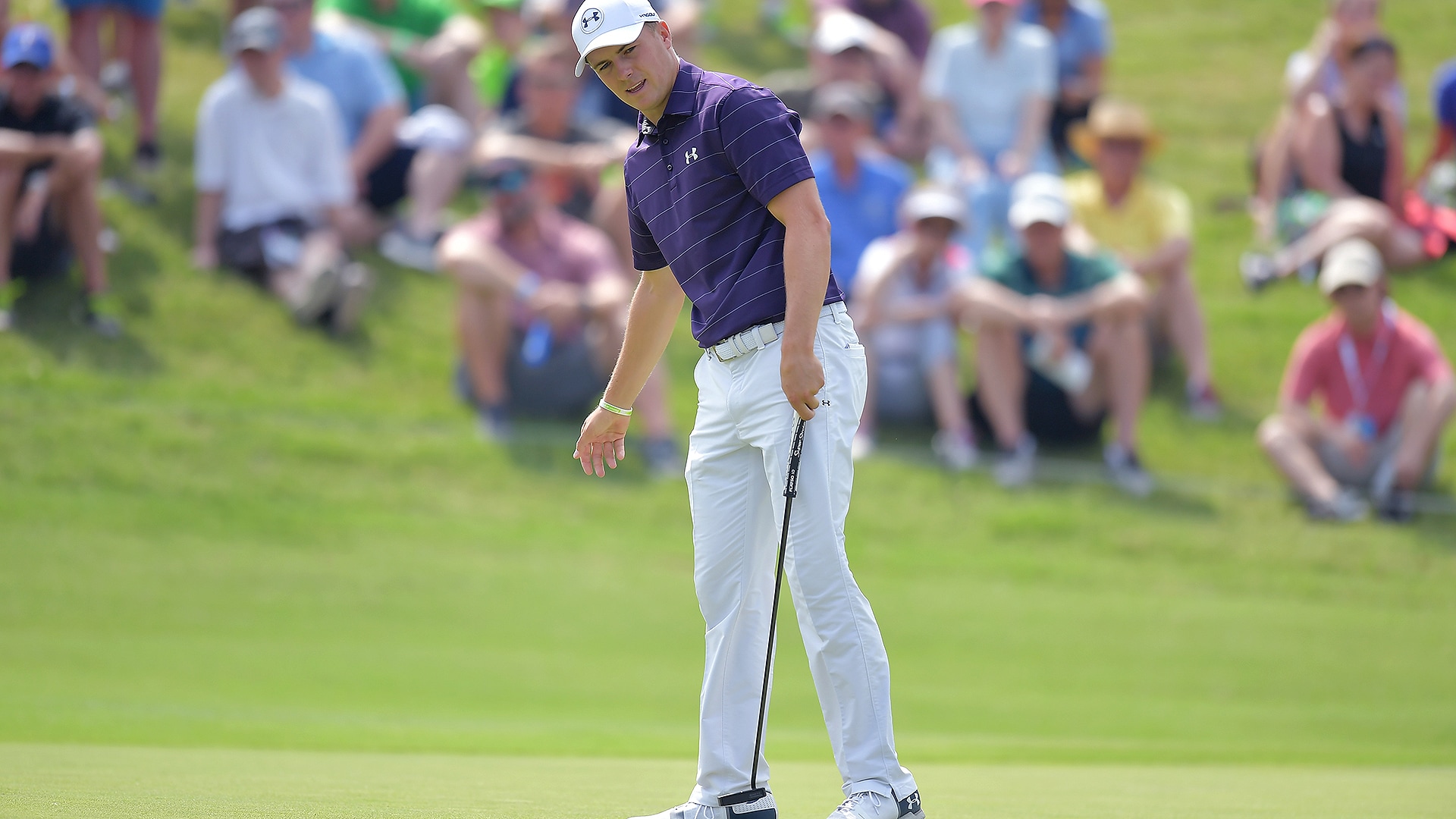 IRVING, Texas – With a new putter in his bag, Jordan Spieth made two late birdies for a 2-under 68 in the opening round of the AT&T Byron Nelson. The Dallas resident is four strokes behind James Hahn and Ricky Barnes.

Spieth was unhappy with his alignment on the greens after missing the cut last week at The Players Championship, and he decided to change putters this week. He finished with 27 putts and hit 11 of 18 greens in regulation.

“I'd say it was a pretty easy to transition,” said Spieth of switching to a Scotty Cameron T5W mallet. “I haven't been comfortable standing over it for a little while, and so I just wanted something that's a new look, and the bigger a deal that's made out of it the more bothersome that is for me.

“It's not really that big of a deal, and every guy switches putters every single week,” he added. “It's nothing new. Just a new look for me for the time being.”

While some players change putters like they change their socks, not every player wins two majors and 12 professional titles by the age of 23. And many consider Spieth to be the best putter on Tour. So, like Tiger Woods before him, when one of the best players makes an equipment change, it’s bound to raise a few eyebrows.

Spieth has used a Scotty Cameron 009 blade putter since he was 15 years old, and he won his ninth PGA Tour title with it at Pebble Beach in February.

Spieth’s putting stats this season haven’t been terrible. He’s 39th in strokes-gained putting, but that is down from 2016 when he finished second behind Jason Day. Spieth was ranked ninth in 2015 and 20th in 2014.

And it’s not the first time Spieth has switched putters in his young career. He played the last two rounds of the 2014 Open Championship and the Bridgestone Invitational with a Scotty Cameron FX5R, which he said is an older model of his new flatstick.

“It's nothing crazy new, but obviously, I've got a putter I've worn out for a number of years and it helps me lineup a bit better, this one right now, and that's kind of been my struggle is lining the putter up where I want to,” he said. “I'm falling into a nice line and a nice setup, which has left me more comfortable. I just haven't quite dialed in the speed yet, and I wasn't sure what that would be like today. A little off on the speed. So, hopefully I can make the adjustments.”