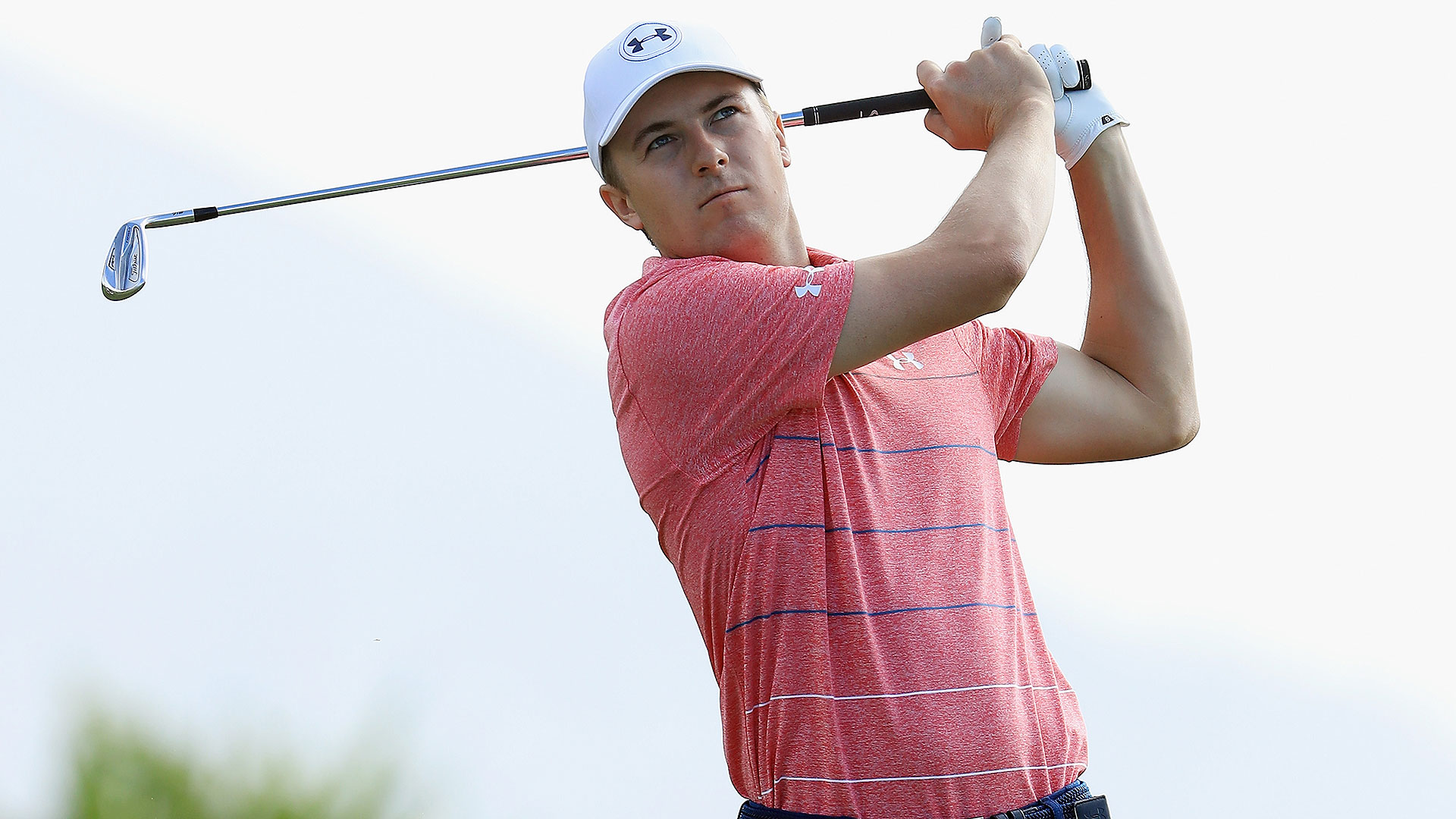 HONOLULU – Jordan Spieth was cruising along at the Sony Open, 4 under through 16 holes after a rocky start to his round when the bottom dropped out of his day.

Spieth’s tee shot at the par-4 eighth hole, his 16th of the day, clipped a tree down the left side of the fairway, and his next shot caromed off another branch, advancing just 50 yards. He hit a tree with his third and fourth shots before finally finding a green-side bunker. That’s four shots, four trees.

The world No. 2 would go on to make a quadruple bogey-8 on the hole and drop to even par. Although he finished his round with a birdie at the par-5 ninth, his first-round 69 left him tied for 39th as the afternoon wave began their rounds.

Spieth declined to speak with the media after his round, although he did sign autographs for fans, and his finish adds another chapter to his hot/cold relationship with Waialae Country Club.

In his first start at the Sony Open in 2014 he missed the cut, but rebounded last year in his second start with a third-place finish.