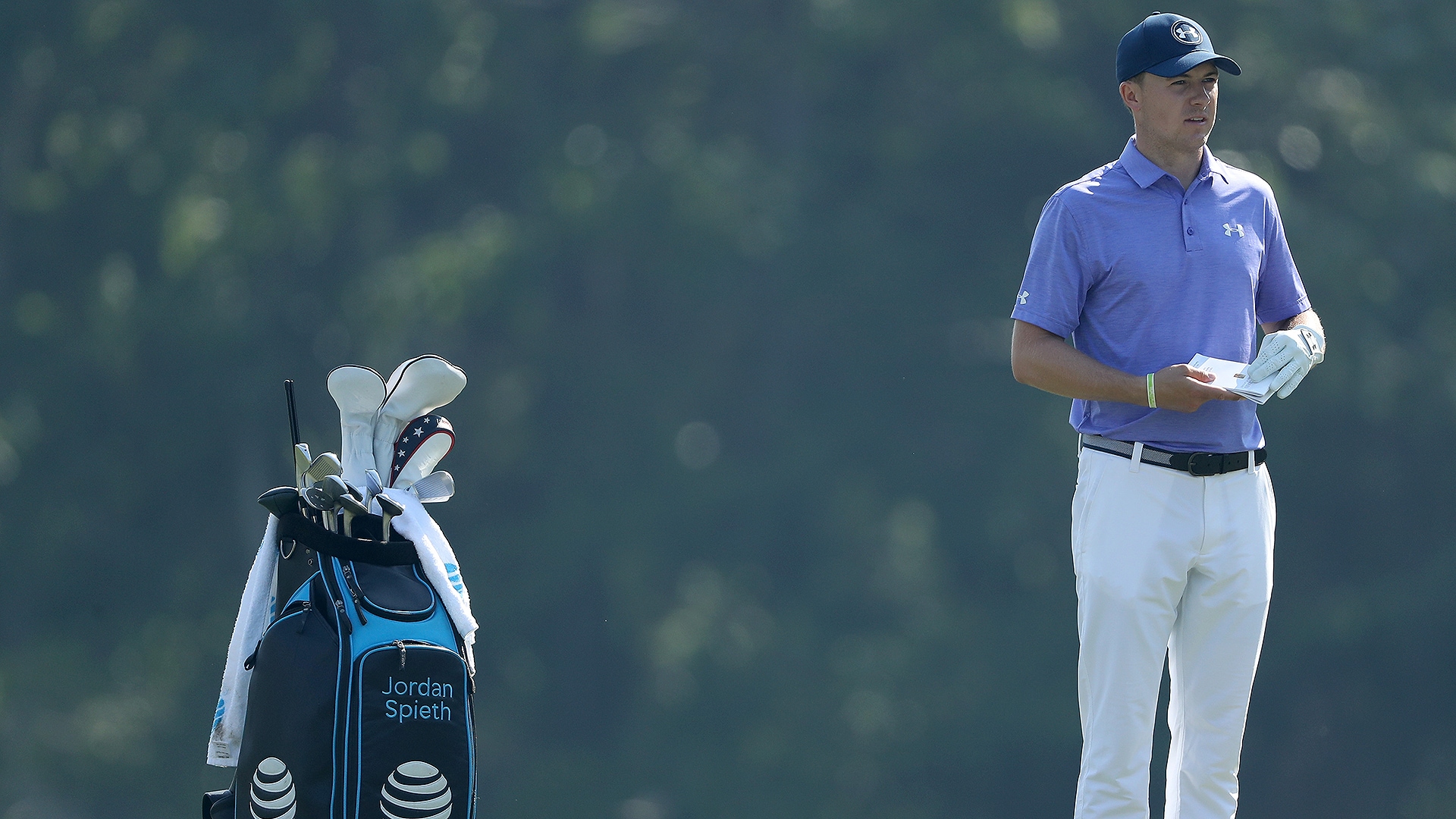 PONTE VEDRA BEACH, Fla. – Jordan Spieth walked up to his ball in a greenside bunker on the first hole at TPC Sawgrass and was so surprised by the lie he found that he whipped out his phone to document it.

Spieth’s approach to No. 1, his 10th hole of The Players Championship, hit a slope in front of the green and rolled back into the bunker, leaving him with a difficult lie. He blasted out to 45 feet and three-putted for a double bogey, a significant hiccup during a round of 1-over 73.

According to Spieth, his sandy third shot was made more difficult than it should have been because of a poor rake job from a previous group. He snapped a photo of the lie with his phone before hitting the shot and planned to show it to a rules official after play concluded.

“It was just a bunker that was raked to where it just kind of looked like somebody didn’t really care much to do it, or were rushing off the green, because I was, I think, in worse than a plugged lie when it had just trickled into (the bunker),” Spieth said. “Guys are very good 99.9 percent of the time, and that was very frustrating because I knew where I was, from a normal lie, that it wasn’t too bad. And from that lie, I had no chance.”

Spieth birdied two of his first three holes amid calm conditions, but he gave those strokes back with bogeys  on Nos. 14 and 15 and shot a 2-over 38 on his inward half. He trails leader William McGirt by six shots.

Spieth’s opening-round frustrations were not limited to bunker conditions. He managed to find only four of 14 fairways, including just one fairway on his second nine. It was a performance that surprised Spieth, who was confident entering the round but said an issue cropped up during his early-morning practice session.

“It picked up on the range today, it wasn’t on the course. It was something happened that I’ve got to try and figure out now this afternoon on the range in my swing,” Spieth said. “Hopefully it’s something small, but I’ve had tremendous control of the ball this entire week off the tee, down to the putter. So the game I thought, going into this round, I felt as good as I felt this entire year.”