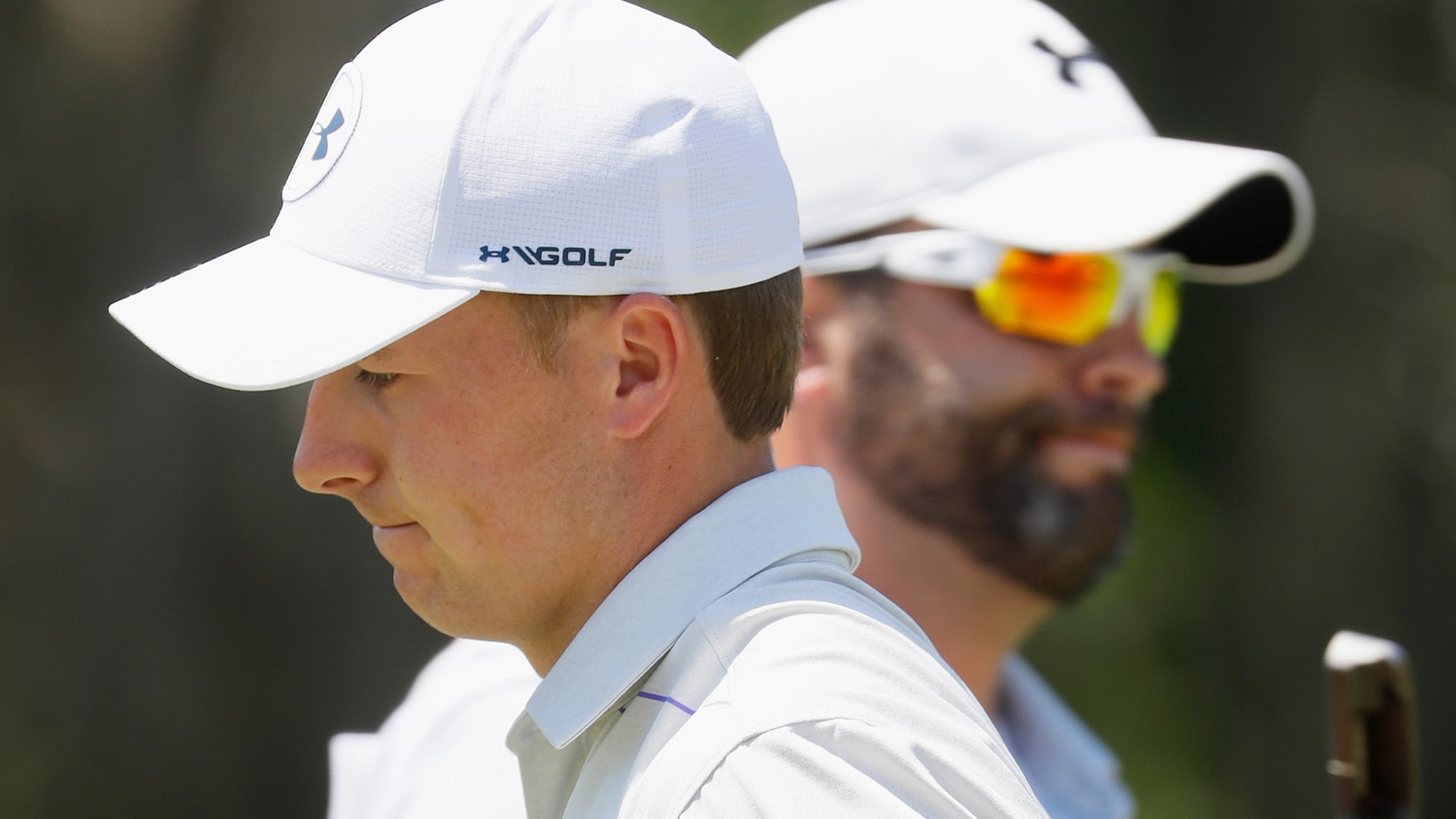 PONTE VEDRA BEACH, Fla. – For the third straight year, Jordan Spieth is leaving The Players Championship on Friday instead of Sunday.

Spieth nearly went bogey-free during his 2014 debut at TPC Sawgrass, sharing the 54-hole lead en route to a T-4 finish. But he hasn’t made the cut since, and won’t stick around this week after a second-round 75 left him at 4 over and two shots off the cut line.

Spieth’s fate was sealed when his tee shot on No. 17 found the water en route to a double bogey, but he put the blame for his performance squarely on his short game.

“It’s just been on and around these greens. I just haven’t quite figured it out,” Spieth said. “These greens get pretty crusty and, historically, whenever firm Bermuda greens are crusty to where it’s tough to set the putter down, I just struggle with my alignment and it just throws me off. It happened again here.”

Spieth bogeyed his opening hole, and he didn’t record a birdie until No. 15. While he rolled in a 40-foot birdie on the final hole, it elicited only a wry grin from the two-time major champ who knew it was too little, too late.

Despite the early exit, Spieth remained upbeat heading into a run of three straight starts that includes two weeks in his home state of Texas and, more importantly, will take him back to bentgrass greens.

“Game’s in really good shape,” he said. “Historically just haven’t figured it out on these greens yet, and so I’m just not going to think too much about it. This is probably the best my game has felt after a missed cut, so I’ve got three exciting weeks coming up.”