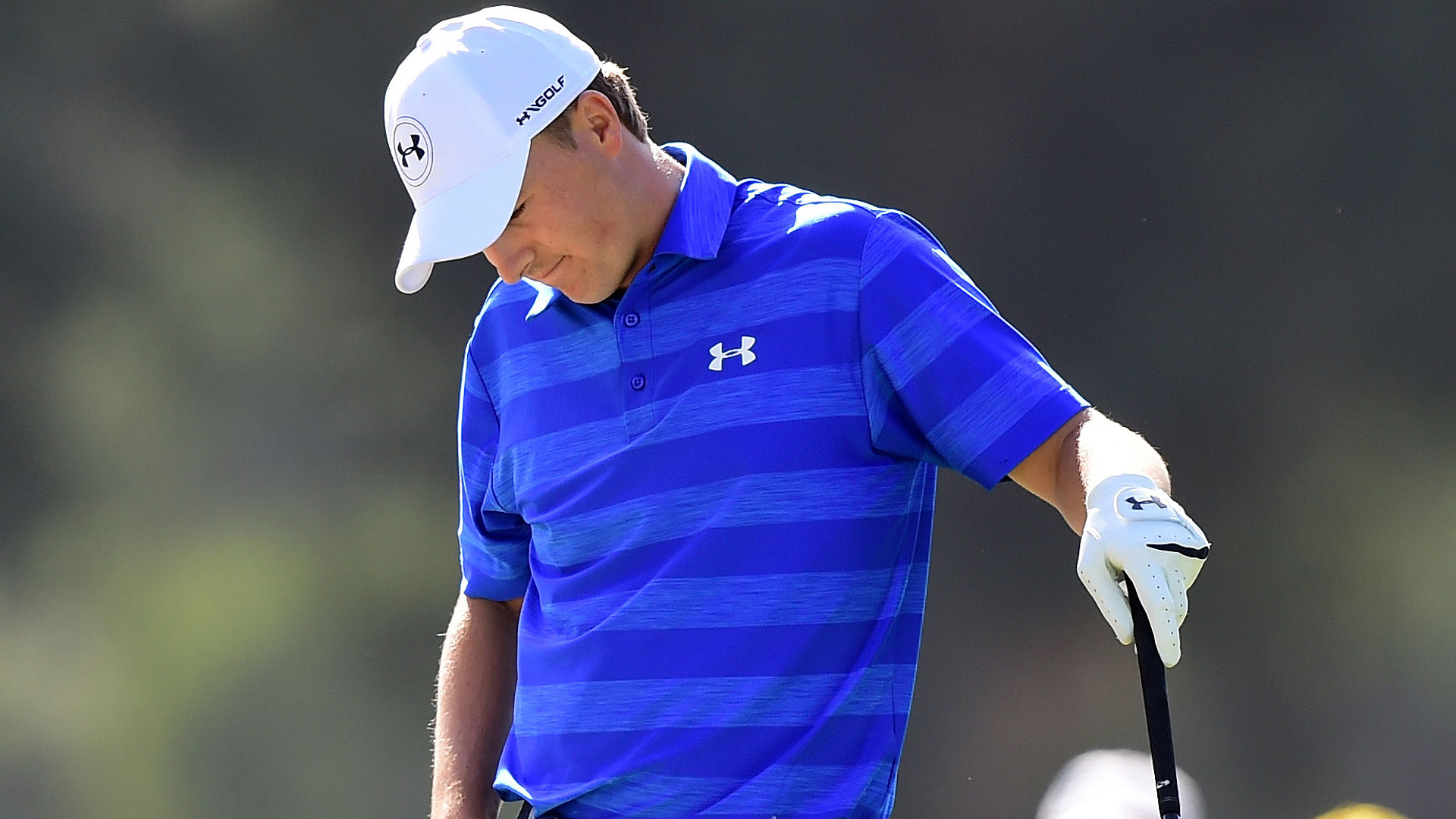 LOS ANGELES – Jordan Spieth’s 79 at the Northern Trust Open was his worst opening-round score of his PGA Tour career, but the more concerning number for the world No. 1 was 16 - how many strokes he found himself behind leader Camilo Villegas.

Spieth struggled early on Riviera Country Club’s Poa annua greens, three-putting the third and sixth holes. He turned in 3 over par, and things only got worse from there as he played his final seven holes in 6 over par, including another three-putt at the last after missing the green with his approach shot.

“I felt like there were a couple rounds last week where I shot 2 under and I was more miserable than I was today,” said Spieth, who is tied for 142nd in the 144-man field. “It's just a day to forget.”

Spieth’s 8-over effort was his worst round on Tour since shooting a third-round 80 at the 2014 Tour Championship. He will need to rally on Friday to make the cut. He hasn’t missed a weekend since last fall’s Deutsche Bank Championship.

“I found it very difficult to trust the way the golf course is playing, and I didn't get off to a good start because of that,” said Spieth, who finished one stroke out of a playoff last year at Riviera. “I've never played the golf course soft. I've always played where you have to kind of float it onto the front of the greens and let it bounce, and I just never trusted the adjustment.”

But then, adjusting to a suddenly soft golf course that was transformed by overnight rains was not Spieth’s biggest issue on Thursday. The real challenge came from within.

Spieth admitted that lapping the field at the Hyundai Tournament of Champions by eight strokes created heightened expectations that he’s struggled with in recent weeks.

“I went through the next few tournaments after Hawaii thinking that that's what I'm going to do every week, and I just need to manage the expectations and realize the greens aren't 50-by-50 yards, so your misses aren't still on greens and you don't necessarily putt that well every week,” said Spieth, who managed to hit just half his greens in regulation on Thursday.

As bad as Thursday was at Riviera, the bright spot for Spieth is that he didn’t allow those expectations to turn a difficult round into something much worse.

Even when things were at their worst as he limped home with a double bogey-6 at the 18th hole he found a silver lining when Justin Thomas, who was paired with Spieth and Fred Couples on Day 1, asked Couples if he was standing in his “through line.”

“I said, ‘Justin, you're probably in my through line at this point,’” laughed Spieth as an acknowledgment of how poorly he was putting.

Although that levity likely won’t make his Friday climb back to relevance any easier, it is a sign that the two-time major champion is keeping things in perspective, which isn’t always easy after the year he had in 2015.

“I had been trying to work on that attitude a little bit more, because it cost me on Saturday last week,” said Spieth, who has finished tied for fifth (Abu Dhabi HSBC Golf Championship), second (Singapore Open) and 21st (AT&T Pebble Beach Pro-Am) in his three starts since Maui. “It cost me a couple shots. It was an expectation kind of management.”

The good news for Spieth is that after struggling on Thursday in Los Angeles the expectations for Round 2 have been greatly simplified to a single goal – make the cut.