Spieth on injuries: 'I don't change anything in my life' 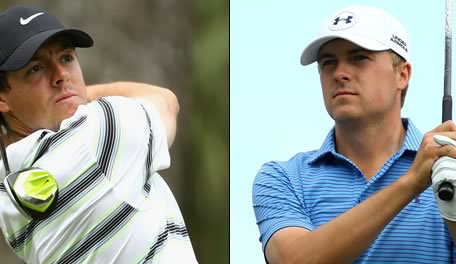 “It just was an unfortunate situation,” Spieth said Tuesday at the John Deere Classic.

McIlroy ruptured a ligament in his left ankle while running toward the ball, and the world No. 1 posted a startling photo Monday of him balancing on crutches and wearing a walking boot. He’s doubtful to play in next week’s Open Championship, where he is the defending champion, and there is no timetable for his return.

The injury has prompted the usual questions about what other activities a star athlete should - or should not - engage in.

“I do things every day you could get hurt,” he said. “Sometimes there’s accidents that happen.”

Spieth says he probably won’t ever ski because of the number of injuries that have occurred on the slopes, but other than that, “I don’t change anything in my life.”

“We want him back,” Spieth said of McIlroy. “Everybody does. It’s unlucky. It’s unfortunate. And I’m sure he’s taking it harder on himself than anybody else. But I don’t think he did anything wrong. It was just an unfortunate situation, and hopefully he rebounds quickly and gets back right to where he was.”