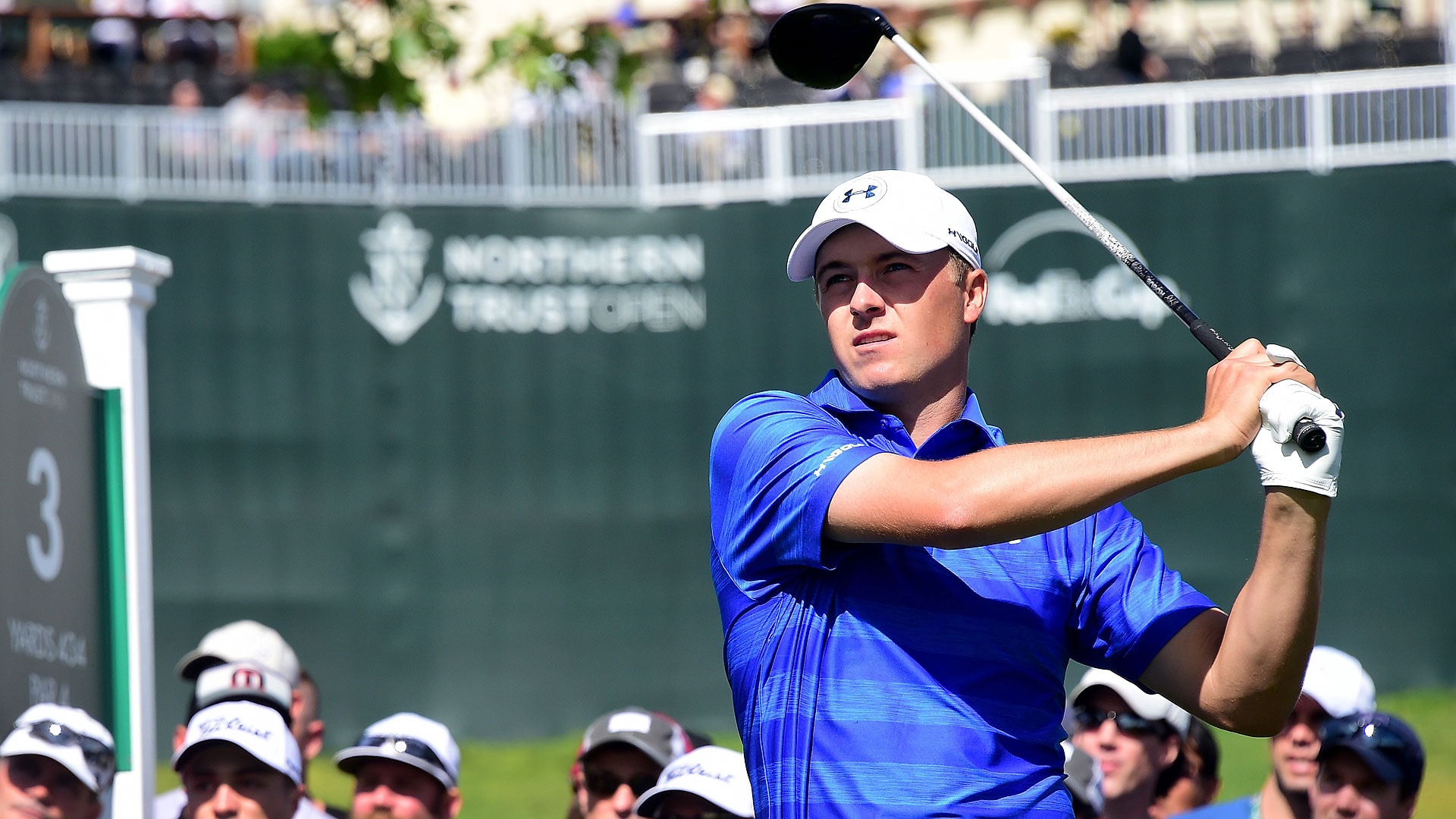 Jordan Spieth on Thursday at the Northern Trust Open turned in the worst first round of his PGA Tour career, an 8-over 79. Here’s what happened on Day 1 at Riviera, where Camilo Villegas leads by three and Bubba Watson and Rory McIlroy are in the hunt:

What it means: Spieth made two birdies, eight bogeys and a double bogey on the 18th capped off by a three-putt from 12 feet. The No. 1 player in the world went out in 38 and came in in 41. He hit just 9 of 18 greens and took a whopping 36 putts, missing eight attempts from inside 10 feet. He sits one shot out of last place, 16 shots behind Villegas, and will need a dramatic Friday turnaround to avoid the cut.

Round of the day: Villegas has not enjoyed much previous success at Riviera, missing three of four cuts and finishing T-30 in 2014. But the 34-year-old Colombian leads by three after an opening round of 8-under 63 that featured four consecutive birdies before a bogey on his final hole. Currently 226th in the world, Villegas last won on Tour at the 2014 Wyndham and is currently in search of his fifth career PGA Tour title. His 63 tied the best opening-round score in tournament history and missed the course record by one.

Best of the rest: Watson, who won the Northern Trust in 2014, opened with a 5-under 66 that featured seven birdies and two bogeys. Just one shot worse, Rory McIlroy recorded a 67 in his 2016 Tour debut.

Biggest disappointment: Other than Spieth? Sergio Garcia, who like McIlroy is making his first Tour start of 2016, turned in 3-over 74.

Shot of the day: This tee shot to 3 feet from 199 yards at the par-3 sixth set up the second of Villegas’ four consecutive birdies from Nos. 5-8:

Quote of the day: “A day to forget. ... In the course of a career, I imagine it’s going to happen, it’s just unfortunate when it actually does.” – Spieth