Spieth could become world No. 1 at the Open 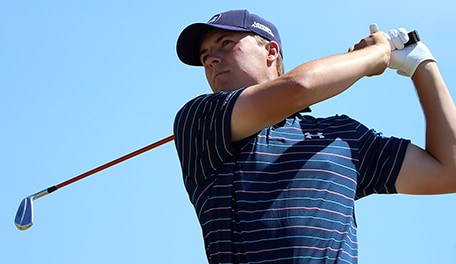 The third leg of the Grand Slam might not be the only thing on the line next week at St. Andrews: Jordan Spieth could also ascend to No. 1 in the world.

Spieth could become world No. 1 with a top-7 finish (or better) this week at the John Deere Classic and a victory at next week’s Open Championship, assuming McIlroy doesn’t tee it up at St. Andrews, according to Golf Channel world-rankings guru Alan Robison.

After a win at the Deere in 2013, Spieth finished in a tie for seventh last year. He is just the fourth player since 1960 to win the first two majors of the year.

McIlroy is doubtful for the Open after injuring his left ankle in a soccer game over the weekend.