Spieth, Day, McIlroy all win on Day 1 at Match Play 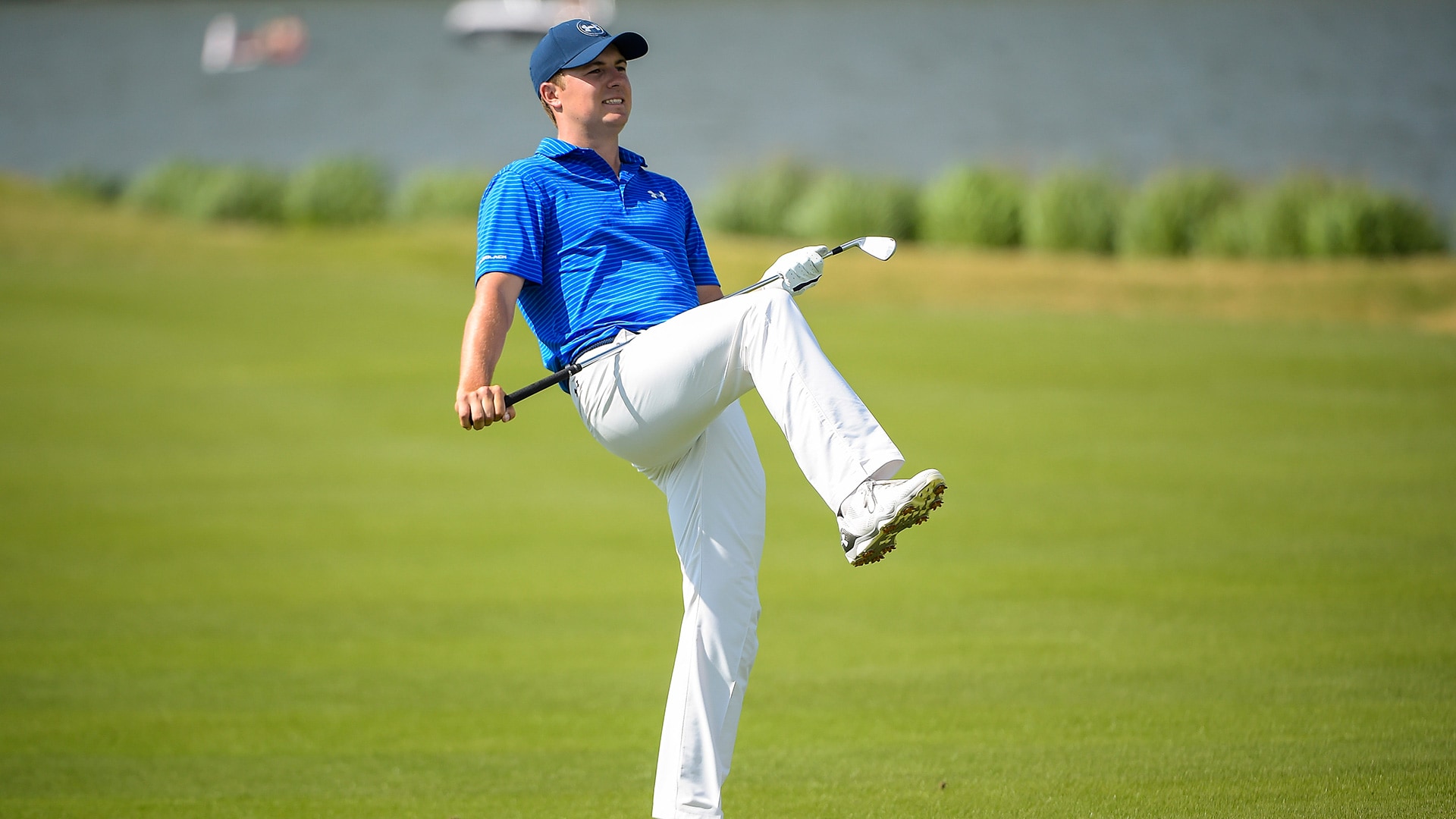 Jordan Spieth jumped out to a 4-up lead through seven holes, then fought over-aggressiveness on the back nine when he made a few “brain dead” decisions. It still added up to a 3-and-2 victory over Jamie Donaldson to improve his Match Play record to 6-2.

“Everything is kind of coming together,” he said.

It might be coming undone for Jason Day, who won his match over Graeme McDowell, 3 and 2, but had to limp to the finish after tweaking his back on the 15th hole. Day didn’t speak to reporters afterward, but his agent issued a statement saying that he was “getting prepared to play” on Thursday against Thongchai Jaidee (1-0).

Rory McIlroy didn’t lead his match until it mattered most – after 18 holes. Despite some scratchy play to start the back nine, McIlroy won three of the last five holes to eke out a 1-up victory over Thorbjorn Olesen. He won the 18th with a par after Olesen shanked his wedge shot from behind the green.