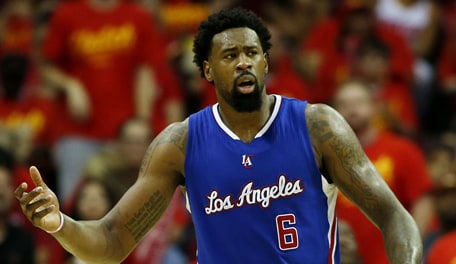 ST. ANDREWS, Scotland – Jordan Spieth has had his hands full the last two weeks, what with last week’s John Deere Classic, which he won, and this week’s Open Championship, but the avid Dallas Mavericks fan has still kept tabs on his hometown team.

Following an opening-round 67 at the Open Championship that left him two strokes off the lead held by Dustin Johnson, the Dallas native was asked his thoughts on prized NBA free-agent DeAndre Jordan’s decision to back out of an agreed-to deal with the Mavericks to return to the Los Angeles Clippers.

As he normally does, Spieth’s response was measured.

“I don't know the details of everything that happened. Whatever is the best decision for him,” he said.

But as Spieth exited the interview area he added, “I didn’t say I wasn’t disappointed.”