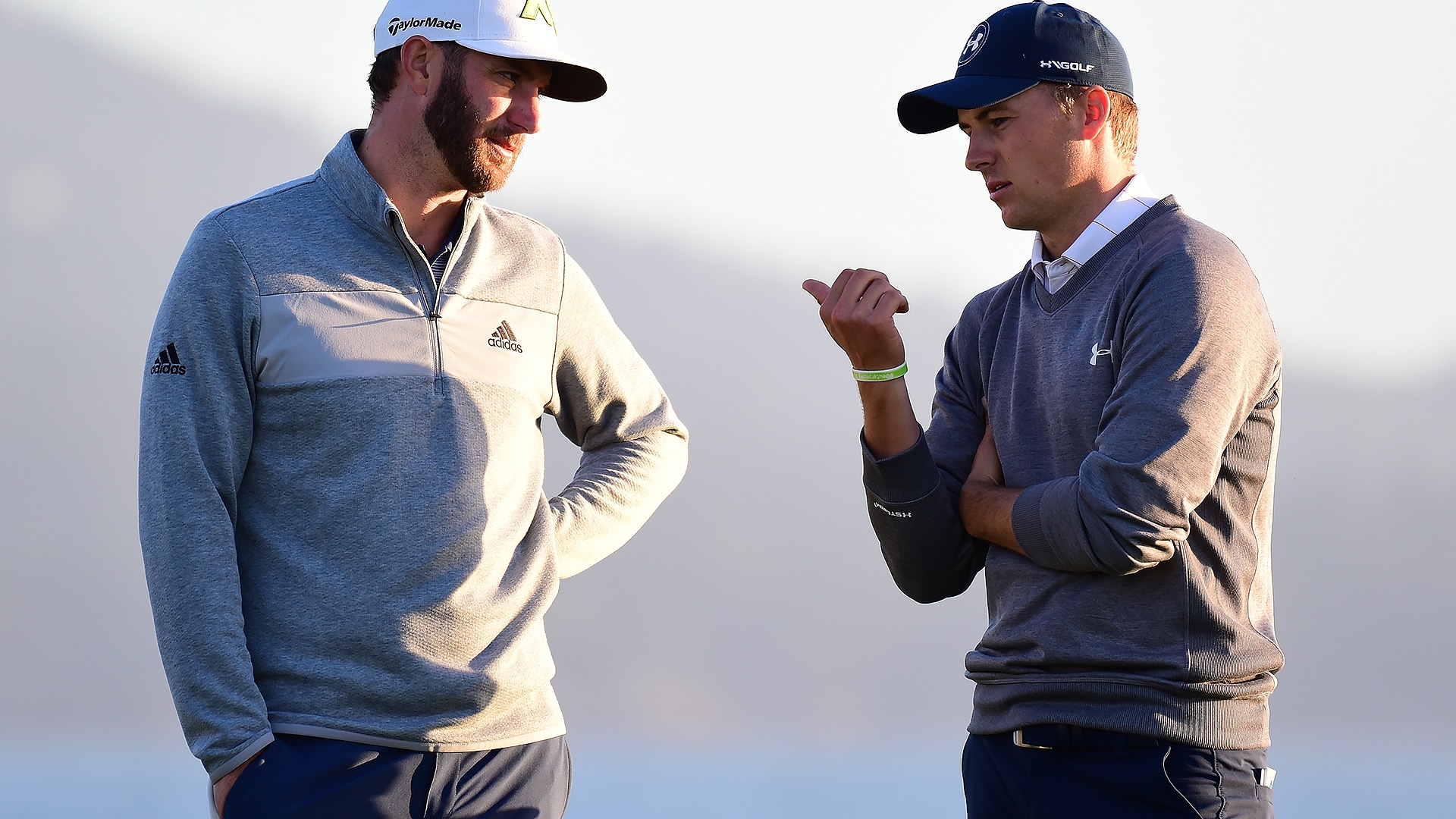 HUMBLE, Texas – The oddsmakers have had a tough time deciding, but Jordan Spieth believes that there’s a clear favorite heading into next week’s Masters – and it’s not him.

Spieth has been nearly unbeatable over the last three years at Augusta National, sandwiching a 2015 victory around a pair of runner-up finishes. But despite that track record, he believes world No. 1 Dustin Johnson deserves to be considered as the tournament favorite after three wins in his last three starts.

“I think Dustin Johnson is the guy to beat in golf no matter where you are. Put him anywhere, I think just about anybody would agree with that,” Spieth said Wednesday at the Shell Houston Open. “If I play my best golf, I believe that I can take down anybody, and you have to believe that. But I think that right now he is the guy that everyone is saying, ‘He’s playing the best golf in the world right now.’”

Odds at the Westgate Las Vegas Superbook have continued to move in recent weeks, with Spieth and Johnson taking turns at the top and sometimes sharing co-favorite honors. Spieth’s odds got as low as 6/1 following his win at the AT&T Pebble Beach Pro-Am, but Johnson has now surpassed him after his recent trio of victories and now sits as a 5/1 betting favorite. Spieth is next at 7/1, followed by Rory McIlroy at 15/2.

Spieth admits that going toe-to-toe with Johnson is a tall task given the disparity in distance off the tee and Johnson’s current form, but his confidence is rooted in the fact that he’s edged Johnson before, notably at the 2015 U.S. Open at Chambers Bay.