Spieth on DJ penalty: 'I would have thrown a fit' 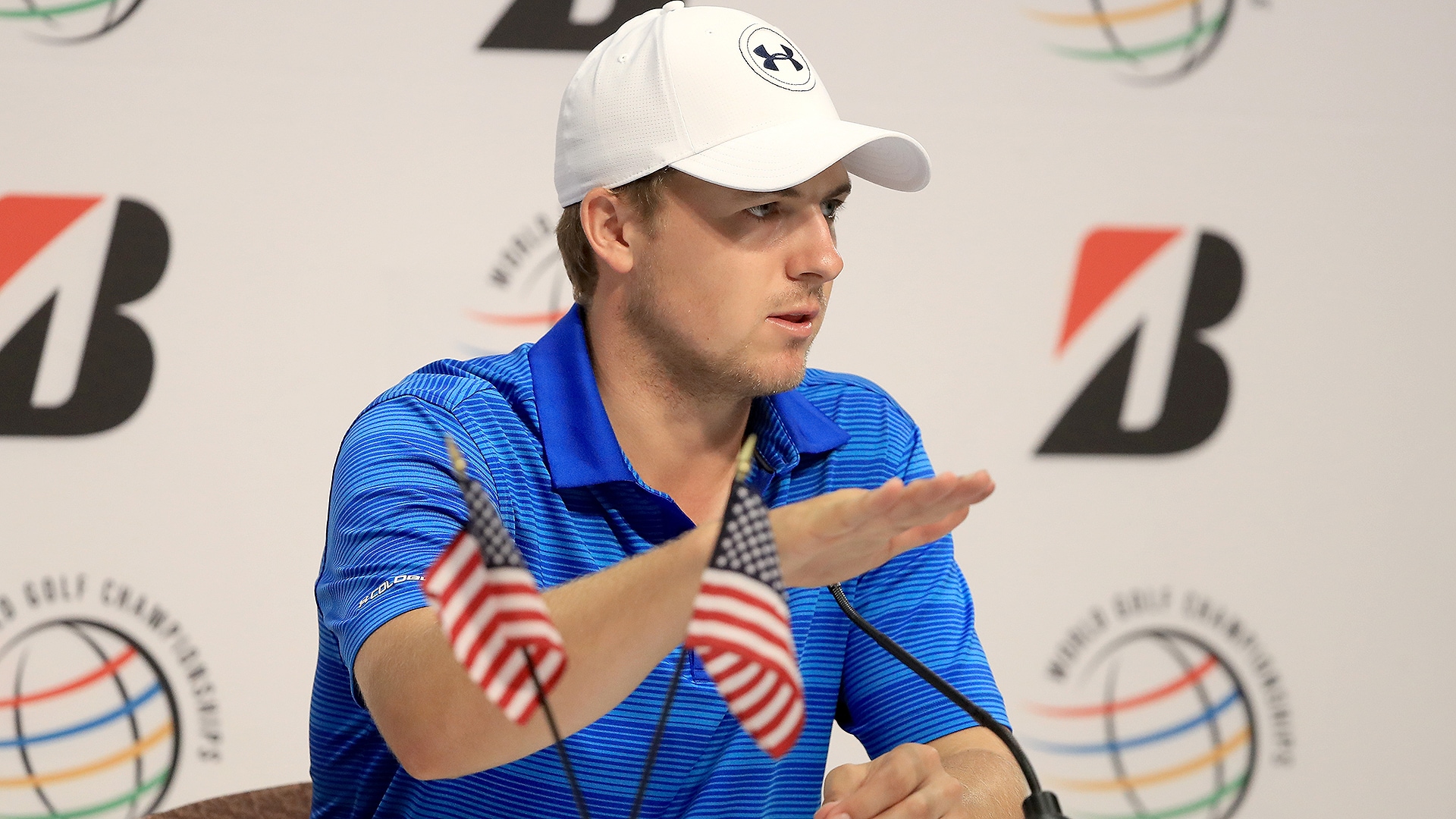 AKRON, Ohio – Even two weeks after the chaos ended at Oakmont, Jordan Spieth is still salty about the ruling that Dustin Johnson received en route to his U.S. Open victory.

Spieth was one of the first players to sound off via social media during the final round of the season’s second major, where Johnson was ultimately assessed a one-shot penalty because he was deemed to have caused his ball to move a fractional amount on the fifth green.

It was a controversial ruling, and one that was clouded further by the fact that the leaders played the final seven holes without certainty of where Johnson stood in the standings. He ultimately won the event by three shots despite the penalty, but that result didn’t stop Spieth from speaking his mind Tuesday at the WGC-Bridgestone Invitational.

“As far as the guys that I’ve talked to, no one has ever had an incident like that called a penalty, and especially not when a rules official comes in, because that’s what we do,” Spieth said. “Dustin, I promise you, still believes that he didn’t cause the ball to move, and the rules official agreed, and that’s that.”

Spieth remained adamant that the Johnson did not deserve a penalty, attributing the slight ball movement seen on video replay to the slick putting surfaces created by the USGA.

“With the amount of slope the pins were on, on certain holes anywhere from 3.2 to 4 degrees slope on certain occasions, and you’re putting often from more slope than that, a 3 mile per hour wind can move the ball resting on the top of the grass on poa annua,” he said. “I believe there was enough time between when his putter was there to when the ball actually moved to be confident in saying he didn’t cause it to move.”

Spieth added that the controversy led to the creation of a group text thread during the final round among several Tour pros to see “if we all were thinking the same thing about what was going down.” He also pointed out that, as a player who tends to wear his emotions on his sleeve during competition, he likely would not have taken the ruling – or lack thereof – as well as Johnson did.

“I promise you, I would have thrown a fit,” he said. “I wouldn’t have hit another shot. I would have sat there like, ‘This is not the way this goes. Let’s figure this out right now.’ You can’t have a potential penalty or not – you’ve got to know in that case.”