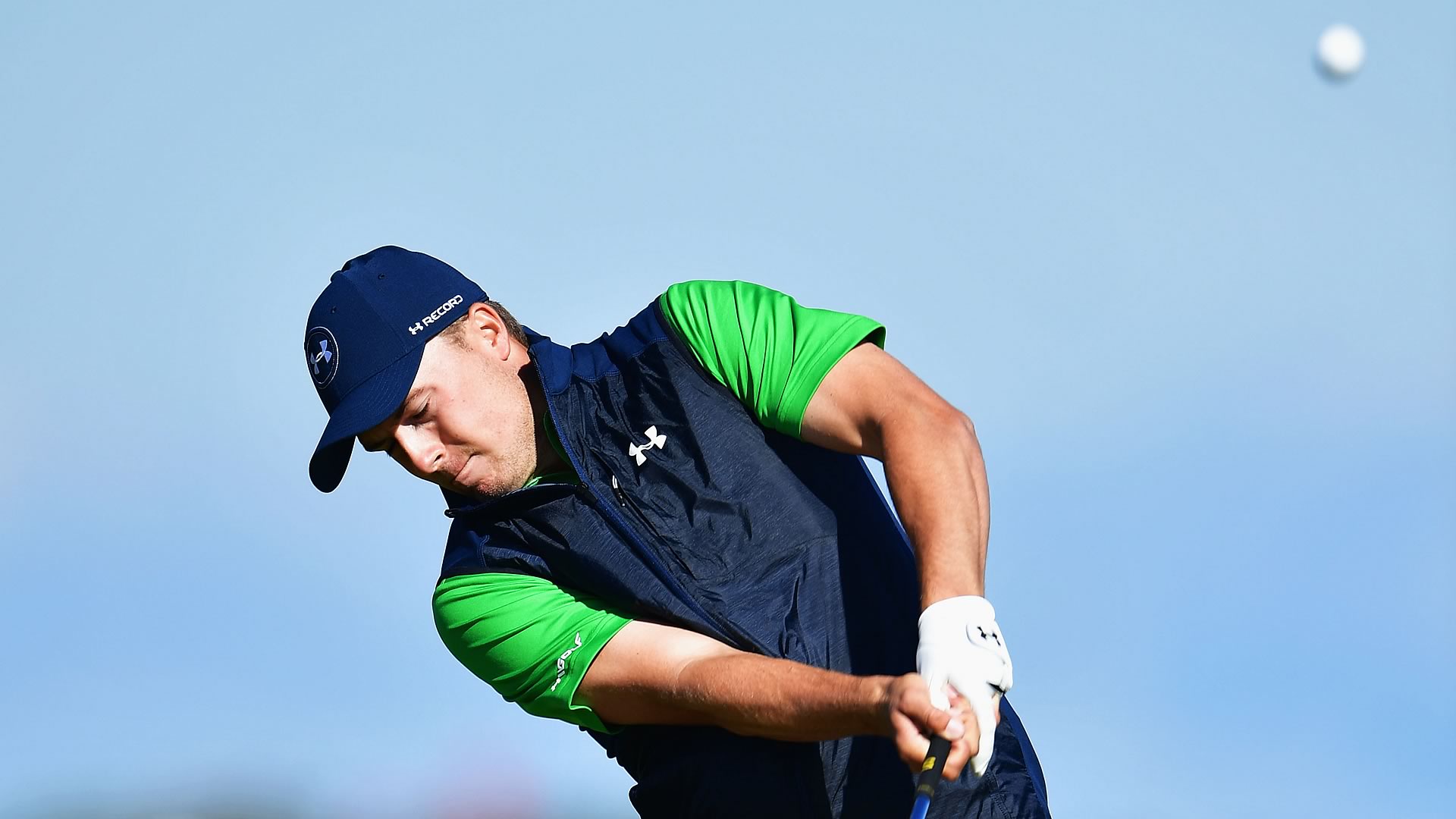 TROON, Scotland – “That’s a question I almost never get asked, so because of that, I’m not thinking much of it,” Jordan Spieth say Thursday when asked why he putted so poorly in the first round of The Open at Royal Troon.

Good news for Spieth is that he said he hit the ball as well as he did in going wire-to-wire to win the season-opening Hyundai Tournament of Champions in Hawaii. The bad news for him is that he made three bogeys and three birdies with 33 putts and shot even-par 71.

“Struck the ball tremendously well, just couldn’t quite match up the speed and line,” he said.

Spieth admitted that he had a little difficulty staying in the moment after failing to go as low as he expected over the first few holes.

He knew the first nine holes were gettable on a fairly benign day and that the final nine holes, even with minimal wind, were going to be difficult. So when Spieth looked at the leaderboard and saw scores around 4 and 5 under, all while he was only 1 under after nine, he wasn’t too pleased.

A birdie on the par-3 17th got Spieth to 1 under but he gave it right back on the home hole when he missed the green with his approach shot then hit a chunky chip that still didn’t make it onto the green.

“I probably hit it as well as anybody in the field and shot five, six shots over the leader, so that normally doesn't happen for me,” Spieth said. “That's normally my really low round. So if I can keep my rhythm and my swing as we lead into these tougher condition days, the next couple days, I should be able to make up some strokes.”