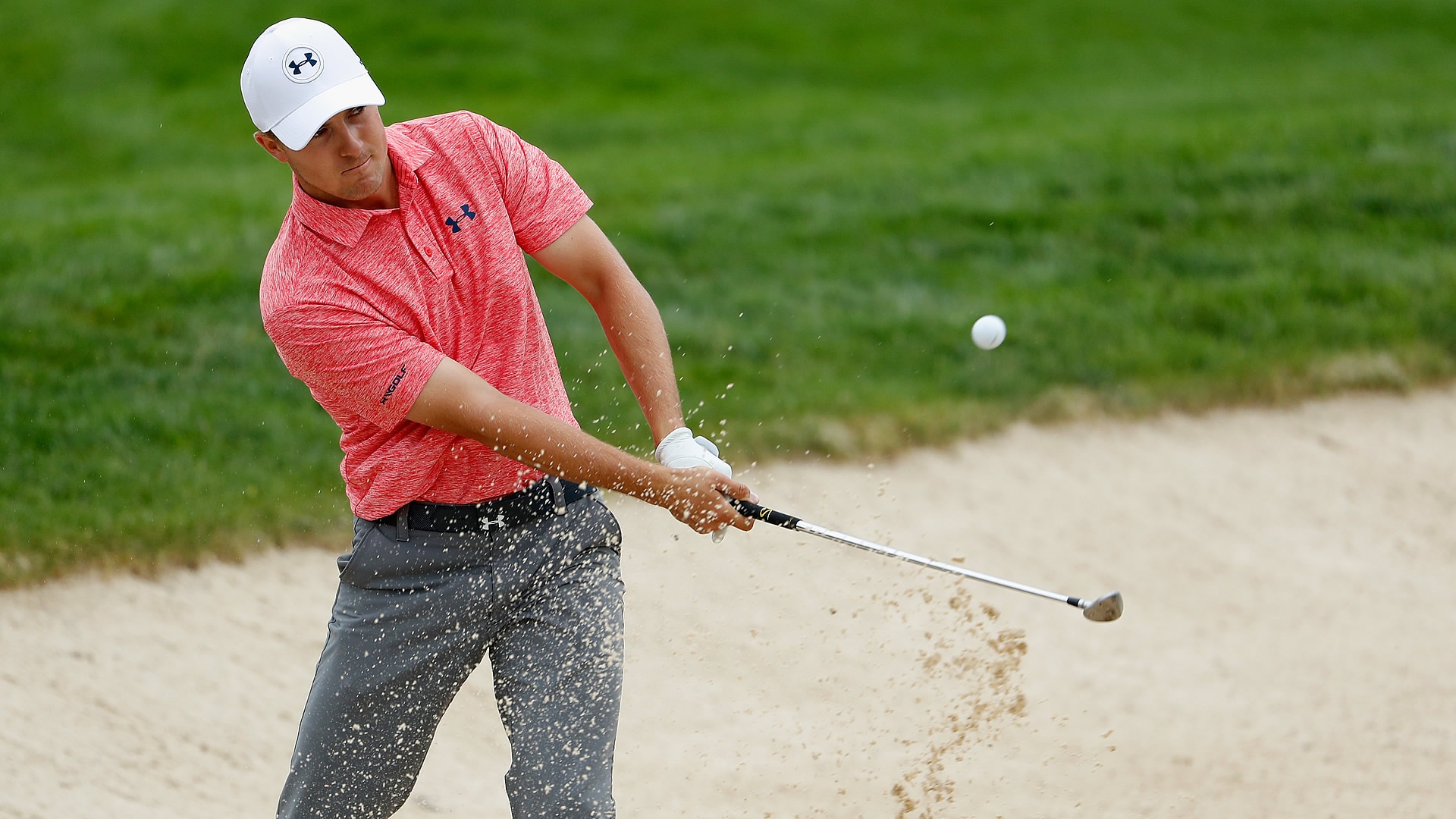 OAKMONT, Pa. – Jordan Spieth walked off the course Friday satisfied with his position but frustrated by how he arrived there.

The defending U.S. Open champion shot a 2-over 72 in a round that included four bogeys, three weather delays and one animated exchange that was caught by TV cameras. He was six back of the lead as the second wave began its opening round at rain-soaked Oakmont.

Much of Spieth’s frustration stemmed from what transpired Thursday morning. Players were pulled off the course because of dangerous weather when Spieth was just short of the 14th green.

After a 79-minute delay, players were not allowed to warm up before the resumption of play (which lasted only a few holes before another suspension). Spieth said that was a mistake.

“Personally, my opinion – and, again, I’ll stress in my opinion – on the first delay, there were two options on a quick storm passing through: One, guys are already in shuttles; you can bring them in and it’s going to take an extra 45 minutes for guys to warm up and get them back out. Or you can leave them out there, because you think it’s going to pass in 30 minutes and you want that 45 minutes in pace of play.

“In the first round, morning wave, with three days of sunshine coming, it seems like the safe play to make the players happy and have everyone warm up, which is what we would have done on the PGA Tour. But, instead, the storm lasted longer. We weren’t able to. There’s a lot of frustrated players, including myself. But you know, it is what it is.”

Spieth’s frustration continued on the 17th hole, his eighth of the day, when he saw a flash of lightning and crack of thunder in the distance as he prepared to play his second shot into the short par 4. But the horn never blew, and his approach flew just high enough on a slope to zip back off the green, into a bunker.

“You’ve got to be kidding me!” Spieth said. “How is that in the bunker? That’s such crap!”

As he walked to the green, he was informed by officials that they were about to suspend play for a second time. He played his last 11 holes in 3 over par.

A marathon day looms Saturday for Spieth and the rest of the players who went off early Thursday. By 9:30 a.m., his work for the day was done.

“I’m not really sure how my score stands right now,” he said. “But I know that at the end of the day, the USGA is going to try to have even par win the golf tournament, and I know that I can shoot 2 under in the remaining 54 holes no matter how the course plays. I know I’m capable of it. I’m in it.”