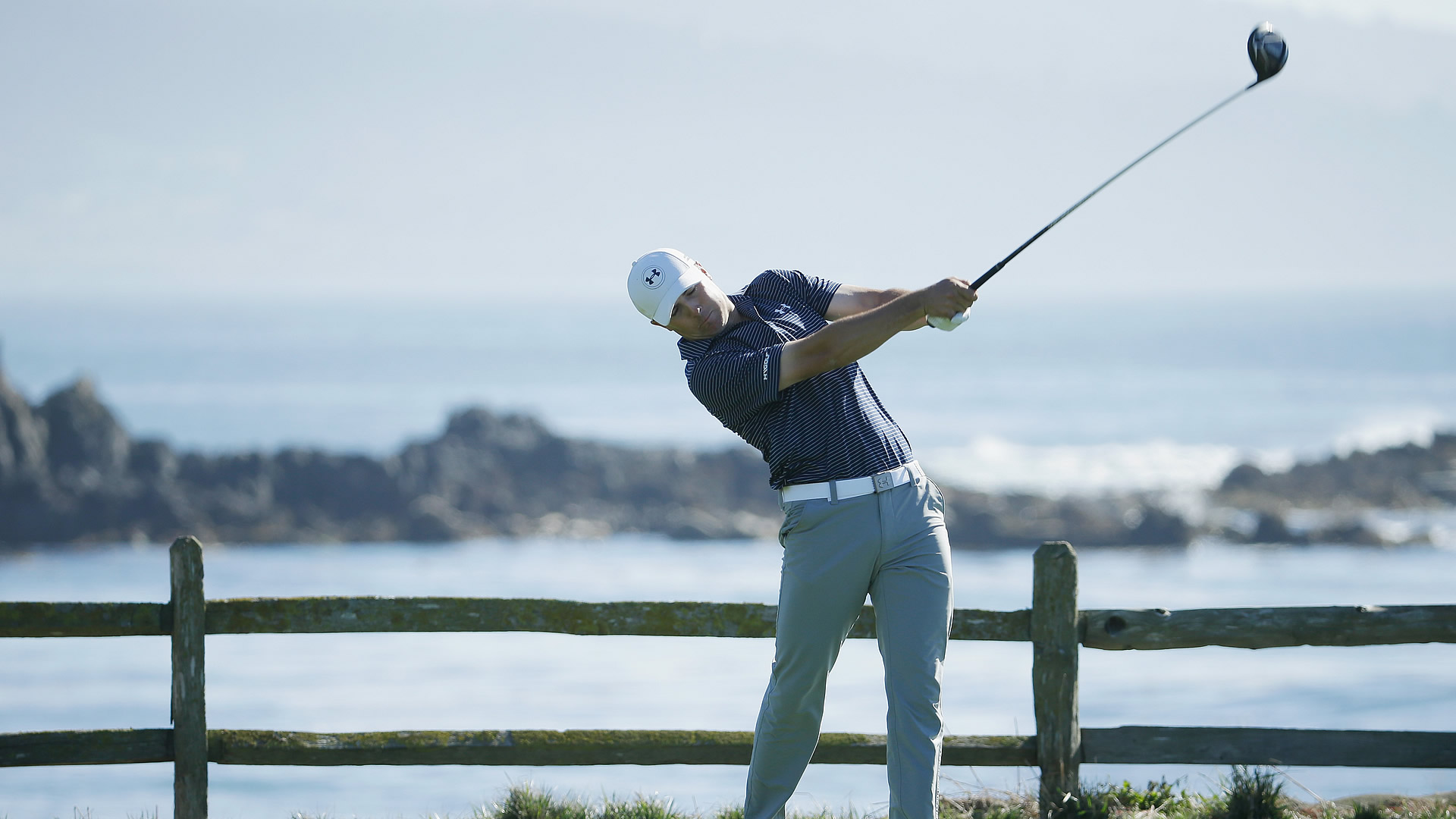 PEBBLE BEACH, Calif – Eight months after they were inextricably linked at the U.S. Open, Jordan Spieth and Dustin Johnson will walk the fairways together for the first three rounds of the AT&T Pebble Beach Pro-Am. Here are five feature pairings to keep an eye on this week on the Monterey Peninsula (all times ET):

(Note: Course rotation for each group below will be Spyglass Hill, followed by Monterey Peninsula CC and Pebble Beach Golf Links):

Watson was basically recruited to play this event by Wahlberg, and the southpaw will be making his first appearance at Pebble Beach since 2007. He'll be joined by another long hitter in Holmes, who enters off back-to-back top-10 finishes and will play with O'Donnell as his amateur partner, an actor and longtime tournament staple.

The world No. 1 will be making his first PGA Tour start since lapping the field at Kapalua, and he'll be joined by the man that in large part handed him the trophy last summer at Chambers Bay. Johnson has been the best player at this event over the last decade, winning in both 2009 and 2010, and he'll again play alongside his future father-in-law and former hockey great.

This group will include two of Callaway's biggest stars, as Mickelson seeks his fourth Pebble Beach title after a T-11 finish in Phoenix. Reed hasn't played since withdrawing from the Farmers Insurance Open because of a foot injury. Mickelson's partner is the global chairman of KPMG, while Reed's partner is an investment banker and regular Pebble participant.

Like Watson, Rose was lured into this week's field by his playing partner rather than the other way around. Timberlake will surely draw some casual fans, as will Ribeiro who starred as Carlton on the "Fresh Prince of Bel-Air."

Snedeker is the defending champ, and he and Wilt paired to win the pro-am portion of this event when Snedeker also hoisted the trophy back in 2013. He will look to continue his momentum after his surprising win at Torrey Pines and will be paired with Love, a former champ who is making his 29th career start in this event.