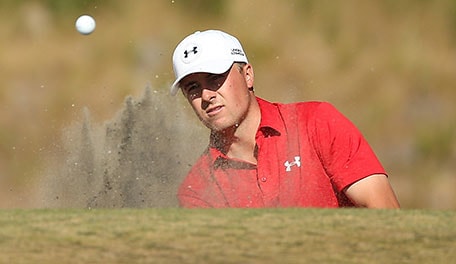 The PGA Tour heads to Silvis, Ill., this week for the John Deere Classic, the final stop before the Open Championship. Here are three groups to watch at TPC Deere Run:

All eyes this week will be on Spieth, the 2013 champion, who chose to honor his commitment to the tournament that first gave him a sponsor exemption as an amateur. This is his first start since he captured the U.S. Open and became only the fourth player in the last 40 years to win the first two majors of the year. Spieth also tied for seventh here last year. Lee, fresh off a playoff win at The Greenbrier, will be making his 28th start of the season, the most of any player on Tour. He has two missed cuts in three tries at TPC Deere Run. Harman, the third-round leader a few weeks ago at the Travelers, is the defending champion here. Last year he shot 22 under and won by one over Zach Johnson.

Streb reached the playoff last week at The Greenbrier, even after breaking his putter midway through the final round. No one has owned this event quite like Stricker, as the 48-year-old has amassed three wins (most recently in 2011) and seven top-10s in 13 career starts here. Kisner has been the Tour’s hard-luck loser this season, becoming the first player since Horton Smith in 1937 to lose three playoffs in one season.

Johnson is one of the favorites to win, after going 3-1-2-2 the past four years here. He has a pair of top-6 finishes in his last three starts, the latter of which came two weeks ago at the Travelers. Toms and Cink have struggled mightly on the PGA Tour this season, combining for just one top 10 in 33 starts.