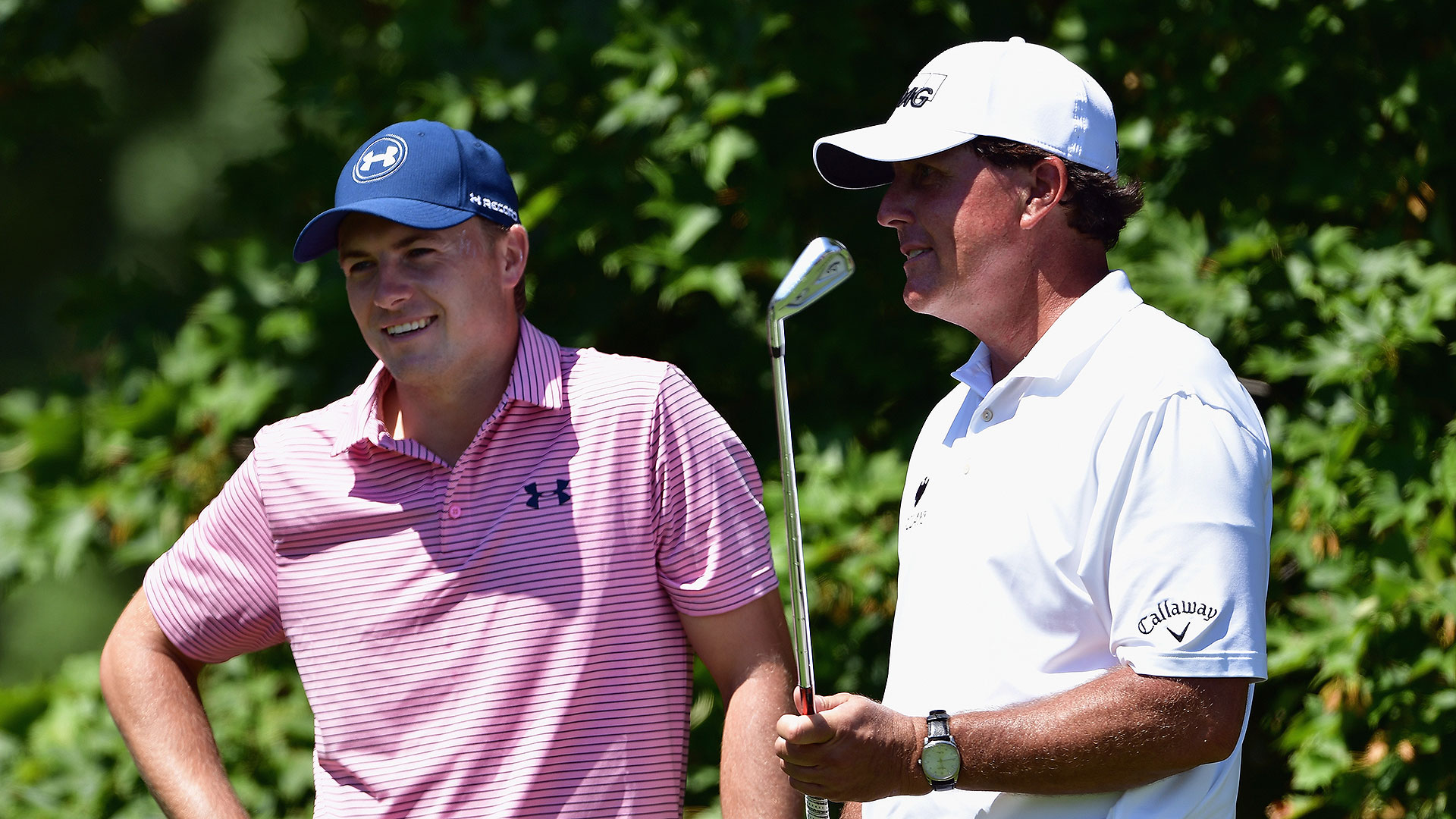 On the first tee Tuesday, Spieth walked over to Mickelson and said: “Phil, what a fantastic performance. It was a lot of fun to watch. Really a bit unlucky. You certainly deserved it.”

It’s been a familiar refrain ever since Mickelson came up three shots shy of Henrik Stenson at Royal Troon, a 17-under performance that would have won or at least forced a playoff at 141 of the 145 Opens ever played.

And Spieth knew the feeling.

Last August, he shot 17 under par at Whistling Straits, a 72-hole total that would have won all but four PGAs, but he still finished second to Jason Day.

“I was talking with Phil about it earlier,” Spieth said. “It’s going to happen in the course of a career where you’re going to play well enough to win a major at that golf course most times and one or two other players are still going to be up there.”

Mickelson felt that way at the 2015 Masters, when Spieth tied the tournament scoring mark at 18 under and Lefty shared second place.

A few months later, Day flipped the script on Spieth at the PGA.

“It’s just going to happen,” Spieth said. “I felt like last year was one of those that happened to me.”