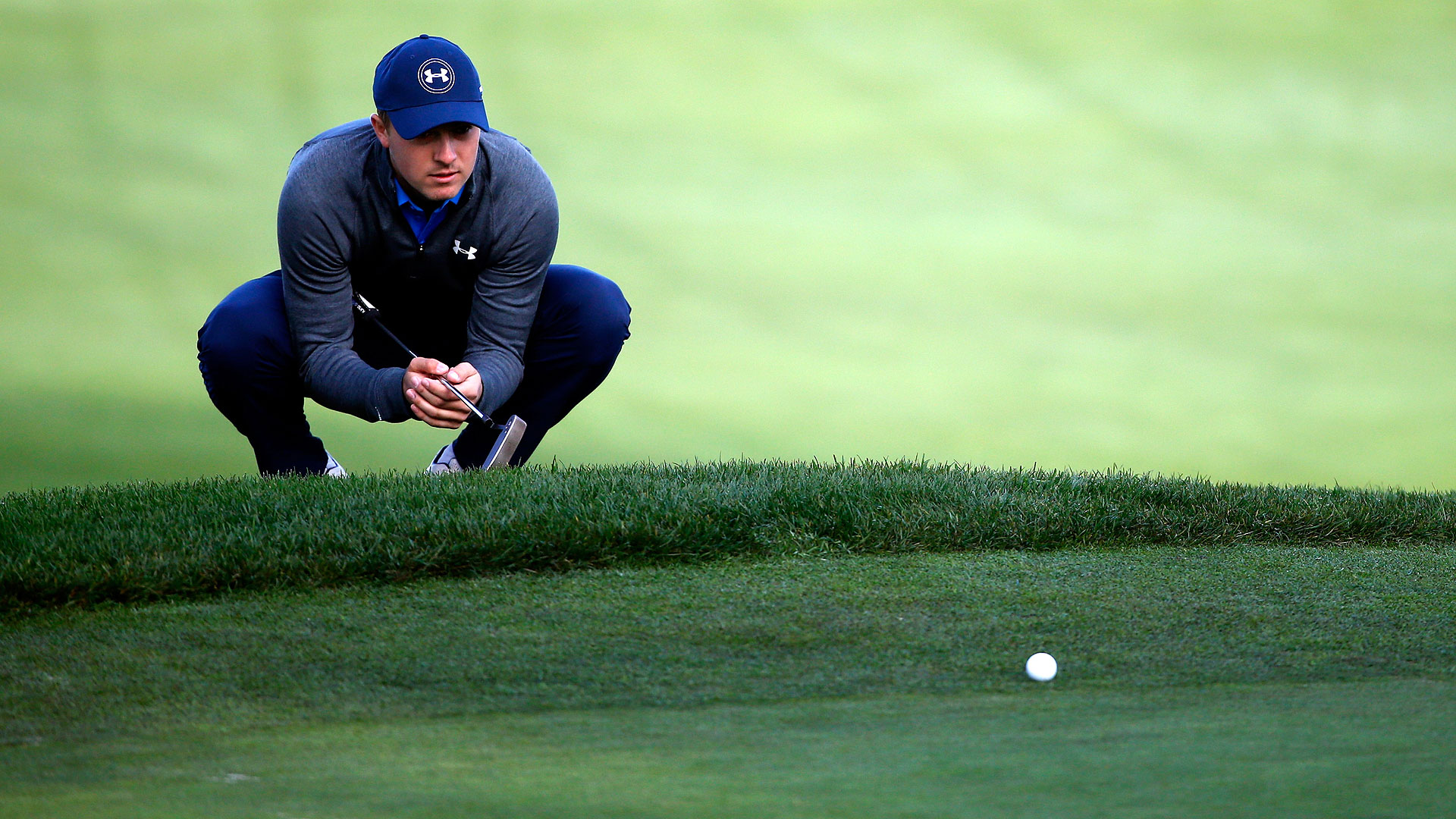 PEBBLE BEACH, Calif. – Monterey Peninsula Country Club is the only par-71 layout in the rotation this week at the AT&T Pebble Beach Pro-Am, and it’s often viewed as players’ best chance to rack up a low score.

For world No. 1 Jordan Spieth, MPCC – and specifically its poa annua greens – remain a mystery. Spieth failed to conjure much momentum for the second straight day, carding a 2-under 69 that included two birdies, 16 pars and a multitude of missed opportunities.

“I just couldn’t get it in the hole,” Spieth said. “I’ve struggled putting here at Monterey Peninsula the past few years. The hardest greens to putt, in my opinion, because they’re the softest. I had a couple putts today that I pretty much started walking in from 8-10 feet, and then they just kind of dive off or bounce off and lip out. It just happens.”

Spieth sits at 3 under through two rounds, eight shots off the pace as he heads to the host course for his third round. That gap is in large part because he has failed to take advantage of the longest holes thus far this week, playing a series of reachable par 5s at both Monterey and Spyglass Hill in a combined 1 under.

“From where I’ve been at, (where) I played them, they have pretty much all been par 4s for me, so it almost feels like I’m playing them 7 over,” Spieth said. “It’s bizarre. Normally, I play the second shots on the par 5s so well, but I haven’t found any of the greens and I haven’t been strong with my chipping.”

After top-10 finishes here each of the last two years, he still has not given up hope of another strong result despite the sizeable deficit he faces at the halfway point.

“I mean honestly, I’m only (eight) back and on Pebble, you get a couple good low rounds and you never know,” he said. “With conditions out here, I’m still in this tournament.”