Spieth looks for luck to swing his way Monday at Dell 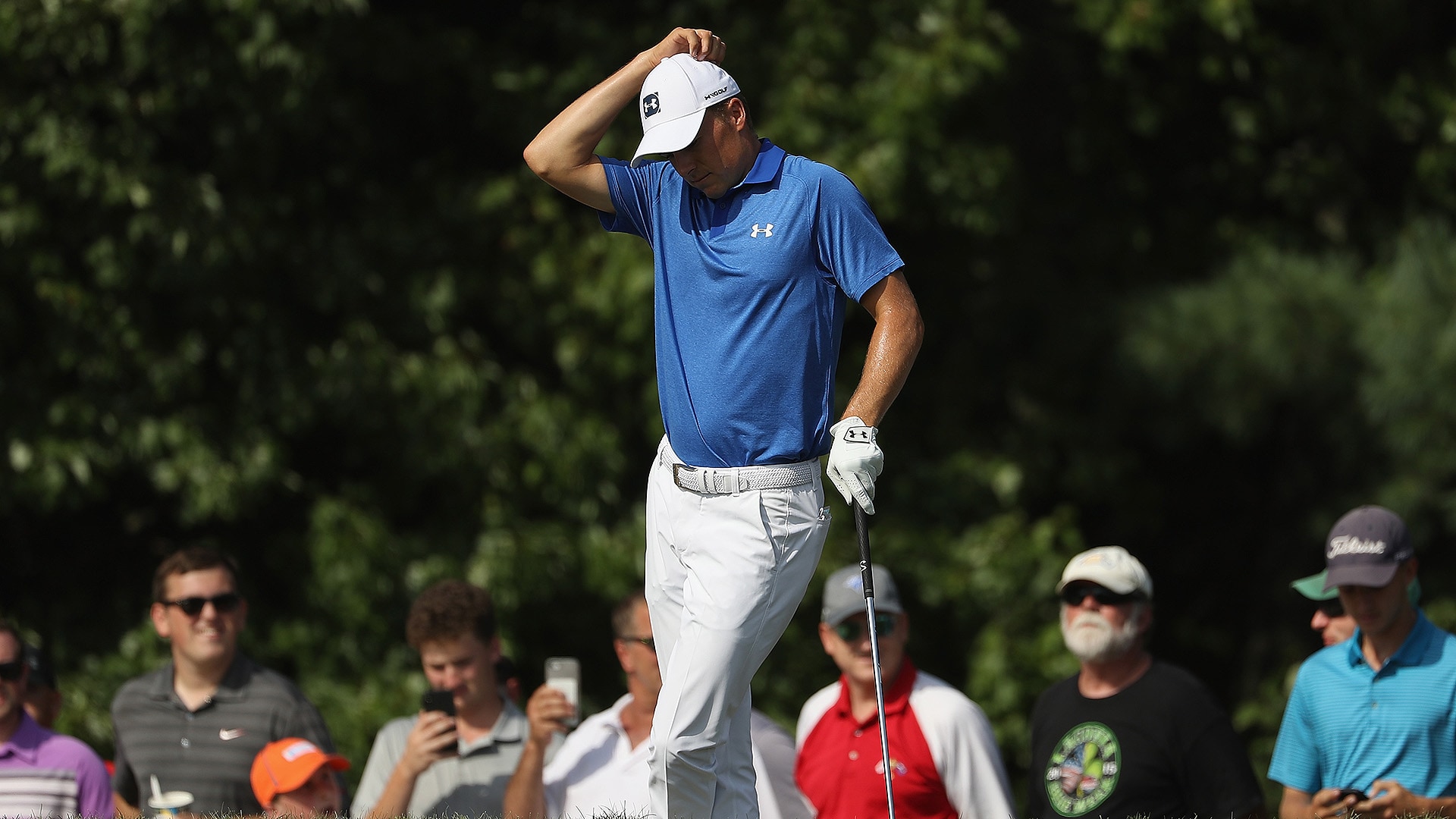 NORTON, Mass. – This season has been a series of individual challenges for Jordan Spieth. He’s struggled with his putting, his patience and his inability to close out tournaments.

On Monday at the Dell Technologies Championship he gets another chance to turn the latter around.

“I haven't had the best of luck on Sundays. I feel like I've been comfortable,” said Spieth, whose 68 on Day 3 moved him into a tie for eighth place and four strokes off the lead. “I feel like the game's been there and then I just get tough breaks in the first six holes, going back to the Open Championship, that really just kind of stabbed me.”

At Carnoustie, where he began the final round tied for the lead, he closed with a 76 to tie for ninth and last week at The Northern Trust he stumbled to a Sunday 73 to tie for 25th.

In his favor on Monday at TPC Boston will be his steady play through three rounds. Despite being over par to start his first two rounds he’s rebounded to keep pace with the leaders and on Sunday he birdied two of his final four holes.

“The one thing that I have had this week that I haven't had this year is consistency, 2 under, 4 under, 3 under, is consistent golf given tough starts to the days,” Spieth said.