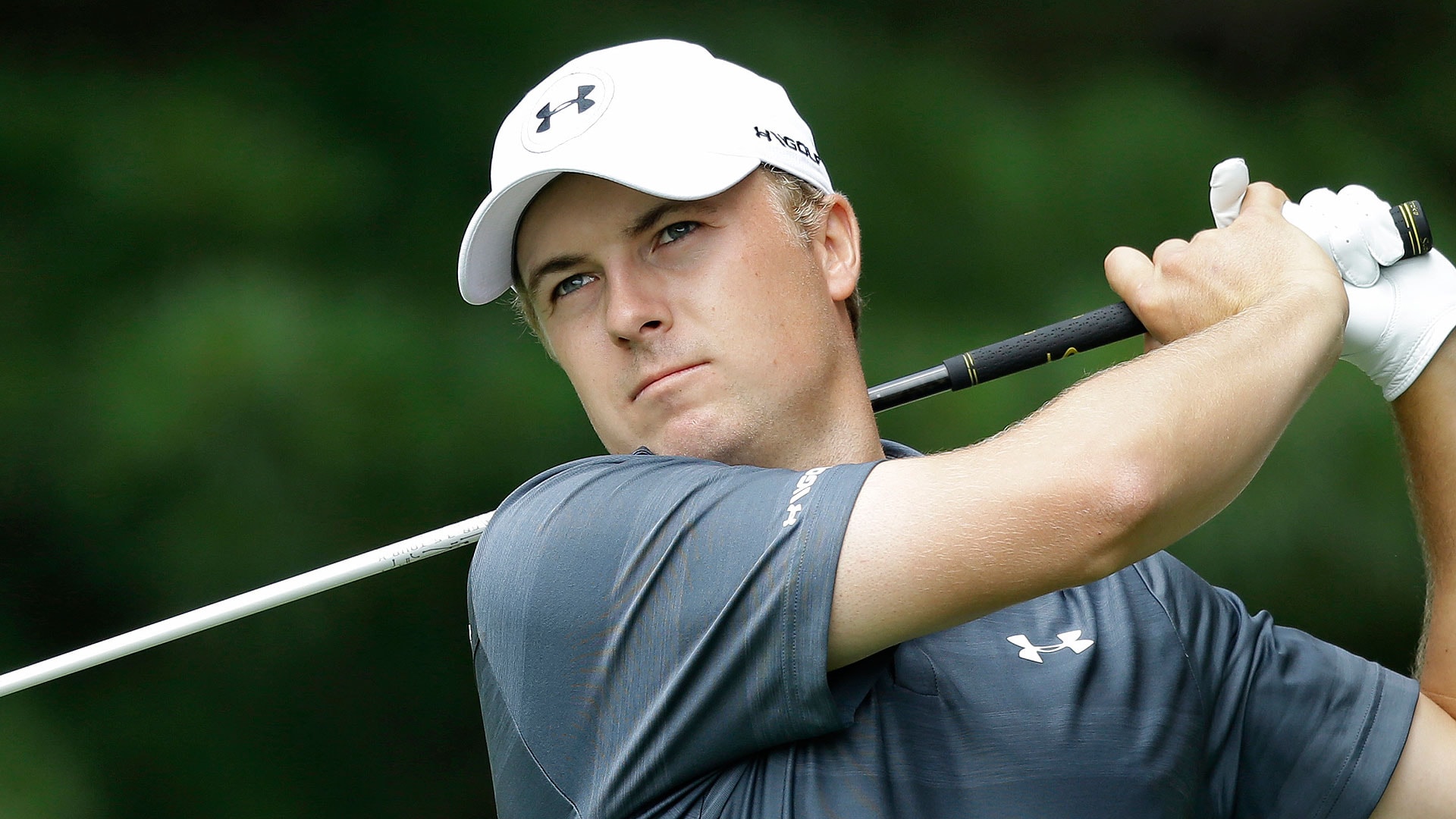 AKRON, Ohio – Suffice it to say that Jordan Spieth is not a fan of the par-5 16th hole at Firestone Country Club.

Spieth’s title hopes at the WGC-Bridgestone Invitational suffered a serious setback during the third round when a watery approach from 85 yards led to a triple bogey. While Spieth birdied the next hole, he ended up with a 1-over 71 and at even par he now trails Jason Day and Scott Piercy by five shots.

While the 667-yard hole annually plays as one of the longest holes on the PGA Tour, Spieth believes it could use some tweaking.

“I think it’s a poor hole from where we play the tee box,” Spieth said. “It wasn’t designed to be played from 670. In my opinion, with how firm the course is, it would be a better hole if it were moved up a good 50 yards and guys could potentially go for it, and if you hit a good drive, you have a decision to make.”

Spieth birdied the hole during the first round and bogeyed it during the second round. His first wedge Saturday came up short in the pond that guards the green, while his next attempt hit the green and bounced over the putting surface.

Spieth said that he considered going for the green with a 3-wood, but from 277 yards even downwind he and caddie Michael Greller opted against it. With Spieth two shots back at the time, they believed the more prudent move – and the one that theoretically would take a big number out of play – was to lay up.

“It was pushing it, and I was dialed in with my wedges today,” Spieth said. “So it was a smart decision to lay up to a go-to number, it was just once in a blue moon of just mis-hitting it and it falling short.”