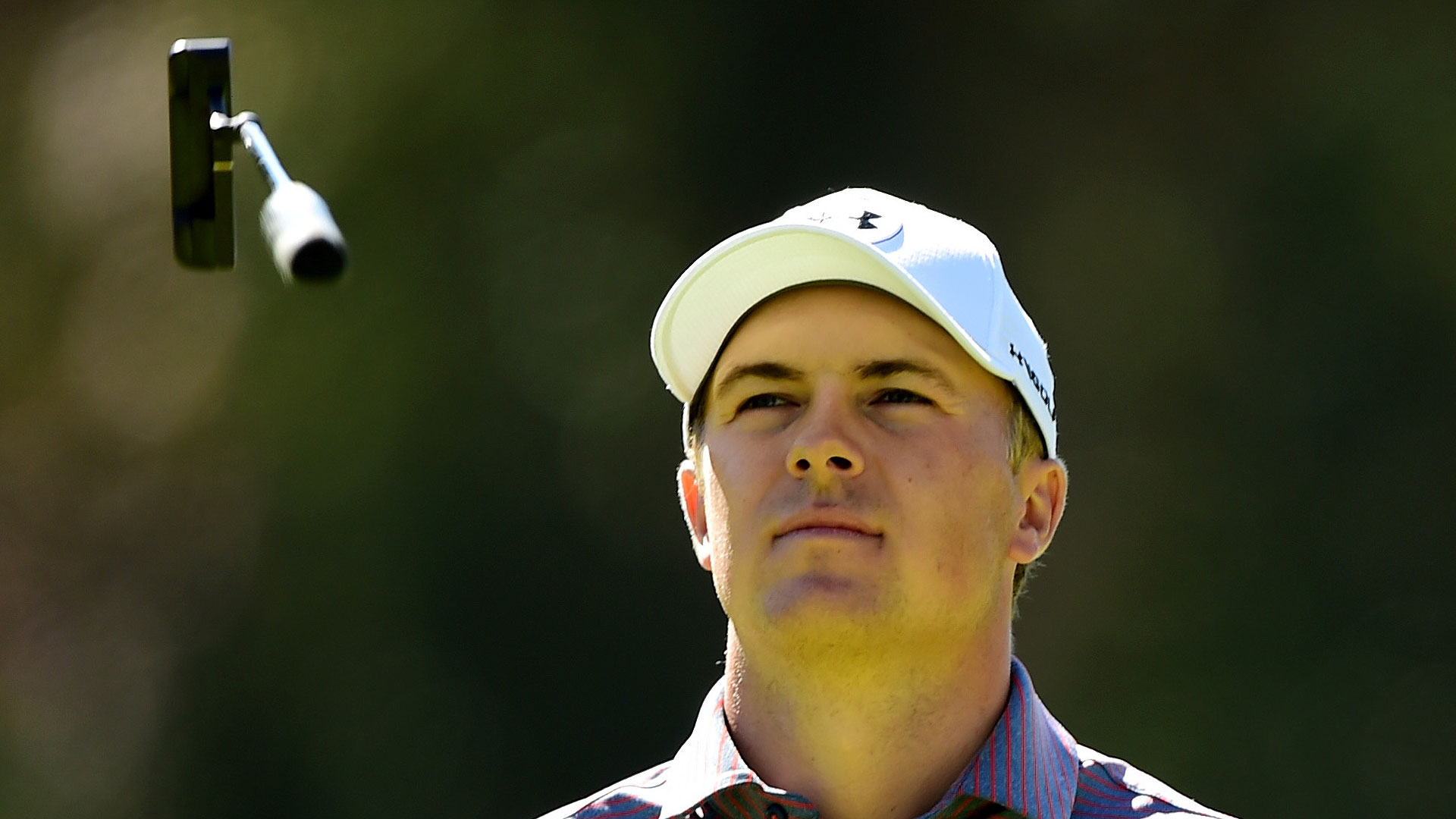 LOS ANGELES – On his way to the interview area on Friday at the Northern Trust Open, Jordan Spieth passed Dustin Johnson, who asked the world No. 1, “How’d you play?”

“Better than yesterday,” Spieth laughed, which prompted an even more entertaining response from Johnson: “That wasn’t that hard to do.”

Following a first-round 79, his worst opening-day score on the PGA Tour, Spieth had plenty of room for improvement as he scrambled to try to make the cut but he quickly fell into a familiar routine.

Spieth birdied his first hole of the day, No. 10, but spun a wedge into a greenside bunker at the 11th. Bogey. At No. 12 his approach shot plugged in another greenside bunker. Bogey.

The most consistent player in 2015 had just as many bogeys as pars (five) on Friday, which mitigated his eight-birdie effort and left him at 5 over and headed home after 36 holes for the first time since last fall’s Deutsche Bank Championship.

“I've got an extra couple days of rest from what I would have had, and I'll be ready to go come next tournament,” said Spieth, who was tied for 123rd when he finished his round following a second-round 68.

It was another frustrating day for Spieth, who had better control of his irons and putted much better on Friday (he took just 24 putts), but was unable to sustain the type of run he needed to make the cut.

“One break, one time,” Spieth pleaded on the third hole after his 11-footer for birdie caught the lip of the hole but refused to drop. It was a familiar refrain for Spieth this week.

Spieth’s next start will be the WGC-Cadillac Championship in two weeks, which will give him a window to rest and rebound from his poor performance at Riviera Country Club.

“I'll probably add to the ball count from what I've had recently,” he said. “I've been trying to rest and maybe not practice as much as I normally would to kind of conserve energy. It kind of showed. I just need to be out there on the range a little bit more than I have been leading up to events.”