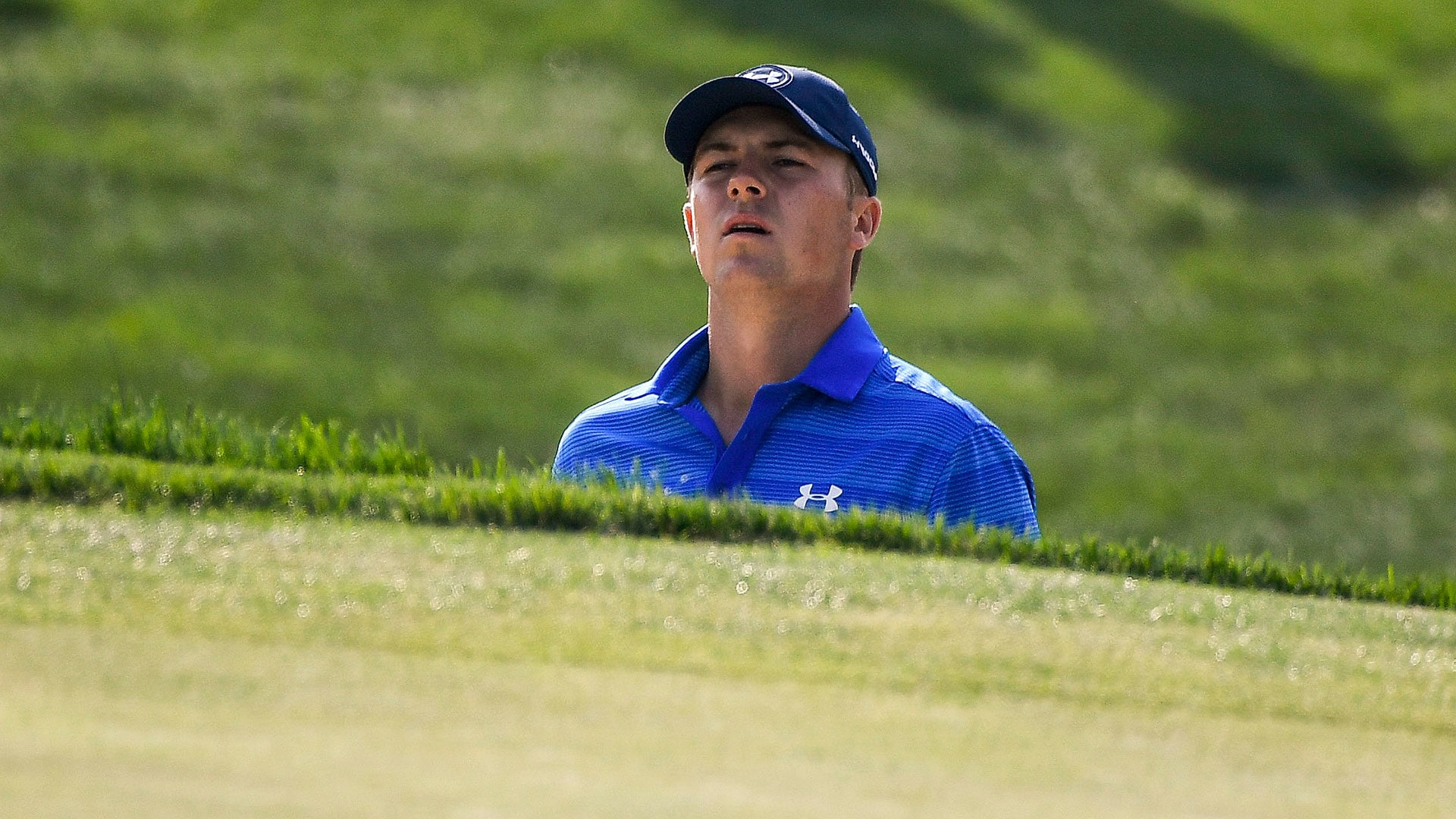 DUBLIN, Ohio - Jordan Spieth used his incredible short game last week to win at Colonial, and he relied on it once again to shoot a 2-under 70 Thursday at the Memorial.

The world No. 2 one-putted his first seven holes, but his ball-striking continued to hold him back from turning a good round into a great round.

“I putted the ball great,” Spieth said after taking 26 putts. “I felt awesome on the greens. Just missed a lot of greens.”

Spieth hit six of 14 fairways and 11 of 18 greens. It was a missed opportunity as Spieth had an early tee time and soft greens thanks to some overnight rain.

Starting on the back nine, Spieth came to the difficult par-3 16th at 1 under, but he pulled his tee shot left of the green into the deep rough and on a downslope.

Spieth pitched out to 17 feet and poured the putt in for his seventh one-putt green in a row.

“The one on 16 was a nice bonus,” he said. “I just hit a really poor iron shot and hit it up in a really tough spot. Just kind of hacked it out there just to kind of take 4, and it happened to go in. That was a big momentum keeper.”

Spieth used his wedges to rally on his second nine with birdies at Nos. 2, 5 and 7.

But from the middle of the fairway at No. 9, Spieth’s second shot from 148 yards found the back bunker, and he was unable to get up and down.

“Didn't have great control of the ball today, but I think it's close,” Spieth said. “Just didn't get off to a good start on the first few holes striking [the ball], and from there it got me thinking about stuff.”