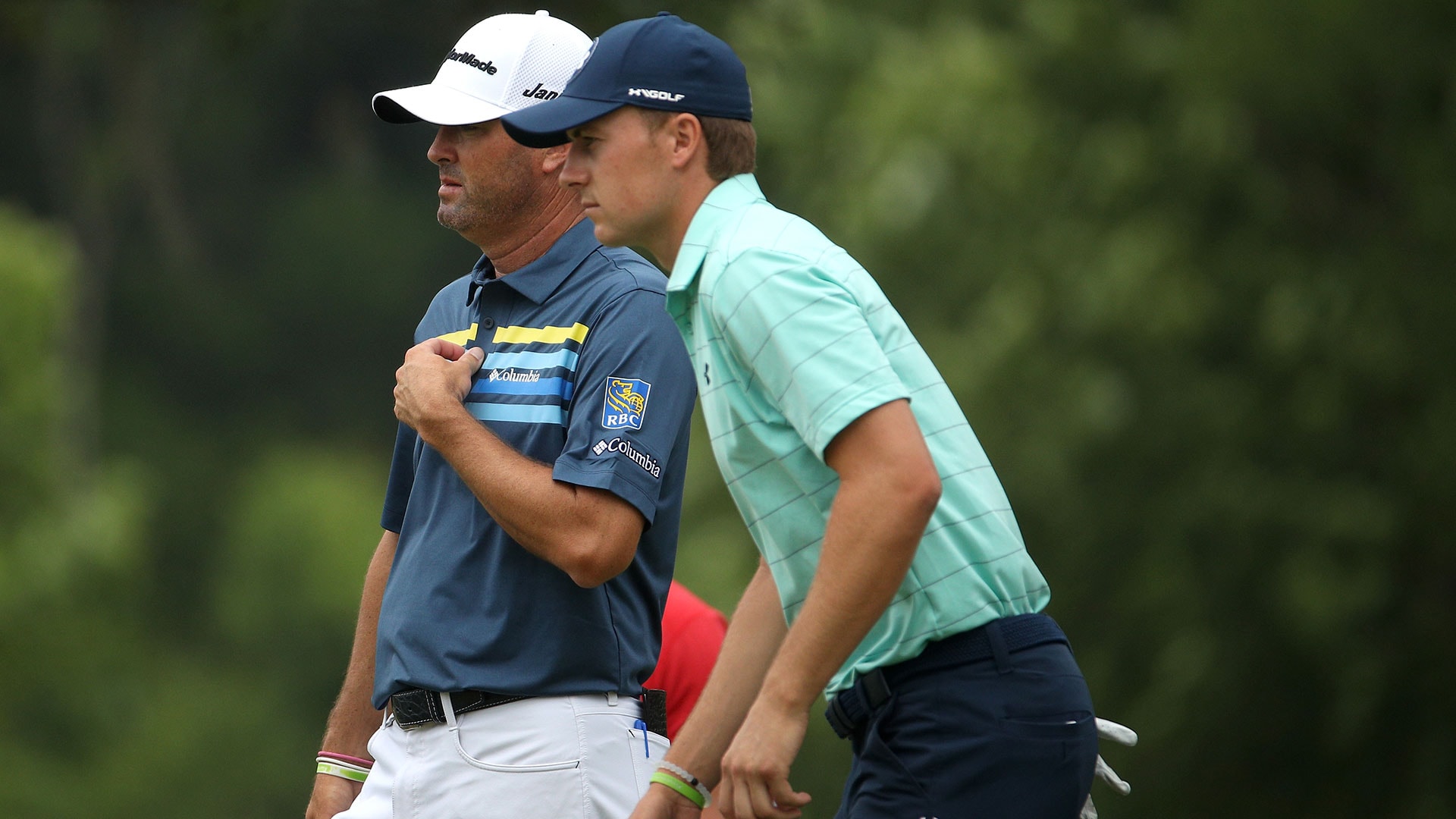 AVONDALE, La. – The last hour and a half of Jordan Spieth and Ryan Palmer’s round Friday at the Zurich Classic likely kept them alive in the tournament.

After sharing the opening-round lead in alternate shot, the Spieth-Palmer team struggled to make birdies in the best-ball format that produced five 62s on Day 2.

With six holes to play in their second round, Spieth and Palmer were just 1 under for the day and eight shots off the lead at TPC Louisiana.

“Then we just saw a putt go in,” Spieth said, referring to the 24-foot birdie he made on the fourth hole. “The hole looked so small. It was burning right edge, left edge, short, long. … “Finally, that one goes in, and we were walking to 5 saying, ‘All right, the lid is off.’”

Palmer stuffed his approach on the fifth hole, then the team ran off three consecutive birdies to close to post their second consecutive 66. Heading into Saturday’s alternate-shot session, they are three back of Jonas Blixt and Cameron Smith.

“I was getting very frustrated with myself not being able to roll any of those putts in,” Spieth said, “and he was really just giving me fist-pumps on the tees, and once the lid came off, sarcastically, we really enjoyed that and just rode the momentum.”