Spieth puts claret jug to good (and varied) use 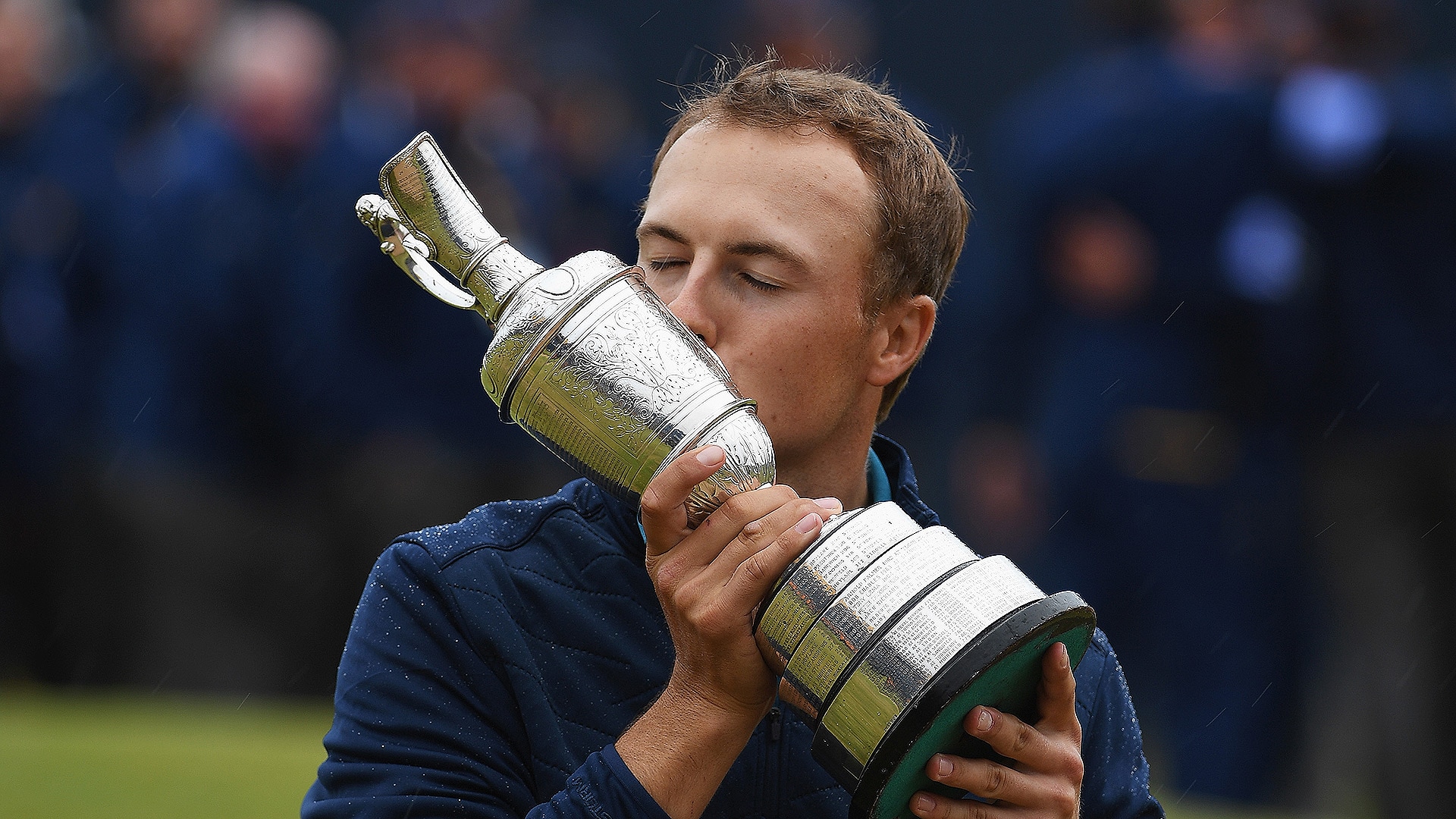 AKRON, Ohio – Jordan Spieth hasn’t had much time to get acquainted with the claret jug, but he’s already put golf’s oldest trophy to use.

In the two weeks since Spieth won The Open, the trophy has made an appearance in his gym for a workout he posted to Instagram, and it was the centerpiece of his recent birthday celebration. But it’s also served a more traditional role as chalice for a variety of adult beverages.

The most unique beverage thus far? A margarita, hold the salt. “I don’t do salt anyways,” he said with a grin.

Spieth still has 50 weeks before he has to return the jug to R&A chief Martin Slumbers at Carnoustie, but he insisted Wednesday at the WGC-Bridgestone Invitational that it would be “pretty much just wine from now on.”

As for next week when he gets his first crack at completing the final leg of the career Grand Slam at the PGA Championship, Spieth isn’t putting too much pressure on himself despite winning each of his last two starts.

“If I’m healthy and playing well, I play in 30 of them. I believe I’ll have plenty of chances to win them, but it doesn’t have to be this year,” Spieth said. “If it’s this year and it happens, that’s great, that’s another life-long goal that we’ve achieved. But I believe that I’ll do it someday, so if it happens next week then fantastic, and if it doesn’t then it’s not going to be a big-time bummer whatsoever because I know I have plenty of opportunities.”

Looking ahead to Quail Hollow, Spieth even cracked a smile when recalling the fortuitous break he received on the 13th hole at Royal Birkdale after an errant drive nearly ended his chances of winning major No. 3.

“Getting three legs of it is much harder than getting the last leg, I think,” Spieth said. “We’ve had three in two years and so, I mean, if we just continue with the same process, get the right breaks and driving ranges are in play, then I’ve got a good shot at No. 4.”