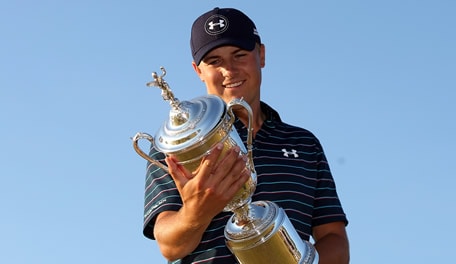 Jordan Spieth has never been closer to reaching world No. 1.

Assuming Rory McIlroy doesn’t play in next week’s Open Championship because of injury, the 21-year-old needs a top-6 finish at the John Deere Classic and a victory at St. Andrews to ascend to No. 1 for the first time.

“I didn’t think at the beginning of the year I would have a chance to get there this year,” Spieth said Tuesday, “and there certainly is an opportunity now.”

After winning the U.S. Open, Spieth briefly surpassed 11 average points in the world rankings, becoming just the third player in the last decade to accomplish the feat. Unfortunately for Spieth, one of those players is the man who currently occupies the No. 1 spot: McIlroy.

“I’ve certainly played solid enough to be No. 1 in the world a lot of different years,” Spieth said. “It’s a tough position this year given how successful Rory is, but I just need to keep working as hard as I have been and focus on this week and next week and a strong finish for the season because there’s a lot of world rankings points in all of the events coming up.”