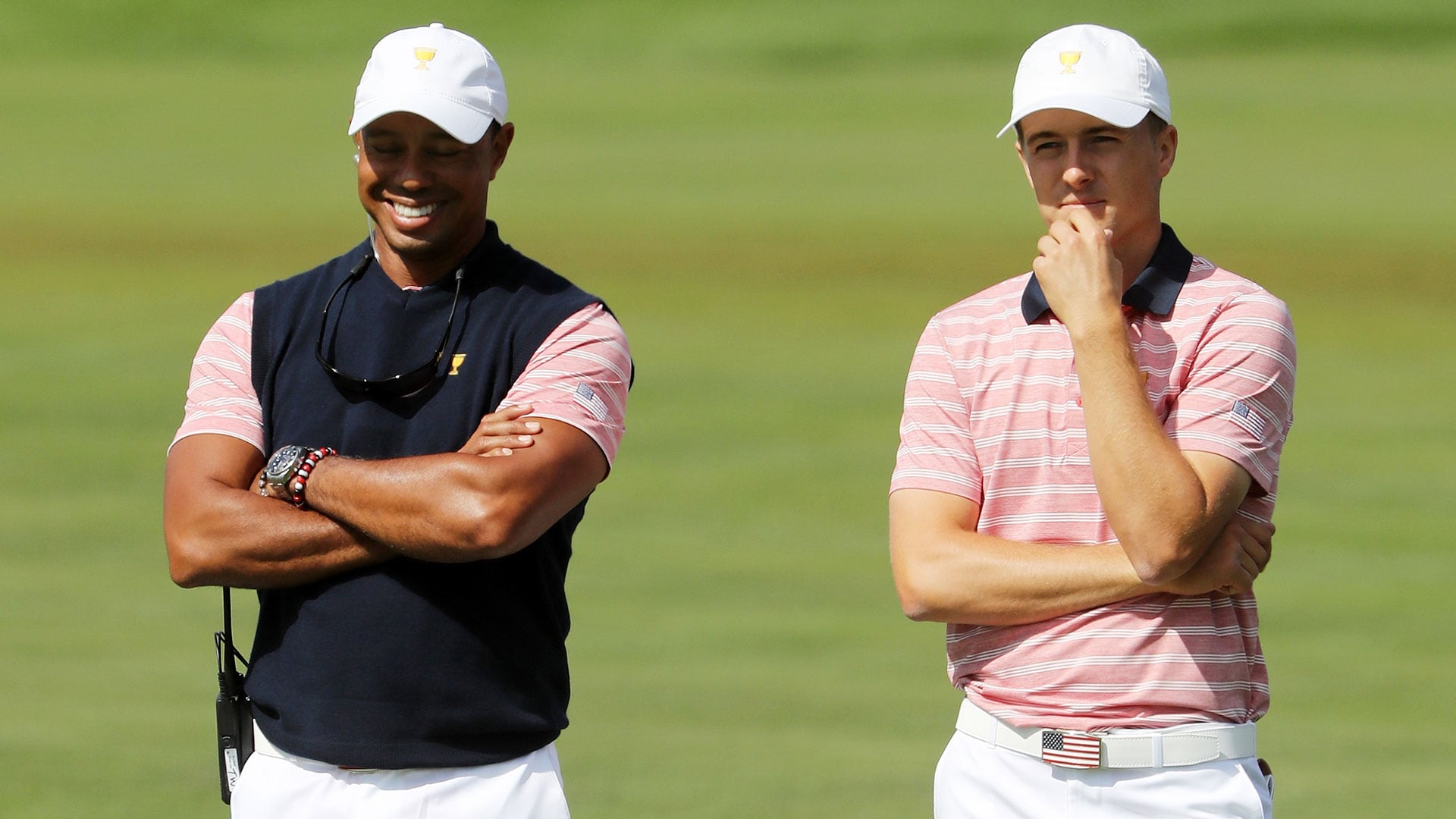 Jordan Spieth remains an early betting favorite for the Masters, but Tiger Woods saw his odds dip dramatically thanks to a strong showing as tournament host.

The Westgate Las Vegas Superbook trimmed Spieth's odds for claiming a second green jacket to 7/1, equal to his starting odds in August but below the 8/1 figure available last month. He's followed by Dustin Johnson, who withdrew from the Masters this year, and Rory McIlroy, who still seeks the fourth leg of the career Grand Slam.

On the heels of a T-9 showing at the Hero World Challenge in his first competitive start in 10 months, Tiger Woods' odds fell to 20/1. While Woods was available as low as 15/1 over the weekend, his current odds are still a dramatic dip from the 100/1 figure with which he opened in August.

Woods won his fourth and most recent green jacket in 2005, and he is more than four years removed from his most recent tournament win. But his odds are currently shorter than a group that includes Phil Mickelson, Adam Scott, Bubba Watson and Sergio Garcia, who have combined to win five of the last eight Masters.

Here's a look at the most recent odds, with the season's first major still five months away: