Spieth, Scott 5 back at Australian Open 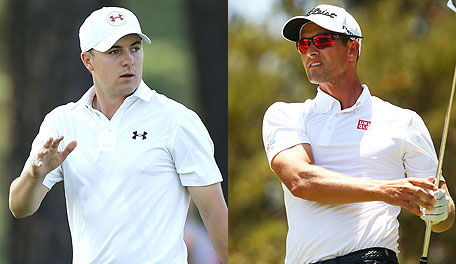 The two guys with green jackets shot even par. The guy trying to get through Web.com Tour Q-School shot 5 under. Here's how things stand after one round of the Australian Open, where Lincoln Tighe holds a one-shot lead over Matthew Jones in Sydney.

What it means: Scoring was kept largely in check on the par-71 The Australian Golf Club course by 25-mph winds, meaning even-par rounds, such as those shot by Jordan Spieth and Adam Scott, are still very much in the mix. "I'm still in this golf tournament," Spieth said.

Round of the day: Tighe's 5-under 66 featured seven birdies and two bogeys. It was fueled by the 26-year-old's long driving. "I hit my driver really good and I was in good positions all day," he said.

Best of the rest: Jones was treading water at even par when he came to the seventh hole. He then proceeded to birdie the seventh, eighth and 10th holes to go 3 under. He made two more birdies and a bogey on the back nine, finishing at 4-under 67.

Biggest disappointment: Less than a week after winning his third Australian Masters, 56-year-old Peter Senior had nothing left in the tank for the first round in Sydney, shooting 80. "It was a terrible round. I felt a bit embarrassed really," Senior was quoted on the tournament website. "I played a lot better than 80. I’m a proud man, but I’m a little ashamed."

Main storyline heading into Round 2: Spieth is the defending champion, this tournament having launched his historic run to the No. 1 world ranking. Can he put himself in position for a 2016 kick-starter? And Scott hasn't had a winless year since 2001, but he's 0-for-2015. Can he make a late recovery?

Quote of the day: "All in all it was a very tough day for scoring so even par felt like a 3- or 4-under round." - Spieth 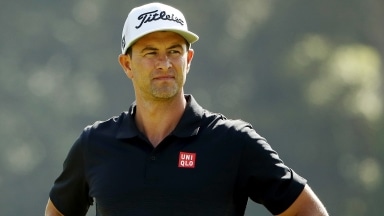