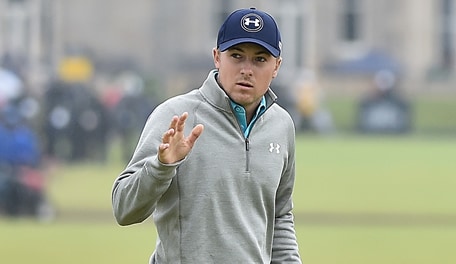 ST. ANDREWS, Scotland – The Spieth Slam might be over, but there’s still more history for Jordan Spieth to chase next month at Whistling Straits.

With a victory at the PGA Championship, the world No. 2 could join Ben Hogan and Tiger Woods as the only players to win three majors in a season.

“That would be the next goal as far as history goes,” Spieth said after finishing one shot out of a playoff at St. Andrews. “Sights set on the PGA Championship.”

Hogan won the Masters, U.S. Open and British Open in 1953. He didn’t play the PGA because the dates overlapped with the Open that year.

Woods won the last three majors of the 2000 season, then added a green jacket at the ’01 Masters to hold all four majors at one time.

Spieth, who turns 22 next week, will take the next two weeks off before returning at the WGC-Bridgestone Invitational. He was entering his senior year of high school when the PGA was last held at Whistling Straits, in 2010.

Spieth said he will head home to reflect but that the close call “won’t hurt too bad.”

“I made a lot of the right decisions down the stretch and certainly closed plenty of tournaments out,” he said, “and this just wasn’t one of those. It’s hard to do that every single time. I won’t beat myself up too bad because I do understand that.”