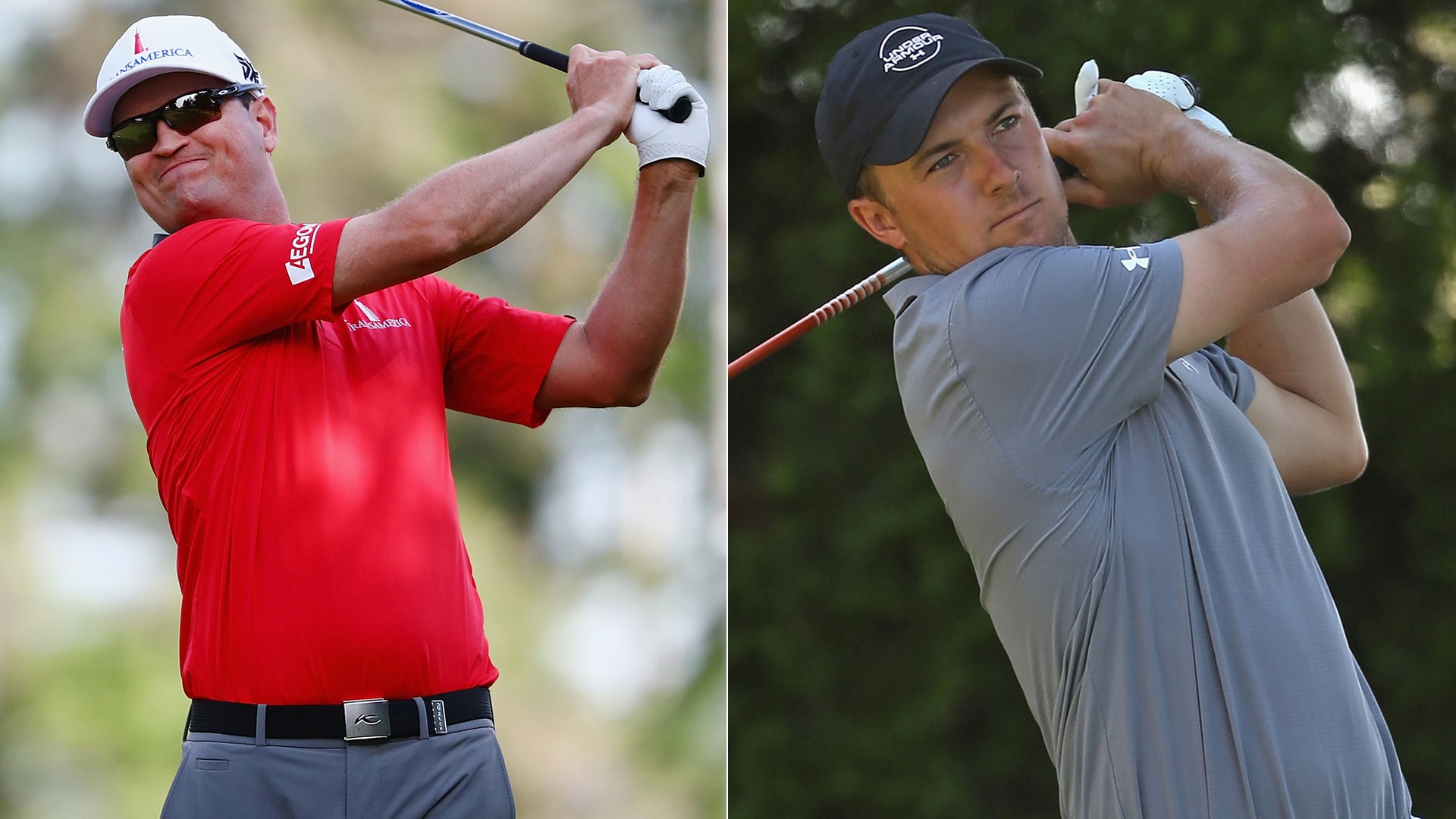 Just a few miles north but light years removed from the difficulty of Shinnecock Hills, the PGA Tour returned to week-in, week-out normalcy with the Travelers Championship. Here's what happened in the first round at TPC River Highlands in Cromwell, Conn.:

What it means: The two biggest names in the field, Spieth and McIlroy, are looking for a boost of confidence after missing the cut in the U.S. Open. Their scores look good, but McIlroy won't be happy about closing with a bogey.

Round of the day: Johnson and Spieth both put up 7-under 63s. Johnson, after a relatively pedestrian 2-under front nine, caught fire on the back, making six consecutive birdies on holes 11-16. A three-putt bogey at the 17th ended the run, and he parred the last for his 63. Spieth, the defending champion, put up two birdies and an eagle on the front and four more birdies on the back. Like Johnson, he had only one blemish, a bogey-5 on the drivable par-4 15th when he hooked his drive into the water.

Best of the rest: McIlroy, Malnati and Harman each shot 64. Malnati eagled the 15th and followed that with birdies at 16 and 17 and a back-nine 29. Harman had a rare birdie on the 444-yard 18th for his 64, but McIlroy threw away a shot at the closing hole to fall out of a share of the lead. His right foot slipped as he was hitting his approach shot, and he missed the green. After taking a drop to get away from a sprinkler head, he was unable to get up and down.

Biggest disappointment: Bubba Watson, a two-time winner of this event, could manage no better than an even-par 70. Two-under through 11 holes, he bogeyed three of the next four.

Shot of the day: Can we safely say that Spieth likes the bunkers at River Highlands? Last year he got up and down from one at the 18th hole to get into a playoff, then he holed out from the same bunker to win the playoff. On Thursday he worked his magic at the par-5 sixth hole, sinking his sand shot for eagle.

We've seen this movie before.

Another bunker hole-out for @JordanSpieth!

Biggest storyline going into Friday: Most eyes will be on Spieth and McIlroy, to see if they're over their U.S. Open funks and gearing up for The Open Championship.