Spieth on pine-straw shot: 'What would Arnie do?' 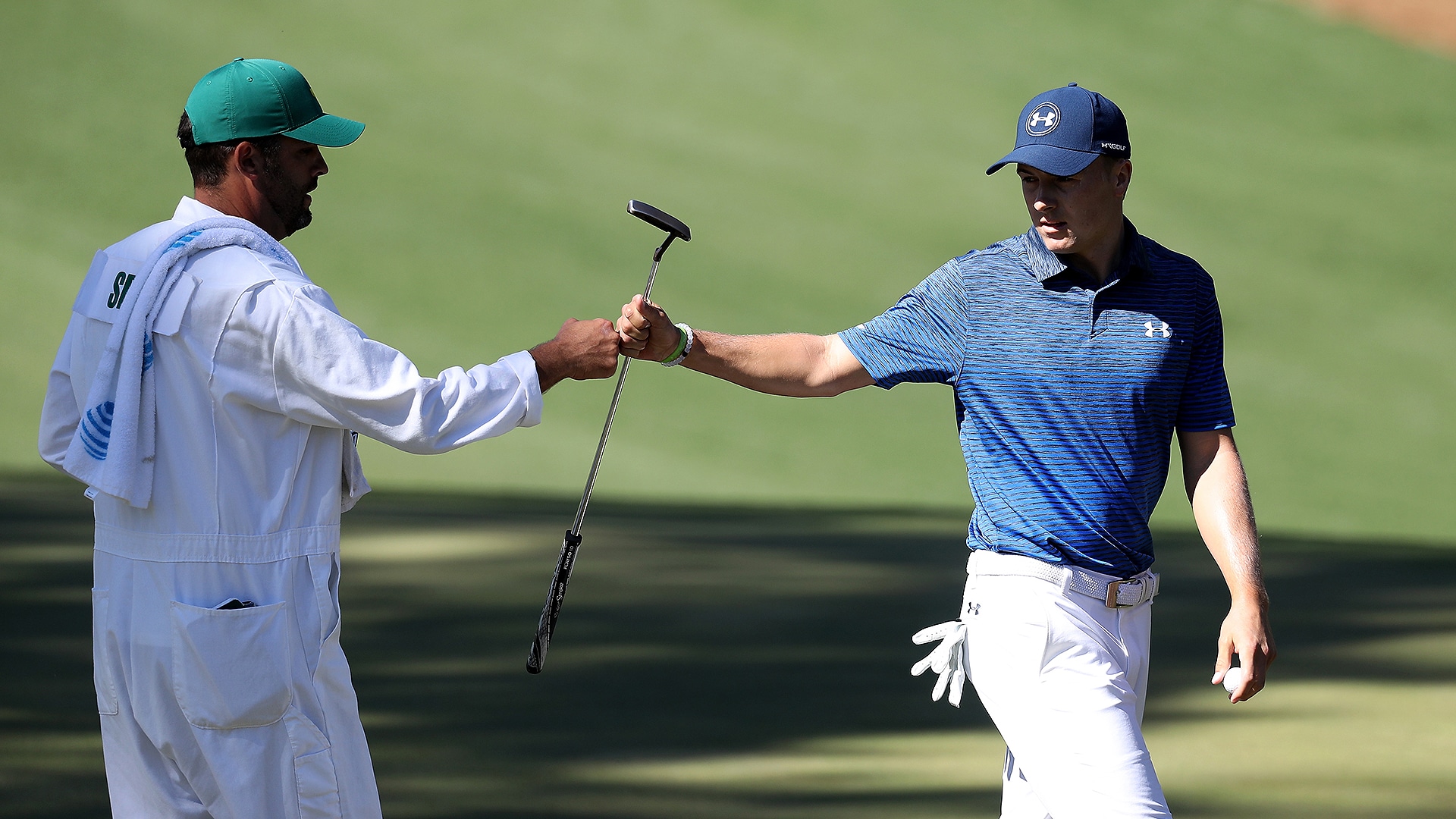 AUGUSTA, Ga. – Jordan Spieth was in the pine straw right of the par-5 13th fairway Saturday during the third round of the Masters and was some 230 yards from the pin. After deliberation with caddie Michael Greller, Spieth looked over and simply asked, “What would Arnie do, Mike?”

Greller looked a bit shocked that his man asked that question but returned by telling Spieth that Arnold Palmer would go for it and hit it to within 20 feet.

“I think Mike was taken back,” Spieth said after shooting a third-round 68. “He was very much pressing for a lay-up there and laying up was the smart shot.

“I had 228 to the hole. I couldn’t see the green, given where the tree was located. I’m right-handed. I could see the right edge of the tower, but my ball – the actual shot wasn’t blocked. It was just about committing to what you can see and what you actually know is there.”

So Spieth took a mighty lash, found land and ended up 30 feet from the hole, similar to how Palmer would’ve. After a two-putt birdie, Spieth was a shot out of the lead, firmly in the hunt for his second green jacket and in contention for the fourth consecutive year.

“I thought, in order to win this golf tournament – I hit my favorite shot I’ve ever hit in competition in my life on that hole going for it when we had that decision in 2015. And so there’s good vibes. ‘What would Arnie do’ was my way of expressing it to Michael, which we all know exactly what he would’ve done. And I’m proud that I pulled that shot off and it led to a 4, 3 1/2, almost a 3.”

Spieth is a 4 under par and tied for fourth place, two shots behind Justin Rose and Sergio Garcia. He will be paired with Rickie Fowler in the penultimate group of the final round Sunday at Augusta National.